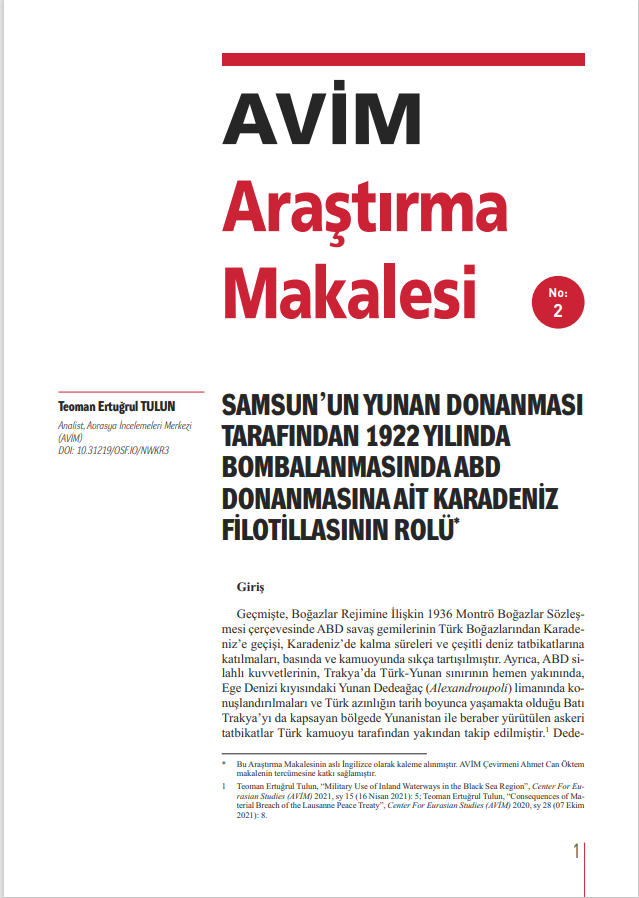 As to Samsun, the bombardment took place in the summer of 1922.The point that draws attention in this historical event is that, at the time when the Greek navy bombarded Samsun, the destroyers belonging to the US navy were also present in the port of Samsun. According to the information provided in various publications regarding this bombardment, including academic ones, these US navy warships were Clamsen class destroyers of USS Sands (DD-243), USS, McFarland (DD-237), and USS Sturtevant (DD-240).