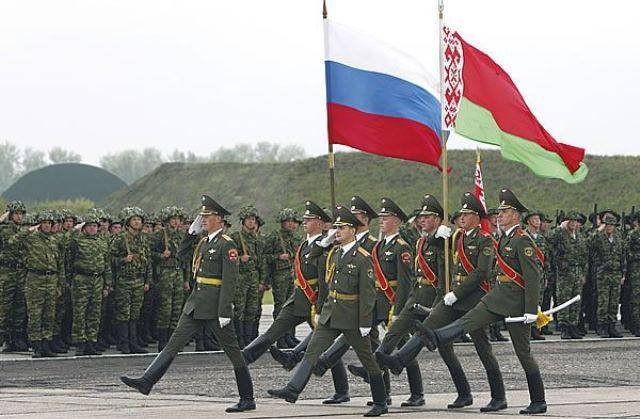 The Zapad 2017 military drills jointly conducted by Russia and Belarus every four year are scheduled to take place in Belarus, the Kaliningrad enclave, and Russia’s western regions bordering the Baltics and Poland on Sept. 14-20. These drills have amplified the security concerns not only of the Baltic states, Poland, and Ukraine, but also of NATOofficials. The drills also raise questions as to whether they are only related to combat readiness training or a cover for Russia’s suspicious geopolitical ambitions. Either way, they demonstrate Russia’s increasing assertiveness vis-a-vis the West and point to the emerging counters of the geopolitical game, in the context of the wider background of a maturing New Cold War two decades after the fall of the Soviet Union.

The magnitude of the drills is the primary cause of concern for the West and the states neighboring western Russia. Russia and Belarus have declared that 12,700 troops, 70 aircrafts, 680 armored vehicles, 200 artillery units and 10 war vessels will be involved. However, Western some experts claim that to escape international responsibility related to the presence of international observers to monitor the drills, Russia and Belarus have deliberately misinformed the international community about the magnitude of the drills. Some analysts estimate that the drills will involve 70,000-100,000 troops and many more vehicles than announced. The fact that the 2015 Trident Juncture, the largest NATO drills since the Cold War, involved 36,000 troops, demonstrates the comparable vast magnitude of Zapad 2017. Certainly, the highly strained relations between Russiaand the West add to the worries arising from these latest drills.

Russian and Belarussian officials insist that Zapad 2017 is a purely defensive exercise in the face of the increasing NATO presence on Russia’s western border. However, this declaration hardly convinces Russia’s western neighbors.

One fear expressed by the Baltic states and Ukraine is that Zapad 2017 could be a cover for the initial step of a Russian invasion. Those who sustain this claim point to the Russian military intervention in Georgia in 2008 and the occupation of Crimea in 2014, which occurred just after Russian military drills in the North Caucasus and at the Russia-Ukraine border. It has also been argued that the 4,000 NATO troops already deployed in Eastern Europe would be an ineffective force to prevent such a scenario. On the other hand, Russia may seek to encourage the further deployment of NATO troops as a “provocation” in order to legitimize any probable aggressive acts.

Another concern is that Russia might permanently station its forces in Belarus after the drills. In this way, Moscow would gain further leverage over its uneasy ally Belarus, which in recent years has sought to rehabilitate its relations with the West to counterbalance Russia. Such an occurrence would also mean another step toward Russia’s encirclement of Ukraine, given that Russian troops are already stationed to the country’s south (Crimea), east (Donbass), north (Belgorod in Russia on the Russia-Ukraine border), and southwest (Transnistria).

In addition to these, Zapad 2017 is perceived as an attempt to intimidate NATO, which in recent years has accelerated its efforts to strengthen its presence in Eastern Europeand the Baltic states. It is also believed that by conducting military drills in order to exacerbate security concerns, Russia aims to test both NATO’s capability and determination to protect Poland and the Baltic states. NATO’s failure to effectively ease the worries of these states may cause dissention between established and more recent members of NATO. This would grant Russia leverage to weaken Western hegemony over the long run.

There are also those who perceive Zapad 2017 and the possible permanent deployment of Russian troops in Belarus as a preparation for a future war with NATO. In addition, worries have been expressed regarding the possibility of accidental confrontations between Russian-Belarusian and NATO forces during the military drills.

Although a Russian military intervention in the Baltic states, Poland or Ukraine seems unlikely under current circumstances - and amid an absence of significant Russianpropaganda in this direction - it may be argued that Zapad 2017 is just another case of Russian bravado. However, the unpreparedness of the West vis-à-vis Russia’s hard-power politics nevertheless signals the limits of the West as a reliable “big brother” for the Western-oriented post-Soviet states, in a geopolitical context that is rapidly evolving into a New Cold War.

* Turgut Kerem Tuncel is a senior analyst for the Ankara-based Center for Eurasian Studies.

Link to the where the article was originally published: http://www.hurriyetdailynews.com/concerns-regarding-the-zapad-2017-russia-belarus-joint-military-drills.aspx?pageID=238&nID=117759&NewsCatID=396