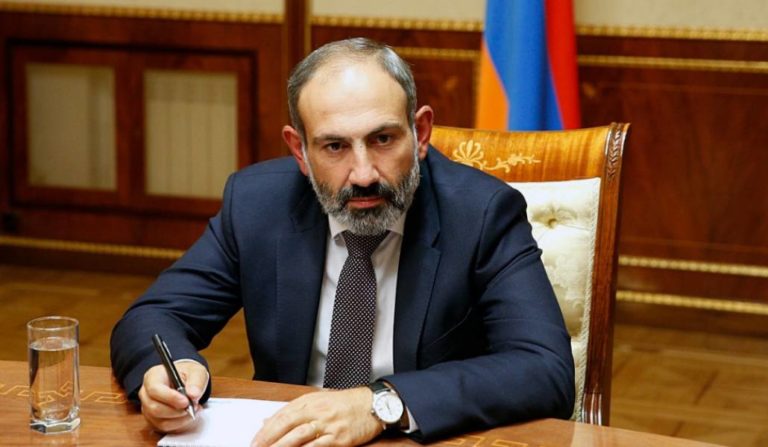 In the first post-Soviet decade, many analysts in the South Caucasus, Russia and the West viewed the Armenian-majority Javakheti region as “the most dangerous potential conflict in Georgia” despite the fact that, even then, Abkhazia and South Ossetia had taken far more steps toward secession (Svante E. Cornell, Autonomy and Conflict: Ethnoterritoriality and Separatism in the South Caucasus: Cases in Georgia, 2002, p. 196). Tensions in that region have been high at various times over questions of the use of the Armenian language in the region as well as deficient economic development. And yet, there has so far only been one case in which the situation appeared on the verge of devolving into serious violence. That occurred in August 1998, when armed Armenians in the region thought that the Georgian military was coming to deport them from their homelands and were prepared to fight. But the Georgian troops withdrew and tensions subsided.

Today, the situation again looks at risk of exploding, this time in the wake of the declaration by Armenian President Nikol Pashinyan that Karabakh is “an inalienable part of Armenia.” Pashinyan’s statement was intended to win him support not only among the still-powerful Karabakh clan in Yerevan but also among Armenian nationalists more generally. But as a result of the prime minister’s sharpened rhetoric, some in the Armenian capital now appear prepared to increase support for ethnic Armenians beyond just the breakaway territory of Azerbaijan, to also include their ethnic kin in Georgia’s Javakhetia region. Moreover, that support could also be directed at the United Javakhk Democratic Alliance, the political arm of Javakheti Armenians that claims it wants only greater autonomy for the region, including more rights for the Armenian language (Regnum, July 15). However, to the extent that Yerevan could become involved, some in Javakheti may suddenly decide to pursue more radical goals, including unity with Armenia. If things begin to move in that direction, Tbilisi could suddenly face another secessionist challenge, in the south.

More than likely, Yerevan will ultimately back away from any such efforts. First of all, Georgia is currently Armenia’s only reliable land route to the broader world, and any moves to change the as-yet-incompletely-demarcated border between them would certainly prompt a highly negative response by Tbilisi. Furthermore, Baku and the West would also admonish such actions, with the former seeing them as opening the door to more Armenian aggression against Azerbaijan and the latter concerned about their impact on the oil pipeline and rail link between Azerbaijan and Turkey that pass through this part of Georgia. (Panorama.am, June 24; Moscow-Baku.ru, July 8).

Nonetheless, loose talk about “Armenian territories” beyond the current borders of the republic, coupled with visits to Javakhetia by Pashinyan himself in May (see EDM, May 7) and by diplomats last month (Armenpress.am, July 21), are broadly sparking concerns. Even some ethnic-Armenian activists from Javakhetia are worried the situation is now at risk of spiraling out of control (Regnum, July 15), bringing with it consequences that Pashinyan and his regime have failed to take into account. Consequently, the emerging reaction to his words demands the closest attention, a point that Azerbaijani analysts are emphasizing (Aze.az, July 19).

As often happens, those who appear to be behind the creation of a problem are blaming others—in this case, the Georgian government. A week ago (July 29), Armenian political analyst Artur Kagosyan did just that, arguing that Tbilisi’s policies with respect to the Armenians of Javakhetia have “created a new hotbed of conflict in the Caucasus,” this time not in South Ossetia or Abkhazia but in Samtskhe-Javakhetia (as the Javakhetia region has been known since 1995) (Worldandwe.com, July 29).

Using words that echo Russian propaganda, Kagosyan suggests that all the post-Soviet states trying to join Europe have failed to adopt European values and have been violating the rights “not only of Russians but of other peoples as well” in their drive to form “mono-national societies” and leave behind “forever the many centuries of life together in the Russian Empire and the Soviet Union.” Georgia is typical of this pattern, he writes. Kagosyan further contends, “[A]nd after Tbilisi tried to artificially make Georgians out of Abkhazians and Ossetians and lost as a result Sukhumi and Tskhinvali, it did not give up its attempt to artificially increase the number of Georgians” elsewhere by discriminating against the Armenians in Javakhetia.

Having just visited the region, Kagosyan says, he can report that the Armenians who live there complain “the Georgian authorities are not giving people the full opportunity to teach their children in their native language […], are forcing Armenians to change their last names,” and are promoting “the highly unscientific theory” that the Armenians there are in fact “Gregorian Georgians.” He adds that Georgia has done little or nothing to promote economic development of what is one of that country’s poorest regions, excusing its failures by saying that, until the people there learn Georgian, they cannot possibly participate fully in Georgia’s economic life. The only reason conditions in Javakhetia are not worse, he asserts, is because of remittances from Javakhetia Armenians now working elsewhere and because of assistance from Armenian communities abroad. For all these reasons, Kagosyan insists, the population of the region has fallen by more than a quarter over the last decade to 155,000, with most of those departing being ethnic Armenians.

“Tbilisi is playing with fire,” the Armenian analyst says, “and testing the patience of people. But this will not last forever.” At the same time, he adds, many Armenians in Javakhetia do not understand why Yerevan is not doing more. Instead of talking about the rights of sexual minorities, as Pashinyan has done regularly, he should be talking about and taking steps to protect his co-ethnics in Javakhetia, Kagosyan concludes (Worldandwe.com, July 29).