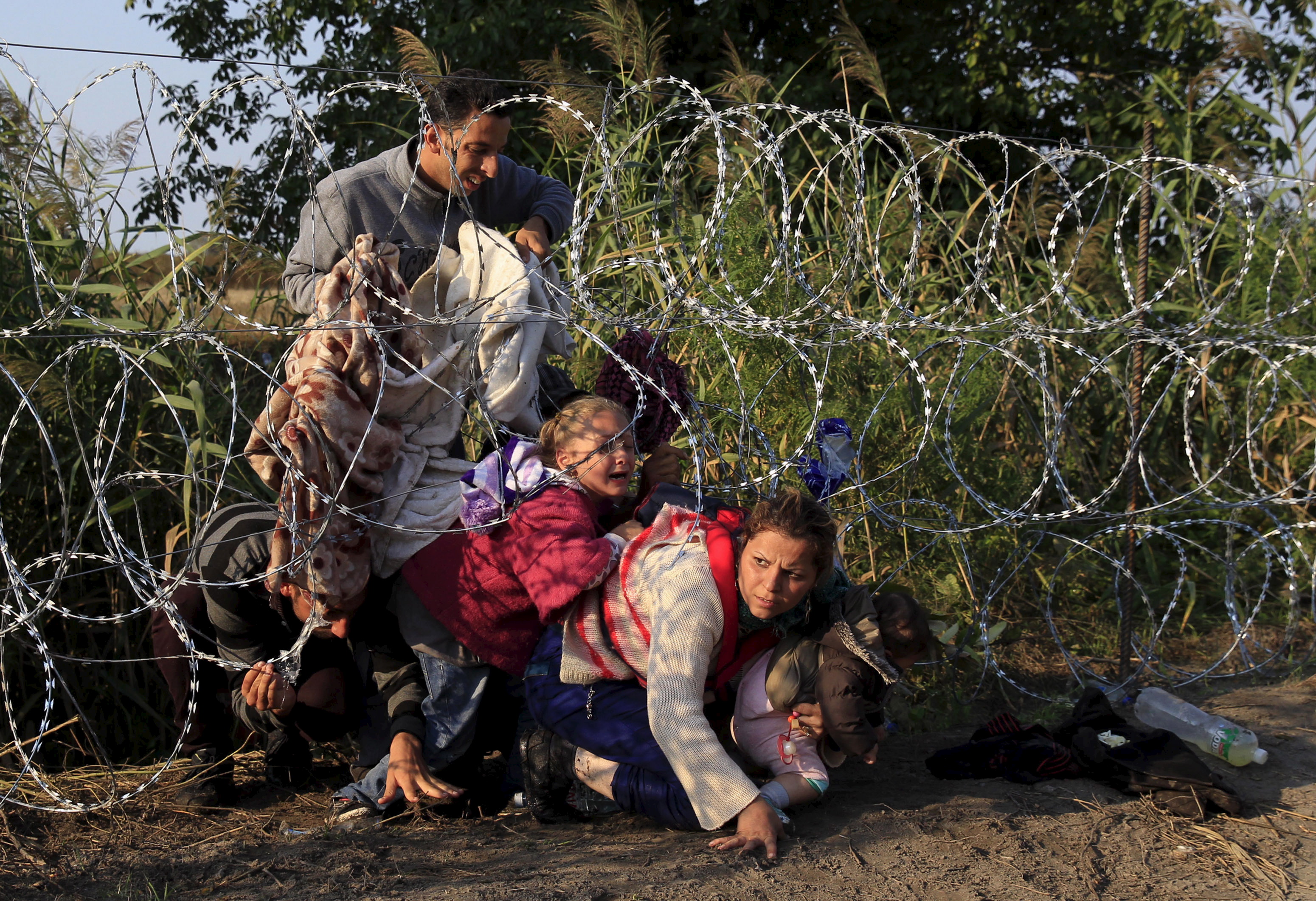 The aim of this paper is trying to evaluate the migration policy of the EU, which has been changing as a result of the developments in Syria. The reason for this change is closely related with the evaluation of security in which risk understanding turns into a threat perception. One of the reasons for the trigger of risk to threat understanding depends on the number of the migrants, which was an unexpected situation for the Europe. With the outbreak of the civil war in Syria in 2011, approximately one million people requested asylum to Europe.[i]

Number of migrants and refugees that crossed into Europe created the problem of how to deal with these people. The problem is not only about how to resettle them but also about how to deal with the security risks that have been carried into Europe by the refugees and migrants, which has the potential to turn into threat through the lenses of the EU countries. This understanding has two faces.

One face is about the perception about the strangers who fled into Europe in high numbers that are mostly Muslim lead to anxiety in EU countries not only at the level of the governments but also at the level of their populations. Even though in the first instance in some countries such as Germany, migrants were welcomed, it can be observed that after a while there occurred a dramatic change in the attitude of the Europeans towards the migrants. Examples of these situations were seen; in 2015 in Hungary with the kick of a journalist to the migrants who were trying to escape from the police blockade[iv], in Denmark with the acceptance of a law in 2016, the valuables of the migrants will be hold by the government under the justification that the expenses of the refugees will be met, in 2016 the declaration of Austria that a wire fence will be set up between the border of Austria and Hungary in order to prevent the flood of the migrants[v] or in 2017 putting rocks for the prevention of the stay of the migrants under the bridge, which is across La Chappelle refugee center in Paris.[vi]

Migrant and refugee crisis led to conflicts between EU countries, as well. For instance; in 2016 with the declaration of Austria, as they will accept, at the upper limit 37 thousand 500 refugees, resulted with the reaction of Germany. Germany underlined the need for acting together instead of taking decisions unilaterally.[vii] In September 2015, the relocation of the 160.000 refugees was discussed but not the desired decision could be taken.[viii] The disproportioned distribution of the migrants and refugees is still one of the basic problem areas between the EU countries.

The second face of the migrant crisis in EU depends on the existence of ISIS and its terrorist attacks in EU countries, which gains a different nature with the eruption of civil war in Syria. With the beginning of the civil war in Syria, ISIS gained more power and with the flood of the migrants into EU, ISIS gained more capability to carry out its terrorist attacks in EU countries. Another crucial point about this development depends on the evolution of the types of the terrorist events that have been carried by ISIS. ISIS led to a change in the understanding of traditional terrorism. This change depends on a strategy that is carried by psychologically. Hence, I would like to name this as “psychological war strategy”. This strategy aims the enduring shock and fear on people. By abusing these emotions, the creation of a persistent fear is aimed, which enhances the perception of the other as enemy. Therefore, othering towards the migrants and refugees is fostered.

For instance; in Paris attack, which was made simultaneously towards the Battaclan concert hall, regions of restaurants and the Stade de France in 2015, elaborates the psychological strategy of ISIS in an obvious way. After the attacks, people gathered together in order to commemorate the decedents and to show that they are not afraid from terrorism. However, as a result of the explosion of a street lamp, which led to the spread of a disinformation in the community about a terrorist attack happened, the response of the people resulted with an uncontrolled fear and panic. This behavior of the crowd implies how ISIS succeeded in creating an enduring fear that can be exploited easily.

As a result of these unexpected attacks, which have been made by the migrants, refugees and the ones who have been living in Europe for a long time and even who become the citizens of that countries lead to a perception change towards the migrants in Europe. Hence, with the eruption of Syrian civil war, which resulted with an unexpected number of migrants that aim to reach European countries and with the effect of ISIS that are multiplied with a rising threat perception and othering attitude of the Europeans towards the migrants turned the European migration policy into a crisis. Collective mind towards the migrants in Europe is shaped through othering on the basis of security concerns, which construct the consciousness of people towards each other as us versus them that jeopardize living together.

*Merve Önenli is a PhD Candidate at The Department of Political Science and Public Administration at the Middle East Technical University.