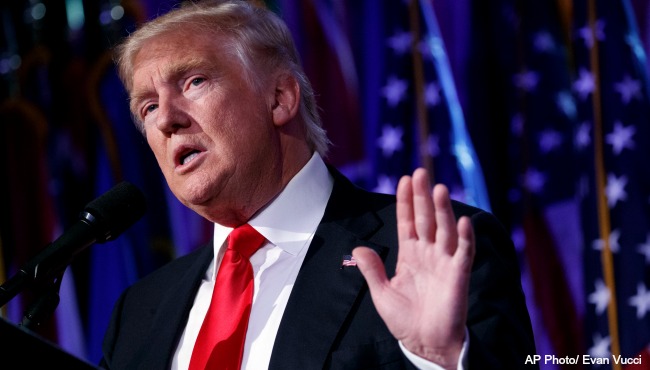 Embracing Iran so uncritically has not been wise.

For years, the Armenian-American lobby has hyped its own importance by insisting that U.S. policy in Eurasia follow its narrow ethnic agenda. Similarly, it demands that the U.S. put Armenian ethnic interests as a pillar in approaching the Middle East. While the views and interests of the Armenian-American constituency obviously need to be respected and included, the problem is that the Armenian lobby’s agenda is largely contrary to U.S. national interests and, perhaps counter-intuitively, to the best interests of the Republic of Armenia.

By encouraging and fanning Armenia’s hostility towards Turkey, a key and indispensable strategic regional ally of the U.S. in the Middle East, and working against a lasting peace with Azerbaijan, the U.S. Armenian lobby has only deepened Armenia’s already overwhelming dependence on Russia and pushed it into Iran’s embrace. That could also explain the Armenian lobby’s warmth towards Iran and affection for all things Iranian. In the meantime, Armenia’s population, ruled by authoritarian and notoriously corrupt former warlords, is declining, and the country’s economy is sinking to ever lower levels every year — also the cause of Armenia’s dire brain drain.

The leaders of the Armenian lobby comfortably residing in California and other U.S. states should know that Armenia’s best shot at true independence and prosperity comes with being at peace and cooperating with its neighbors. Yet, in pursuing a self-serving agenda, the lobby continues to undermine the fragile hopes for regional peace.

Such a pursuit is understandable as a way to ensure the existence of Armenian-American special interest groups; less so in terms of America’s or, in fact, Armenia’s interests.

This may lay at the core of the deep concern and disappointment of the U.S. Armenian lobby with the election of Donald Trump as President. For observers of the region, the nasty anti-Trump campaign executed by Armenian-American activists is no secret. The online campaign proudly announced that Armenian pop stars Cher and Kim Kardashian are “pulling all stops” against Trump, while a noted pro-Armenian celebrity Amal Clooney, whose odd list of clients once included Armenia’s government and Julian Assange, led the anti-Trump effort along with her husband George.

The Armenian concern seems to stem from the fact that Donald Trump is not beholden to Washington’s typical web of special interest groups. He might pursue a more clear-eyed approach to the region, basing it on America’s national interest rather than the interests of a particular lobby. He might even take a sober look at the oversold notion of Armenian political influence in U.S. and notice its increasingly obvious irrelevance. After all, unlike the campaign of 2008 when Barack Obama pandered to the Armenian lobby through its liaison Samantha Power, only to ignore the Armenians for the remainder of his presidency, in 2016 Armenian issues didn’t get any traction or even mention. The lobby, which endorsed Bernie Sanders in the Democratic primary, blames the candidates, of course. A more believable explanation is that the excessive and unreasonable demands by Armenian lobbyists are so irrelevant and over-bearing in today’s world that they were simply overlooked.

As much as the Armenian lobby is attempting to present the outcome of the 2016 congressional races as a success, here too, the facts speak for themselves. The loss of the Armenian Senate champion, the anti-Trump Republican Mark Kirk, and the defeat of the Armenian Caucus co-chair Bob Dold in Illinois, as well as the fall of Nevada pro-Armenian and anti-Trump Senate candidate Joe Heck and another loss for Armenian-American Danny Tarkanian are just the most glaring illustrations of this.

As many have learned, it is hard to predict what President-elect Trump is going to do and which policies he will pursue. The trademark unpredictability has been a part of his appeal and persona, which resonated with the voters. Still, his insistence on pragmatism and U.S. self-interest has been a key element of the campaign. This should put him squarely on the side of pushing for peace and supporting America’s allies.

Inevitably, that should lead to fixing the inconstant and incoherent foreign policy of the Obama Administration, which alienated America’s allies and embraced its adversaries. For the Administration, it means that the next Secretary of State should be different from the once pro-Armenian Massachusetts Senator John Kerry, who favored his Armenian friends recently by casually dismissing chances for peace between Armenia and Azerbaijan, thus halting the ongoing peace talks momentum and undermining his own negotiators.

Hopefully, Donald Trump’s top diplomat will be less open to special ethnic interests and will find time to visit Armenia and Azerbaijan to push for peace rather than to promote democracy in Antarctica.

*Link to the article: https://spectator.org/the-armenian-lobbys-tenuous-relations-with-president-elect-trump/