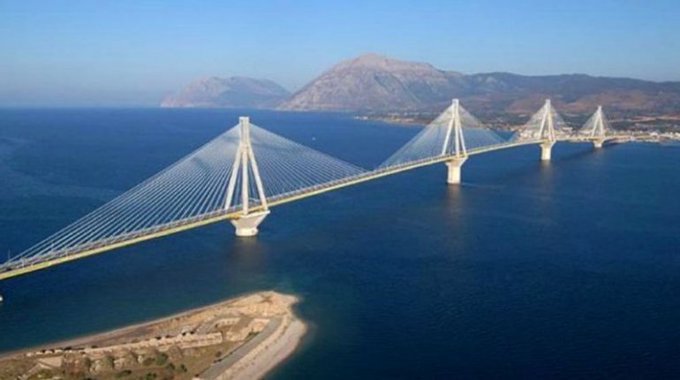 While the EU is expected to play a catalyst role for establishing stability, at the request of a member which is taking advantage of being a part of the Union, it is pouring salt on to a wound that will obviously lead to political and ethnic tension in the Balkans. This does not constitute an understandable, rational situation. The EU drifting apart from its Balkans backyard for the sake of rapprochement with China for achieving the investment agreement is another questionable oddity.

THE EU’S TRIAL IN THE BALKANS (THE PELJEŠAC BRIDGE)

Even during its most peaceful periods, the Balkans has been a region where tensions based on ethnic nationality and beliefs are expected. With its strategic location and multi-national structure, the Balkans has been subjected to the great powers’ games of interest and influence in every period, easily becoming a powder keg.

Unlike the young republics’ commitments in the UN, NATO and similar international mechanisms, it is difficult to say that the parties in the Balkan region can keep their feet on the ground.

It is a great misfortune to see that the Balkans ‘’witch cauldron’’ is still boiling despite the lessons that should be learned from past sufferings.

The national goals of all the new republics are the integration with international organizations and especially full membership to the EU.

Balkan historians often express that Brussels is the new Istanbul for these countries whose EU orientations are at various stages.

The expectation that the conflicts between the Balkan states will end only with the integration of all of them under the EU umbrella is still nothing more than a wish. The half-hearted, unorganized policies of the EU, which has critical structural issues within itself, has created deep disappointment in the region.

The EU’s inability to open its umbrella of integration has incited the most instability in “the most multinational” hotspots of the multicultural, multinational Balkans such as Bosnia-Herzegovina (BiH), Macedonia and Kosovo.

Although it is not a ticking time bomb ready to explode like it was in the past, when considering the Bosnia-Herzegovina, Macedonia and Kosovo conundrums, it is possible to say that the Balkans still pose a potential risk of tension, albeit a low degree.

Hence the Bosnia-Herzegovina/Croatia bridge construction showdown that has been brought to the agenda once again is striking to the international community in this context. Pelješac is much more than ‘just’ a bridge.

The three-year-long brutal Bosnian War during the Balkans’ transformation in the 1990’s ended with the 1995 Dayton Agreement.

In the agreement, the lands of Croatia were divided into two parts by means of leaving the 20 kilometer Neum Town located in the buffer zone to Bosnia-Herzegovina. Moreover, Bosnia-Herzegovina’s expansion to the Adriatic was achieved through the Neum coast densely populated by Croatians.

Soon after the signing of Dayton, Croatia made efforts towards opening the lock that divided its territories into two.

Croatia kept alive the idea of the Pelješac Bridge in order for the Dubrovnik and Split tourism regions, which are generating high income, to be directly connected via highway without passing through BiH lands. It re-implemented the project, which it had to freeze for a period of time due to financial reasons, from 2018 onwards with the support of EU funds.

The Dayton regulations created a complex cantonal federated state model in Bosnia-Herzegovina which was unheard of in political history.

In this unseen structure, while the Presidential Council is formed with the periodic practices of the three constituent peoples’ representatives, the country has five presidents, 14 prime ministers, 180 ministers and 760 members of parliament.

Today, with this political structure, BIH tries to cope with the administrative dilemmas it encounters in every area, including the protection of its vital sovereign rights.

In this sense, Dayton is interpreted more as a long-running ceasefire agreement that has halted the war than as a peace agreement.

There is no agreement that regulates the two countries’ maritime borders to the Adriatic.

By objecting to the construction of the Pelješac Bridge, which will block the transport corridor to the Adriatic and international waters, Bosnia-Herzegovina is claiming that this is a clear violation of the international maritime law principles.

However, out of the three constituent peoples of BIH, only the Bosnian leaders raised an objection of sovereignty to the Bridge’s construction. The Serbians and Croatians, who are the other constituent peoples, silently paved the way for the project by remaining silent.

Due to the complex political structure, this situation is hindering BiH from seeking its sovereign right in international channels as a state. It is not expected that the trilateral Presidential Council’s Serbian and Croatian members will support a probable official objection from the Bosnians.

The Bridge project, which can possibly set the two states against each other, being revived through the EU’s financing at a time when it was postponed, significantly raises concerns. The EU stipulated support of 350 million Euros and the construction bid was granted to China with the EU’s approval.

The EU, which considers the Balkans as its backyard and is assumed to want peace and stability in the region, has given rise to an incomprehensible oddity by supporting this sensitive issue with special grants.

The Bridge construction being contracted to China by the EU, which is one of the largest organizations of the West that is expected to become estranged from China on insistence of America, is another oddity that raises questions.

China has caught an opportunity to hit two birds with one stone. While the “Belt and Road Initiative”, also called the Modern Silk Road, is taking concrete steps through the Bridge while the EU-China investment partnership is also gaining momentum.

The Bridge project, which was achieved with Germany’s assistance to Croatia’s proficient intra-EU diplomacy, will be the most valuable product of the EU-China investment partnership for now.

Except for the Bosnian people of BiH, Pelješac is pleasing all of the parties, including Croatia, EU, and even China.

While the EU is expected to play a catalyst role for the establishing of stability, at the request of a member which is taking advantage of being a part of the Union, it is pouring salt on to a wound that will obviously lead to political and ethnic tension in the Balkans. This does not constitute an understandable, rational situation. The issues that will arise in the long term will occupy the EU the most. It is seen that the EU is making another grave mistake, of which many previous examples have been observed in the past (for instance, Turkey’s full membership being abnegated for the interests of the Greeks-Cypriot Greeks).

BiH, which unable to defend its sovereign right even in a case of clear violation of international law, has a limited chance for objection, negotiation or diplomatic initiative. As the Croatian and Serbian partners, who are the other pillars of the trilateral administration, have not supported the Bosnians, their official channels for claiming rights have been obstructed.

Turkish diplomacy, which has played a role in connecting Neum to BiH through the Dayton Agreement, is expected to undertake a meticulous diplomatic mission once again in order prevent this country’s vital arteries from being clogged.

The sovereign right of BiH, which has its hands tied and is in a remediless situation, being violated this way may lead to new tensions in the future. Such tensions would require more energy for their resolution.

It will be beneficial to bring to the attention of Croatia, the EU, China, the US and other interested parties, through tactful language, efficient shuttle diplomacy, and before it’s too late, that the miscalculation made by the EU in a region ready to surge up such as the Balkans needs to be corrected sooner rather than later and no matter what the cost. 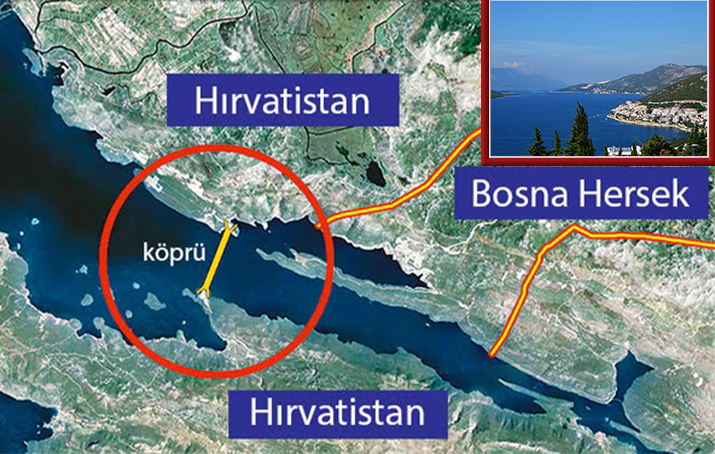 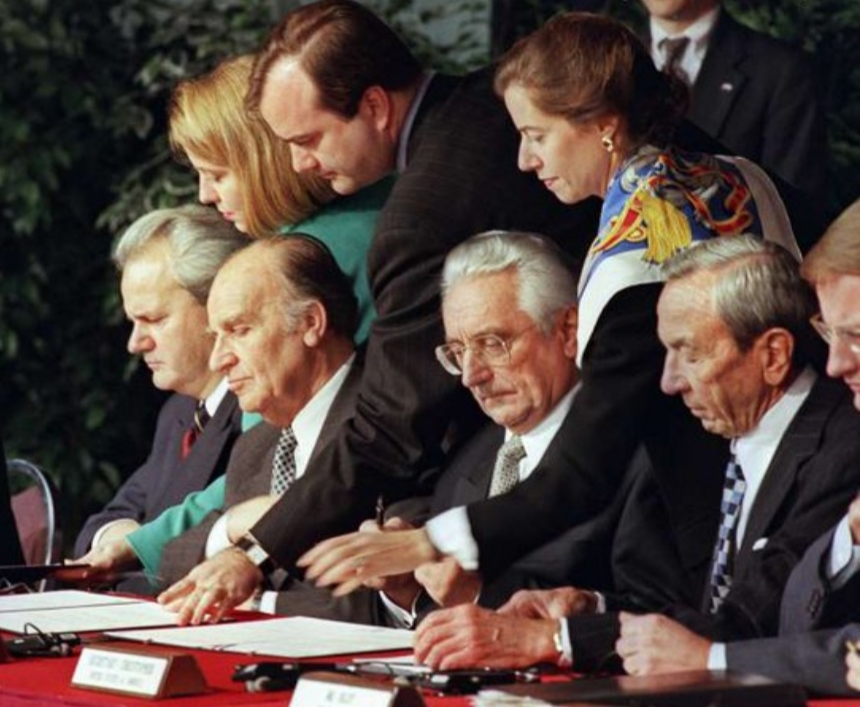 ***This is the English translation of a Turkish-language article that was published by AVİM on 8 March 2021. To view the original article, please click: https://avim.org.tr/Blog/AB-NIN-BALKANLAR-SINAVI-PELJESAC-KOPRUSU-08-03-2021