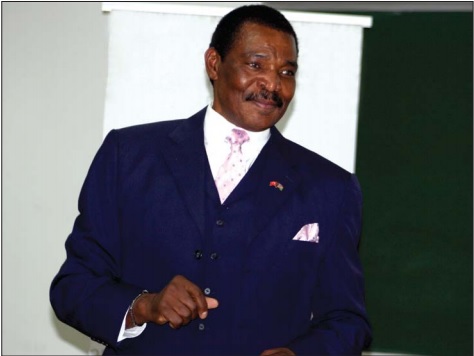 Contemporary issues which have their roots in the historical experiences of particular peoples are hard to distil, especially experiences which impacted people's existentialist memories - both on the sides of the 'wrongdoer' as well as the 'wronged'. Such events generate, with equal vigour, accusations on the one hand and defences on the other.

Amongst such historical events are collective experiences that are chiefly described as crimes against humanity. The most unfortunate aspect of these events is the fact that they can neither be relieved by merely reading or feeling strongly about them, nor can they be erased by denying that they took place. We can only interpret them in accordance with our own ignorance, prejudice or preference.

Objectivity is difficult to maintain in events that generate strong emotions all around. We who live today can only use our imaginations based upon what we read, hear and decode. As nations attempt to reinvent themselves with the knowledge and enlightenment that came with time and exposure to the wider world, it is only human that they try to amplify and/or airbrush certain moments in history to suit their current sentiments about the importance or the harm that talking about such events might bring. In the contextual trajectories of nation-building, which each nation had to traverse on its own, there are inevitable great strifes and fundamental contradictions along the way. Today, we may describe many events as untrue, banal and inhumane, because people, for reasons known to themselves at the time, did unto others that which they would not have wished to be done to them. It can be argued that at the times when those deeds occurred, the preoccupation was not so much to do harm, but to self-preserve.

Since the days of Noah, many atrocities have been carried out 'by men to men'. Humanity always nurtured conceptions of social difference, some sense of in-group versus out-group, hierarchies of good versus evil, superior versus inferior, desirable versus undesirable and notions of danger to be avoided. Historically and anthropologically, peoples everywhere always had a name for themselves that excluded others, calling only themselves 'the people' and assigning lesser status to others. If what set 'the people' apart from others was language, habits, customs, and so on, then such others received unkind treatment commensurate with their designation as inferior, not fully human, pagans, savages, or even animals. Beginning with the Book of Genesis, there were moments when God ruled to 'destroy all flesh in which is the breath of life from under heaven', save for Noah and one pair of all human and animal life.

There were many other instances when decrees were issued to destroy all human life as the will of God. In other words, in prehistoric times, enemy ethnicities were not only eradicated, but enslaved, generally children (particularly girls) and women (particularly virgins) who were spared murder, and perceived as least able to offer resistance, and as sources of offspring for the dominant group. Records of ancient wars tell a tale of a combination of gender-selective mass killings and root-and-branch destructions of communities. Genocide was not in common parlance until the end of World War II.

The term genocide was coined in 1944 by a Polish Jewish holocaust survivor, Raphael Lemkin, by combining the Greek words genos (tribe or race) and Latin word cide (killing). Genocide refers to a coordinated plan of different actions deliberately aimed at the destruction of essential foundations of the life of members of an ethnic, racial, religious, or language group, ending in an annihilation of the group itself.

This act is carried out by an authority with power to do such harm. Article 2 of the Convention on the Prevention and Punishment of the Crime of Genocide (CPPCG) of 1948 extended the description of genocide to include: "any of the following acts committed with intent to destroy, in whole or in part, a national, ethnic, racial, or religious group, as such: killing members of the group; causing serious bodily or mental harm to members of the group; deliberately inflicting on the groups conditions of life, calculated to bring about its physical destruction in whole or in part; imposing measures intended to prevent births within the group; [and] forcibly transferring children of the group to another group."

At the moment, the raving debate in Europe and beyond is whether the events that took place in pre-modern Turkey in 1915 - with the terrible experiences of the Armenian subjects of the Ottoman Empire, and the German decision and order to annihilate the Herero and Nama inhabitants of modern Namibia, are to be adjudged as being similar under the rubric of genocidal crime. To determine objectively what historical events constitute a genocide and which are merely criminal or inhuman behaviour is not a clear-cut matter. In nearly every case where accusations of genocide have circulated, partisans of various sides have fiercely disputed the details and interpretation of the event, often to the point of depicting different versions of the facts.

The genocide debate is upon us, and is a hot issue in Europe now, whereby states attempt to pass over to others very specific events that must be distilled in the context they occurred. Without considering the particular circumstances, it is nigh impossible to get a useful handle on a very difficult and emotive subject such as genocide. In part because accepting the event of genocide has serious implications, particularly for the accused. As in normal circumstances, determining the merits or demerits of the subject at hand, or to arrive at a conclusion whether a particular misdeed happened at all, the context, intention of role players and objective factors are of cardinal importance. In the revisionist atmosphere in which the debate takes place right now, it is both necessary and helpful to look at these very difficult historical narratives through an objective prism, and not that of the accuser or defender.

Firstly, history never runs in a straight or linear line. Like one old scholar once noted: 'History is a more or less objective account by a more or less biased individual about something which, with a greater or lesser degree of accuracy, occurred within a greater or lesser proximity, at some point that did or did not happen in the past.' There is more to the narratives than the accusations that are peddled with varying degrees of the truth and for different purposes.

Secondly, it is very important to go back to the definition of the term or concept as a guide in the debate so that the outcome is useful today and the future. Even though there is very little argument that during epochal events in Turkey during World War I, there were events where great human suffering was inflicted upon the Armenian community, the totality of that terrible period in the history of Turkey could not, objectively, equal the experiences of the Herero/Nama communities in Namibia in 1904-08. The context is as follows: (a) The Armenians shared territory with the Ottoman Empire or the Young Turks authorities that inflicted the suffering. The Armenian people had lived alongside the Turks for centuries before the unfortunate event of the war which highlighted what were otherwise normal differences between Muslims and Christians - even in the contested eastern Anatolia. The Herero/Nama communities were not in Germany, but lived their lives on their own land in Namibia, Afrika.

(b) There exists no evidence of clear intent on the part of the Ottoman authorities at the time evidenced by a deliberate instruction by way of a document that instructed the annihilation such as the unambiguous Vernichtungsbefehl (the order of extermination) issued by the German authorities in respect of the Herero/Nama people. (c) An outside observer would not see immediate racial difference between the Turks and the Armenians as was the case between Germans who were white and Herero/Nama Afrikans. (d) The concept of Pacta Sunt Servanda (agreements must be kept) does NOT apply in the case of the Republic of Turkey which was non-existent at the time and where there was a deliberate political movement to dislodge the Ottoman rulership and replace it with modern Turkey which came into existence on 29 October 1923. (e) There was no declaration of war as such between the Ottoman rule and the Armenians as there was between Germany and the Herero/Nama communities who were resisting European encroachment of their territory. The war in Turkey was between the Ottoman and Allied Powers - Russia in the east and Britain and France in the west.

Thirdly, unlike with the Jews who formed a separate independent state after the holocaust and Namibia that became an independent nation, there are still Armenians who are part and parcel of the Turkish nation which is today the most liberal Muslim state.

Let us turn to the two situations under review, namely the German adventurism in Namibia and the pre-modern Turkey Ottoman expeditions that led to the killing of many people. Brief descriptions of these events are the following: In April 1915, the Ottoman Empire under great pressures of World War I convinced itself that the non-Muslim communities were becoming increasingly loyal to the forces threatening the identity and interests of the entire Ottoman caliphate. Before that, the Armenian minority communities had thrived under the Ottoman rule--with their members having access to better education and wealth. As part of the war manoeuvres, the 'Young Turks' fighting for a free Turkey considered the Armenian communities who were sympathetic to Russia as a stumbling block to their political ambitions. Thus, the argument that the Armenians were in harm's way and not targeted as such as in the definition of genocide does not hold water. Available evidence indicates that official decisions upon which acts of human destruction were based were to remove them from the war frontiers in order to execute the liberation war against the enemies better. The Armenians were not the target of the war, even though the suffering was beyond doubt, terrible.

On the other hand, in the case of the Herero/Nama communities in Namibia, an execution of an order which was issued on 2 October 1904 by a representative of the German Kolonialverwaltung was 'to shoot and kill any Herero found with or without a gun'. It is for this reason that historians have described Namibia as the site of the first genocide in the 20th Century. It is in this context that the German Government has accepted the definition of genocide in relation to Namibia. The same cannot be said about Turkey which was in the throes of fighting for independence and selfhood at the time. Genocide is a very specific crime with very precise terms of reference. It would behove researchers to focus on the facts rather than what is convenient. To be clear, there are countless atrocities committed in history - such as slavery, infanticides, our own treatment of the original inhabitants of Southern Afrika and modern day inhumane experiences such as ethnic wars and the Cassinga massacre - none of which fit the definition of genocide. This objectivity is necessary to guide current and future experiences of genocide so that its meaning remains universal, and so that judgments around it are not subject to opportunism and arbitrary sentiments at a given time. Furthermore, there are many other situations, such as apartheid and countless other crimes against humanity in the last several hundred years, which do not fit the juridical definition of genocide.