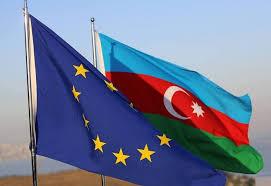 Negotiations on the renewal of Partnership Agreement between Azerbaijan and European Union (EU) which has been in force since 1991, has started in March 2017. After the meeting in Brussels in June, the parties stated that they hoped to finalize the draft of the Agreement until the end of year and meetings would continue intensively.[1]

It is understood from the statements made by the delegates of both parties, that the relations are desired to be based on a solid foundation, leaving disagreements on human rights issues and Azerbaijan’s territorial integrity issue aside. After the meeting in Brussels on July 20th, Azerbaijani Ambassador to Belgium and Head of the Mission to the EU, Fuad Isgandrov indicated that Azerbaijan started to maintain relations with EU via more pragmatic objectives and the projects like Southern Gas Corridor might be a ground for attaining this goal. [2]

Briefly having looked at the history of their bilateral relations, it can be explained why Azerbaijan wants to improve its dialogue with EU around more pragmatic objectives. It will be recalled that European Union attempted to sign the Partnership Agreement with Azerbaijan on 2010, 2013 and 2015 but it didn't get any results from that attempts. In Azerbaijan public opinion, the belief in the EU was shaken especially on the matters of Azerbaijan’s territorial sovereignty and integrity because no concrete steps were taken by EU.[3]

The year of 2015 during which the tension in relations increased, can be evaluated as a turning point for Azerbaijan’s expectations. During the preparation for the signing of the Partnership Agreement in 2015, European Parliament’s issuing of “Joint Motion for a Resolution” caused Azerbaijani disappointment. In that motion, Azerbaijani government was criticized for its policy on Nagorno Karabakh and its violations of human rights.[4] The Azerbaijani government and public were convinced that the EU had been practicing double standard between Azerbaijan and Armenia.[5] President of Azerbaijan Ilham Aliyev underlined that territorial integrity and sovereignty of Azerbaijan should be respected and stated that Azerbaijan did not intend to participate in any union. [6]

The draft prepared by Azerbaijan aims to establish expanded cooperation and partnership in many areas such as politics, security, transportation and migration issues, different from the text presented earlier. The part that Azerbaijan especially wants to emphasize relates to policy and security issues. As aforementioned, Azerbaijan desires to establish an equal relationship with the EU. For this reason, it is requested, that the issues under the heading of policy and security, should be designed so as to, not impair Azerbaijan’s sovereignty rights.

However, an important point should not be overlooked. While on the one hand EU, who has been in the process of signing a Partnership agreement with Armenia, continues to support the claims of Armenia especially on the issue of Nagorno Karabakh, on the other hand is defending Azerbaijan’s territorial integrity.[8] Under these circumstances, It is not clear whether the support Azerbaijan expects from the EU about Nagorno Karabakh will come or not. As of now, it does not seem to be possible to take a step for a solution in the light of the intentions to develop mutually beneficial relations between Azerbaijan and the EU nor to expect EU to start a search for a solution of the Nagorno Karabakh problem acceptable to Azerbaijan.

The political dialogue that Azerbaijan wants to build with the EU is intended to focus on concrete issues under the title "energy and trade volume". In this way, it is a solid goal for Azerbaijan to increase its ability to act in political matter. It can be said that Azerbaijan considers extending its relations with EU on a more solid level particularly with the projects like Southern Gas Project. Through such projects that will provide mutual benefits, Azerbaijan will become one of the important alternative sources of energy for the EU. It is thought that other economic activities that European investors will initiate in Azerbaijan would also contribute to development of bilateral relations.

*Tutku Dilaver continous her studies at Yıldırım Beyazıt University as an MA student.

[7] "Fuad Isgandarov's interview for ‘Trend’ news agency on EU-Azerbaijan relations", Embassy of the Republic of Azerbaijan  to the Kingdom of Belgium and the Grand Duchy of Luxembourg Mission to the European Union, July 20, 2017,  Accessed: August 15, 2017, http://brussels.mfa.gov.az/news/4/3243.

[8] “Press Statement by Edward Nalbandian on the results of the 17th meeting of Armenia-EU Cooperation Council”, Republic of Armenia Ministry of Foreign Affairs, accessed August 15, 2017, Press and Informationhttp://www.mfa.am/en/press-conference/item/2017/05/23/min_armeu17.