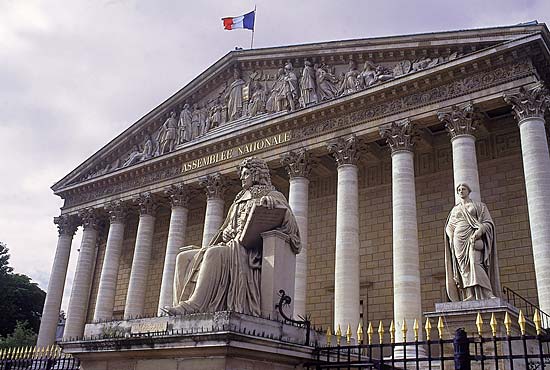 The French Senate, on 25 November 2020, and the National Assembly, on 3 December 2020, have each adopted a resolution requesting the French government to recognize the Upper Karabakh region of Azerbaijan, which has declared itself as an independent republic in the previous years and is governed by separatist Armenians.

As it will be explained in the sections below, the case that needs to be highlighted is that the French government is clearly opposed to the request for the recognition of Upper Karabakh. Moreover, it is being stated that the resolutions are not binding.

In the resolution of the Senate, the military operations by Azerbaijan allegedly supported by Turkey and “mercenaries” are condemned, Azerbaijani forces are requested to withdraw immediately, and the measures to be taken by the Government are listed. The resolution additionally requests that humanitarian aid is provided to the civilian population as a priority and, within the framework of the OSCE Minsk Group’s activities (of which France is a co-chair), to initiate negotiations with the aim of finding a permanent solution to return to the 1994 borders.

Furthermore, the resolution asks for the consequences of Turkey’s role in the diplomatic field to be evaluated and for the most efficient response to be given together with the European partners.

The resolution calls for the “Republic of Upper Karabakh” to be recognized and emphasizes that this needs to be considered as an appropriate negotiation tool to find a permanent solution to the Karabakh conflict.

During the deliberations in the Senate, 14 senators took the floor, while the last speech was delivered in the name of the Government by the State Secretary of the Ministry of Europe and Foreign Affairs Jean-Baptiste Lemoyne. The speech of State Secretary Lemoyne, who went up to the rostrum right before the vote, unusually included elements against the draft decision. Lemoyne stated that France must remain neutral if it wishes to maintain its influence in the Minsk Group and, questioning the benefit and efficiency of France’s solitary recognition of Upper Karabakh, added that this would not provide an advantage to any party.

Lemoyne reminded that President Macron was the first to draw attention to the sending of mercenaries since the outbreak of the fighting and expressed that the policy of France is based on assistance to the civilian population, protecting cultural properties, and finding a political solution. He touched on the relations with Turkey by reminding that the Grey Wolves Movement was recently banned in France and stated that all of these subjects would be discussed during the EU Summit that would take place on 11 December. The Secretary of State, underlining that the Government was aware of the importance of the matter, emphasized that no state, including Armenia, has recognized the “Republic of Upper Karabakh” to this day.

Meanwhile, Turkey has reacted to the resolution. Foreign Minister Mevlüt Çavuşoğlu, stating that he rejects in its entirety the alleged claims regarding Turkey, expressed that the French Senate’s resolution reflects an approach that disregards international law for the sake of internal political considerations and that the references in the resolution regarding Azerbaijan’s withdrawal from its own territory that it has liberated from occupation are ridiculous, one-sided, and detached from reality. Çavuşoğlu, reminding that Turkey always sided with peace, stated that cooperation can be made with France to establish peace.

The Minister of Europe and Foreign Affairs Jean-Yves Le Drian attended and delivered a statement at the meetings of the French National Assembly. The Minister said that he understood the sensitivity of the members of the Assembly regarding the matter in question, but nonetheless voiced that such a recognition would weaken France’s role within the Minsk Group and would make it more difficult for France to engage in mediation. Le Drian put emphasis on the fact that even the Armenians themselves do not have a request in terms of recognition and stressed that he was against the recognition.

There have been instances when one may prefer later that such resolutions adopted for various motivations had never been taken. The resolutions adopted by the French Senate and the National Assembly can be considered within this context. It is clearly seen that the French government is opposed to the recognition of Upper Karabakh. It would not be wrong to say that the insistence of the senators and deputies on the request for recognition is entirely based on the considerations of domestic politics, the desire to appease the Armenian community in France, and to providing a new justification for the ever-increasing anti-Muslim sentiment in France. When considering that Upper Karabakh is not even recognized by Armenia, this current situation adds complications rather than providing benefit to the resolution of the issue. Such examples have been seen in the past when the same Parliament adopted resolutions related to Turkey regarding the 1915 events.

**This is the English translation of a Turkish-language article that was published by AVİM on 7 December 2020. To view the original article, please click: https://www.avim.org.tr/Blog/FRANSIZ-SENATOSUNUN-VE-ULUSAL-MECLISININ-YUKARI-KARABAG-A-ILISKIN-ALDIKLARI-KARARLAR-03-12-2020