A Letter From Japan - Strategically Mum: The Silence of the Armenians - Iver Torikian 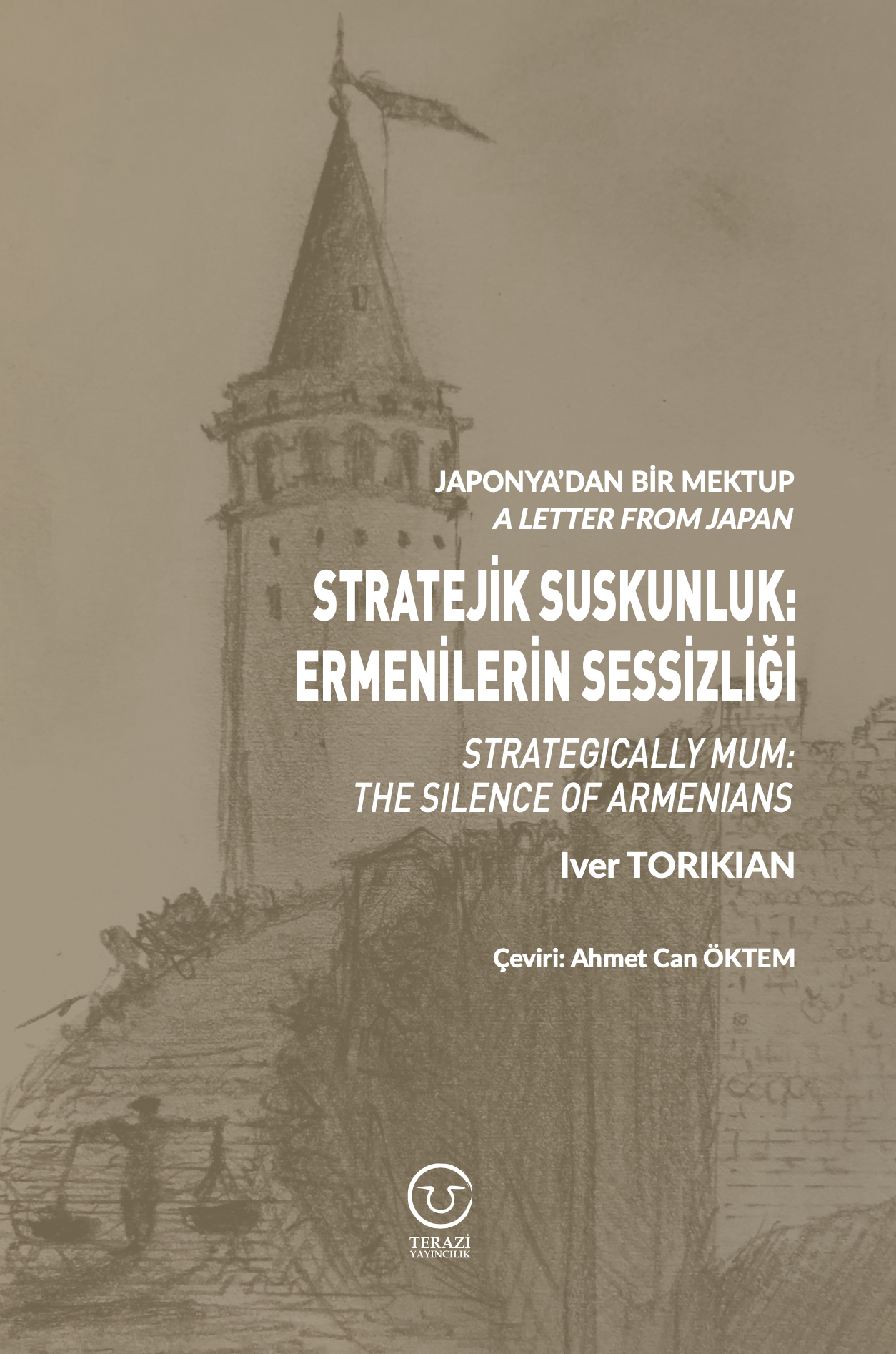 A Letter From Japan - Strategically Mum: The Silence of the Armenians

A letter from Japan reached AVİM on August 2021. The letter in question was sent by Iver Torikian, an Armenian whose family once resided in Istanbul. Torikian stated that he wrote the letter as he wanted the misconceptions in the Turkish-Armenian relations to be questioned.

As AVİM, we published this letter, which reflects the sincere views of an academic of Armenian origin in a free space/atmosphere/setting and with academic objectivity, by dividing it into parts that were published within five days. The complete letter can be read in this issue in English and Turkish.

Before this letter reached AVİM in August, I had an opportunity to meet and speak with Gerard Jirair Libaridian, the Armenian Historian who was invited by the Ministry of Foreign Affairs of the Republic of Turkey to the Antalya Diplomacy Forum as a speaker. During our talk/meeting, with regards to the one-sided Armenian claims, Libaridian shared his thoughts which were reconciliatory and gave a green light for normalization instead of radical views.

In his remarks concerning the elections on June 20th, 2021 and the conflict with Azerbaijan, Historian Libaridian, who served as an advisor to the former Armenian President Levon Ter-Petrosyan, emphasized that Armenia needs to see herself as a part of the region. During his panel speech, Libaridian highlighted those direct negotiations need to be initiated and that steps towards normalization need to be taken between Turkey and Armenia. Additionally, Libaridian expressed that Turkey is ready for normalization, however, that Armenia still has a long way to go. Furthermore, Libaridian underlined that anti-normalization propaganda activities continue in Armenia. Therefore, I would like to state that, while publishing this book, I find it heartening/encouraging to see that many different sources share similar opinions, not the views of a single source.

Studies regarding the Armenian issue are generally discussed in a one-sided manner. However, it is necessary to act on the basis of valuing all viewpoints in a balanced way. There has been mutual suffering. Nonetheless, the Armenians’ claims of being the sole victims do not match with historical facts and deeply hurt Turkey and the Turkish people. Them accusing Turkey and the Turkey people with claims that have not been legally substantiated is unacceptable. It is a fact that our common history hurts both sides. At this point, the presence of an Armenian viewpoint that expresses both sides being hurt/harmed displays that the subject can be approached in an objective way. Hence, I believe that publishing these objective views of Iver Torikian in a book format will serve the common good of both Turkey and Armenia and contribute to the relations, which we hope will develop.