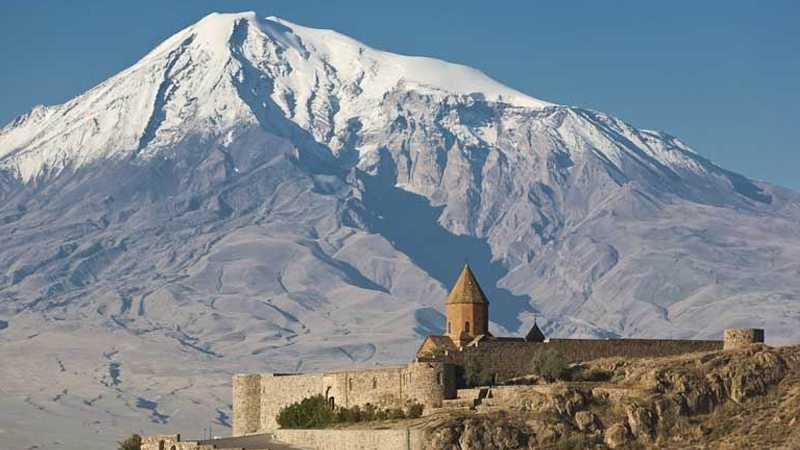 Armenia undertakes consistent measures to consolidate the results of its occupation policy and to maintain an unacceptable and unsustainable status quo.

Pakistan, Azerbaijan and Turkey are strategic partners. Diplomatic relations between Pakistan, Azerbaijan and Turkey are based on mutual respect and unique commonalities of historical, religious and political nature. Right from the beginning, the governments and political leaderships of these countries have been keen to further develop and consolidate the bond of friendship and brotherhood.

Being a regional expert on Azerbaijan and Central Asia, I personally witnessed an article published in the ‘Daily Times’ newspaper on December 25, 2017 titled, ‘Can Harissa act as an ice-breaker between Armenia and Pakistan?” written by Sarmad Iqbal. The writer of this article seemed to be ill informed, biased and slanted towards Armenia. Sarmad Iqbal categorically tried to tarnish the bilateral relations of Pakistan with Azerbaijan and Turkey. The writer of the article had a blind inclination towards Armenia, the aggressor and “cultivation of genocide”.

The Republic of Azerbaijan is a civilised country whereas Armenia has already been labeled as “conspirator”. Azerbaijan is a decent country whereas Armenia has been categorised as a destructor of humanity and an enemy of economic development as well. Armenia has been notorious for its ethnic cleansing, prejudice, bigotry and state terrorism. The Nagorno-Karabakh conflict is the bleeding wound for the Republic of Azerbaijan that is also a looming security threat to the whole region of South Caucasus. Azerbaijan’s successive leaders and people have been striving hard to resolve the Nagorno-Karabakh conflict with Armenia that shows its firm belief in diplomacy and dialogue.

Armenia occupied more than 20 percent of Azerbaijan whereas Nagorno-Karabakh remained an ancient and historical part of Azerbaijan. Now the continued occupation of Azerbaijani territories by Armenian armed forces is a threat to peace and stability in the South Caucasus as well as a source of destabilisation for the region in the future.

The Nagorno-Karabakh conflict is a potential “security threat” to South Caucasus and the European Union as well. Moreover, Armenia’s outdated Metsamor Nuclear Power Plant (NPP), one of the most dangerous industrial facilities in the world, continues to threaten South Caucasus and the EU. The International Atomic Energy Agency (IAEA), the U.S. and other western states have already objected to the reopening of the Metsamor NPP. The EU has also branded the Metsamor NPP as a “serious danger” to the entire region. To protect their people, the regional countries Azerbaijan, Turkey, and Georgia have repeatedly urged Armenia to close the outdated Metsamor NPP immediately. However, Armenia still does not attach any particular importance to nuclear safety which is a gross violation of the protocols of IAEA too.

Azerbaijan has always been open for dialogue whereas Armenia undertakes consistent measures to consolidate the results of its occupation policy and to maintain an unacceptable and unsustainable status quo. Moreover, Armenia’s direct and deliberate attacks against the Azerbaijani civilian population and civilian objects, constitute a serious violation of international humanitarian and human rights law, in particular the 1949 Geneva Conventions and Additional Protocol I thereto, the Convention on the Rights of the Child and the Convention for the Protection of Human Rights and Fundamental Freedoms.

Pakistan reaffirmed the sovereignty and territorial integrity of the Republic of Azerbaijan within its internationally recognised borders. It demanded implementation of resolutions of the UN Security council and the UN General Assembly on immediate, complete and unconditional withdrawal of all Armenian forces from all the occupied territories of Azerbaijan and calls upon the international community and international organizations to urge Armenia for the implementation of these decisions. It supported the efforts of the Republic of Azerbaijan to resolve the Armenia-Azerbaijan Nagorno-Karabakh conflict by peaceful means. But I’m sorry to say that Pakistani writer Sarmad Iqbal has tried to spoil the trustworthy bilateral relations of Pakistan with strategic partners like Azerbaijan and Turkey with his misconceived article published in the Daily Times earlier.

Sarmad Iqbal, by claiming Harissa an Armenian dish falsified and fantasied it as an icebreaker between Pakistan and Armenia. First of all, Harissa is not an Armenian dish. It is originated from Arabian soil and nourished from the experience of centuries. Sarmad Iqbal does not know that merely Harissa cannot act as an icebreaker because of Armenia’s hideous crimes against humanity and the helpless Azerbaijani people who have been forced to live in occupied areas. It is a matter of human blood, not baking powder. And it is not a matter of taste alone, it is also a matter of trust, traditions and tumults where Azerbaijanis laid their precious lives for their beloved country.

Sarmad Iqbal’s hypothesis based on “linguistic doctrine” is not valid in the context of Pakistan and Armenia. Pakistan and India being two different countries do share unlimited commonalities of words which are not deemed to qualify to ignore its perpetual state’s terrorism, atrocities and crimes against Kashmiris for so many years. Being two different nations, we still share commonalities of history, culture, heritage and traditions but there is no compromise and substitute on national sovereignty and territorial respect. Azerbaijan’s culture is rich enough to flourish and does not require any “alien land” like Armenia’s borrowed concept of food, music, living or survival. Azerbaijan is full of life, colour, energy and humanity. Azerbaijan is icon of multiculturalism whereas Armenia is the champion of ethnic cleansing.

The Republic of Azerbaijan is a fascinating country where Armenia is a fanatic by nature. Azerbaijan has achieved tremendous socio-economic prosperity, geo-political stability and geo-strategic importance after the restoration of independence in 1991 under the leadership of National Leader H.E. Heydar Aliyev and President H.E. Ilham Aliyev. On the other hand, brain drain is the hallmark of Armenian macro-economy. Azerbaijan is now a regional economic leader in the South Caucasus and an important economic actor in the Caspian region.

The development and achievements of Azerbaijan are a pride of all Muslim countries and an example of good governance for a number of countries. Moreover, the Azerbaijan Democratic Republic was the first democratic republic in the Muslim world. One of the achievements of the republic was that women were granted with the right to vote much earlier than in many European countries whereas Armenia has been seriously denying basic human rights to its citizens due to which human misery is rampant and unemployment, price hikes and debt burdens are sky high in the country.

The further strengthening of diplomatic relations between Pakistan, Azerbaijan and Turkey is getting momentum these days. The countries signed a joint declaration which depicted their resolve to enhance and diversify their already dynamic relations. The foundation of the new trilateral Azerbaijan-Pakistan-Turkey cooperation was laid and the first meeting of Ministers of Foreign Affairs was held in Baku, on November 30, 2017. The Pakistan-Azerbaijan-Turkey trilateral format has emerged as an innovative and important platform for devising common strategies and developing several projects for joint benefits of the countries. After laying foundation and kick-starting trilateral cooperation, Armenia further became enraged and started to use all its possibilities to spoil this partnership, by using such unexperienced persons as Sarmad Iqbal from Pakistan as well. The said writer claimed that Pakistan is harsh towards Armenia because of Azerbaijan and Turkey which is baseless and factually incorrect. Pakistan, Azerbaijan and Turkey are brotherly countries and there are no hidden agendas between the three, keeping in view their relationship in the historical context along with regional peace and stability.

The said writer in his article purposefully mentioned the name of Aghri Dagh as Ararat plain. Aghri Dagh (Armenians purposefully call it as Ararat) is a mountain in the historical part of Turkey which Armenia claims as the territory of “Great Armenia (United Armenia).” The latter even shows some other Turkish territories in its constitution as Armenian territories without any evidence. This is a violation of international law. People of Azerbaijan and Turkey are patriots and have an emotional attachment with its geographies, lands, seas and mountains.

Pakistan, Azerbaijan and Turkey’s relations are based on a concept of “shared prosperity” and rigorous commercial diplomacy and are consolidated on greater socio-economic connectivity, better political understanding and geo-strategic cooperation along with increasing military cooperation. The government of Pakistan considers Azerbaijan and Turkey reliable security partners in the rapidly changing geo-political and geo-strategic world. The beginning of trilateral cooperation between Pakistan, Azerbaijan and Turkey is a giant step towards greater regional peace, harmony and security. It will provide a “strategic cushion” for all the participating countries.

Diplomacy is a complicated discipline which requires perfection and greater political understanding about different emerging socio-economic, geo-political and geo-strategic issues. Diplomacy also attaches elements of sensitivity, utmost care of bilateral relations and shunning of self-prejudice. Sarmad Iqbal must reconcile his personal vested interests and take care of Pakistan’s bilateral relations with Azerbaijan and Turkey. We are strategic partners with lots of commonalities of history, culture, traditions and civilisation. We have close trace and commerce ties that must not be spoiled by the writing of an ill-informed article with no factual sway. We have a strategic trilateral format of cooperation which needs to be further strengthened and productive for the benefits of all the participating countries. Armenia, as an aggressor and destroyer of holy mosques cannot be a friend of any Muslim country.

*The writer works in a strategic organisation of the federal government and is a prominent expert on Azerbaijan and the CIS.