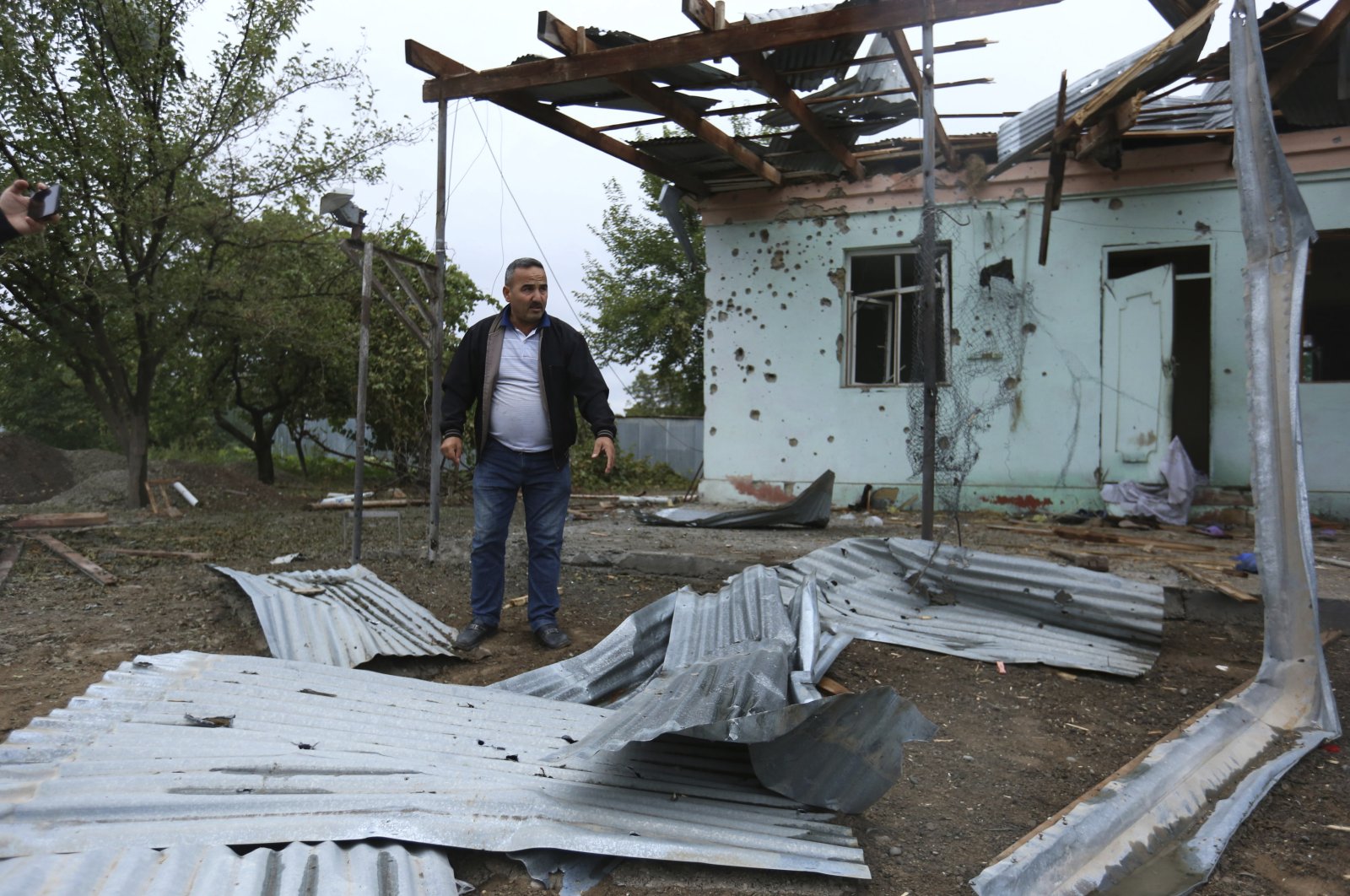 Preperation and questions by Eralp YARAR

Yerevan’s aggressive stance is the main reason behind the recent clashes between Armenia and Azerbaijan over the occupied Nagorno-Karabakh region, experts say, as they also state that the inefficiency of the Organization for Security and Co-operation in Europe (OSCE) Minsk Group to find a solution to the conflict has further escalated tensions.

The rival Caucasus nations have been locked in a bitter stalemate over the Nagorno-Karabakh region since the collapse of the Soviet Union. The fiercest clashes between Armenian and Azerbaijani forces in years over the occupied region ignited last Sunday. Since then, tensions have continued to escalate, with Turkey firmly standing with Azerbaijan.

Speaking to Daily Sabah, French historian Maxime Gauin said that when Armenian Prime Minister Nikol Pashinian came to power, he was believed to be ready to evacuate all or part of the occupied territories, in exchange for money.

“But, more recently, his declarations, repudiating the principles theoretically accepted by his predecessors, praising Nazi war criminal Karekin Nzhdeh, and even more his actions, especially the attack against Azerbaijan in July, with the clear aim to damage the Baku-Tbilisi-Ceyhan (BTC) pipeline, made impossible the very idea of negotiating with him,” he explained.

Gauin also said that the deterioration of relations between Moscow and Yerevan since 2018 and the weakening of the Iranian regime made Armenia's situation more problematic.

“In other words, Pashinian reached a peak of aggressiveness just at the moment when he needed diplomacy, prudence and softness above all. The last provocation by the Armenian Army provoked a large-scale Azerbaijani counteroffensive to retake the occupied territories,” he said.

Gauin also described the role of the Minsk Group since its establishment as “morally bankrupt.”

“It is interesting only for historians of diplomatic failures. It achieved exactly nothing in 28 years. Not a single square kilometer was evacuated by Armenians thanks to the Minsk Group,” he explained.

The OSCE Minsk Group, co-chaired by France, Russia and the U.S., was formed in 1992 to find a peaceful solution to the conflict, but to no avail. A cease-fire, however, was agreed upon in 1994. Talks to resolve the conflict have largely stalled since the 1994 cease-fire agreement.

Mehmet Oğuzhan Tulun, an analyst at the Center for Eurasian Studies (AVIM), also underlined the ineffectiveness of the OSCE Minsk Group to produce solutions to the conflict although it was created for this aim.

“Also, the Armenian government and illegitimate Armenian administration in the Nagorno-Karabakh recently revealed that they are not any closer to a sincere negotiation for the solution of the problem. In short, both Azerbaijan and Armenia started to lose their faith in the OSCE Minsk Group’s solution process. In this context, the armed clashes have become inevitable,” Tulun added.

Relations between the two former Soviet republics have been tense since the late 1980s, when ethnic clashes broke out in various areas in Armenia and Azerbaijan as the Union of Soviet Socialist Republics (USSR) was disintegrating and nationalism was on the rise. In 1991, the Armenian military occupied Nagorno-Karabakh, an internationally recognized territory of Azerbaijan, and gradually increased its occupation to seven adjacent districts.

The origins of the territorial disputes between the two nations can be traced back to the early 19th century but accelerated once both gained independence after the fall of the USSR.

“First of all, the very existence of territories with an Armenian majority in the Caucasus is a creation of the Russian policy after the conquest of 1828: Expulsion of Azerbaijanis, the invitation to Ottoman and Iranian Armenians to immigrate; incitement to mutual violence in 1905. In 1918, after the Federative Republic of Transcaucasia dislocated, the three Republics (Georgia, Armenia, Azerbaijan) followed two different policies: Georgia and Azerbaijan settled their territorial disagreements as early as 1919 and signed an alliance against the White Russian army of Anton Denikin and against the Bolsheviks. Armenia, ruled by the Armenian Revolutionary Federation, supported the Soviets, then Denikin, then again the Soviets, anything but a Caucasian unity,” Gauin said, adding that one of the reasons for the conflict with Azerbaijan at that time was Nagorno-Karabakh.

While Armenia’s policies changed the demography in the region, Nagorno-Karabakh remained an Azerbaijani territory, he said, adding that periodically, this issue was raised but it exploded with the decline and the fall of the USSR.

“An independent Republic was proclaimed, then Armenia invaded in 1992-1994, not only the Nagorno-Karabakh but also seven districts which were inhabited almost only by Muslims (mostly Azerbaijanis) until the aggression. All the Azerbaijanis have been expelled, except those who were massacred. Correspondingly, the last remaining Azerbaijanis of Armenia were expelled in 1987-1989, namely even before the collapse of the Soviet Union,” Gauin added.

Tulun also underlined that occupied Nagorno-Karabakh and some surrounding areas belong to Azerbaijan under international law.

“However, Armenia and Armenians in the Nagorno-Karabakh have not accepted this fact within the context of a discourse manipulating historical facts and an extremist ethnical nationalism," he said.

Following the fall of the USSR, Armenia waged a war against Azerbaijan, and since then a status quo favoring Armenia and separatists has been established in the region, he added.

Since the beginning of the latest fierce clashes, the two sides claim to have inflicted heavy losses on opposing forces and ignored repeated calls from international leaders to halt fighting.

The member countries of the OSCE Minsk Group, the European Union and NATO, among others, have urged an immediate halt to clashes in the occupied region.

Tulun criticized the international community's approach to the issue, saying that it does not give the necessary importance to Azerbaijan’s territorial unity.

“Especially the stances of co-chairs of the OSCE Minsk Group reinforces the status quo favoring Armenia in the region. Instead of producing solutions, the co-chairs of Minsk Group gain time for Armenia to settle further in the areas it occupied," he said.

One remaining question posed to the experts was about the near future of the Nagorno-Karabakh conflict and ongoing clashes.

Tulun said that Azerbaijan stated it is ready for a solution taking the interests of both Azerbaijanis and Armenians in the region into consideration. Armenia also should express its readiness for a fair negotiation process instead of adopting an aggressive stance, he said.

On the other hand, Gauin said that the balance of power and the context is clearly in favor of Azerbaijan.

“It never was more favorable in the past ... I consider, as a result, the complete recovery of the occupied territories to be a possibility,” he said.