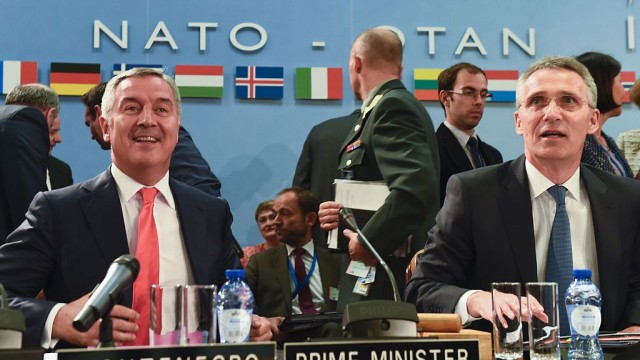 The wave of Russian investments which preceded the referendum in Montenegro in May 2006 and intensified to unimaginable proportions after the country renewed its independence clouded many people’s judgement and created the belief that Montenegro was permanently and definitely in the Russian zone of interests and influence.

During that period, the messages coming from the governing structures in Montenegro were seen, in many foreign circles, both in the West and the East, and also among the public at home, as a Montenegro's propaganda trick: an effort to lead a pro-Russian policy with pro-Western rhetoric.

Such a situation, supported by the inflow of Russian private-state capital in the most important industrial asset of Montenegro of that time – the Aluminum Plant Podgorica (KAP) – contributed to certain slow-down of Montenegro’s accession to NATO, especially in the period between 2006 and 2010.

Montenegro’s recognition of Kosovo, as well as political and security changes in the Western Balkans, mostly negative ones, as well as the growth of Russia’s influence and increased global ambitions of Vladimir Putin’s administration, were a kind of turning point in the relations between Podgorica and Moscow. As they went from extreme cordiality and understanding to complete cooling down and confrontation, opinions that Montenegro had fallen into a spiral of Russian influence were proven to be wrong.

Russian diplomats in Podgorica, but also those operating in Belgrade, started sending - first sporadic and indirect - and then very direct threats to the Montenegrin authorities and general public. Those threats  contained everything, from old-vocabulary phrase that Montenegrin leadership is "alienated from people”, to a clumsy metaphor about bananas, which said that the chief of Montenegrin regime was throwing them to his subjects, in order they to follow the road to NATO?!

The fact this was sometimes really a 'monkey business’, was confirmed when the previous Russian ambassador to Montenegro, Mr Reshetnikov, visited the Monument of Partisan  in Podgorica, accompanied by the head of the Serbian Church in Montenegro, Risto Amfilohije Radovic. Mr Radovic is well-known for his nationalistic and xenophobic rhetoric and as someone who - seventy years after fascism was defeated - still chases Montenegrin partisans  and anti-fascists.

No logic there, but so logical:  Serbian Orthodox Church has always been a reliable supporter and de facto most loyal pro-Russian organization in Montenegro. The leaders of the parties of the so-called ‘Serbian bloc’ respect Mr Radovic as their supreme spiritual, but also political leader. His fervent anti-NATO and anti-European attitude is the core of the political platform of the Democratic Front, the most powerful opposition group in Montenegro, which is still struggling to ‘digest’ Montenegrin independence.

With such allies, Russian policy in Montenegro is reduced to rhetoric which bears uncanny resemblance to 1948, i.e. the period of Stalin's pressure on Tito's Yugoslavia.

Such an attitude was undoubtedly provoked, among other things, by the fact that Montenegro joined the EU sanctions imposed on the Russian Federation. This was a God-given excuse for Moscow to label Podgorica as a disloyal partner. ‘Betrayal’ has become an useful word in Russian propaganda.

However, the biggest problem in the recent statement made by the Russian Foreign Minister is that - after condemning "the leader" (i.e. Mr. Milo Djukanovic, president of ruling Democratic Party of Socialists and the prime minister until recently) - there is very little room for diplomatic and political maneuver. The conflict is public and definite.

"Traitors" are not to be negotiated with, and that is also true in other traditions, not only in Russia. Naturally, the whole construction related to ‘Russia being betrayed’ by Djukanovic is prima facie illogical and untenable. It implies Russia’s attitude that interfering with Montenegrin home affairs is not only possible, but even understandable. The 300 years of diplomatic relations between the two countries have not helped Russian diplomats.

On the other hand, apart from sharp comments and direct threats, Sergey Lavrov mentioned that “Montenegrin people should be asked” about the membership of Montenegro in NATO, thus reiterating the attitude that the Kremlin had already expressed on several occasions. That means a referendum on NATO membership, which is a "more elegant" form of pressure on Montenegro.

Since it is clear that there is a big enough majority in the Montenegrin parliament to vote for joining NATO (with or without a boycott of the opposition), a referendum is a back-up position and the last line of defense for those opposing the idea of Montenegro’s membership in NATO.

The aggressive policy of the Democratic Front, to the sorrow of its Russian allies and sponsors, does not seem to have clear support among other opposition parties in Montenegro. The boycott of parliament is still ongoing, but there are already some noticeable differences between the opposition leaders, primarily regarding concrete steps that need to be taken.

Russian allies and followers in Montenegro, as in some other places (anti-NATO enthusiasts still believe in the new American deus ex machina, i.e. Donald Trump’s administration, and a chance to have the ratification process of the Accession protocol blocked in the US Senate), mainly count on the fact that disturbing or obstacling a regular political process might prevent a parliamentary decision about NATO membership from being passed.

The months ahead will show whether the "fatwa" minister Lavrov issued in Belgrade was the herald of even stronger attacks - or only the last attempt to let Montenegrins be aware that "mother Russia" was deeply dissatisfied with the fact that Montenegro has been taking its renewed independence seriously.

The chances that we are facing a dramatic finish are, of course, much greater. In chess terms, Montenegro would be satisfied with a draw in this historic game with Russia. It is important not to lose momentum and to finish what was started long time ago, while avoiding deepening of conflict with Kremlin.

With a little help from the Allies, of course.

The author is a former Minister of Foreign Affairs of Montenegro.

The views expressed by authors are their own and not the views of The Hill.