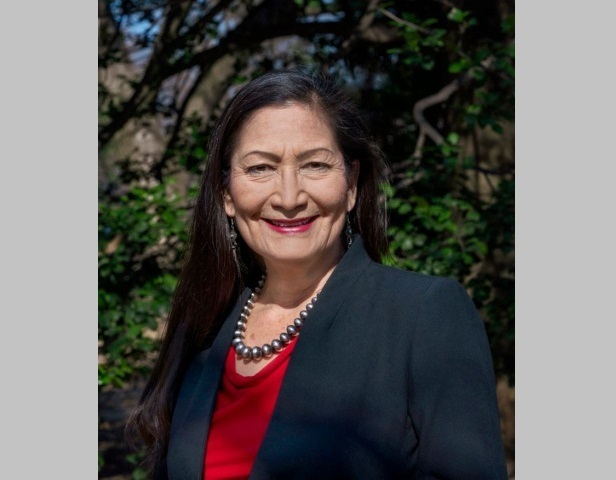 On 15 March 2021, the United States Senate voted to confirm Deb Haaland, a Native American and a member of Laguna Pueblo Tribe, as the Secretary of the Interior[1] in the administration of the US President Joe Biden. Haaland, who had previously received attention for being elected as one of the two first female Native Americans in the US Congress in 2018[2], made history once again and became the first Native American to serve as a US cabinet secretary by winning 50 to 41 votes. This was achieved even though most of the Republican Senators voted against her after hearing her views on clean energy and criticisms on the reliance on fossil fuels.

Her success received great praise from indigenous activists and NGOs in the US. Indigenous Environmental Network, for example, congratulated Deb Haaland and stated that, “Haaland leading the Department of Interior is a historic and necessary step to healing the tribal relationships with the United States.”[3] Another praise came from Wilfred Herrera Jr., chairman of All Pueblo Council of Governors and former governor of Haaland’s hometown, who called it as a “defining moment”[4] for indigenous people in the US.

Despite those praises and approvals, it can be observed that many Republican Senators were not pleased with Haaland’s election. Haaland was first criticized by Republican Senators due to her commitment to the New Green Deal and her opposition to fossil fuel projects and drilling activities within the US. Many Republican Senators have insistently stated that her promises could cause job losses for the American people. For instance, Republican Senator John Barosso, a member of the Senate Energy and Natural Resources Committee, explained that, “Representative Haaland’s policy views and lack of substantive answers during her confirmation hearing, in my opinion disqualify her for this job[5].” Haaland answered these accusations and claims by suggesting that, “There's no question that fossil energy does and will continue to play a major role in America for years to come… [But] Our climate challenge must be addressed.”[6] From this statement, it can be understood that Haaland is determined to strive for a future with clean energy despite knowing the that change must be gradual since the current configuration of energy extraction is indispensable for the US.

It can be said that her success for having been designated as the US Secretary of the Interior has been perceived as a progressive moment for the US, since this development denotes a landmark in the indigenous people’s relationship with the US government[7]. Haaland’s being the Secretary of the Interior in the Biden administration is also a significant development for democracy for two reasons. First, it is important for all minorities, who have in one form or another gone through a history of discrimination in the US, in terms of their representation within the political system of the country. Second, it is crucial for the future of democracy in the US in terms of human rights, which has become questionable after the recent wide-spread protests in the aftermath of George Floyd’s, an African American citizen’s murder by a police officer.

It must be known that the history of the US is filled with assimilation and discrimination against Native Americans. For instance, a report written in 1851 by then Secretary of the Interior, Alexander H.H. Stuart, stressed that, “The only alternatives left are to civilize or to exterminate” indigenous people[8]. 200 years later, Deb Haaland explained what this meant when she was nominated: “This moment is profound when we consider the fact that a former secretary of the interior once proclaimed his goal to, quote, ‘civilize or exterminate’ us. I’m a living testament of that horrific ideology. I also stand on the shoulders of my ancestors and all the people who have sacrificed so that I can be here.[9]” This speech gives emphasis to the long history of discrimination and oppression that the native Americans have been facing for years.

In 2021, according to US Census Bureau, the total population of Native Americans in the US is 6.79 million, which makes up the 2.09 percent of the US population[12] and this population is still subject to substantial discrimination in many areas of their lives[13]. According to a study published in 2019, it was found that 32 percent of Native Americans had an experience of unequal treatment by police officers while another 32 percent of them believed that they were treated unfairly by the courts[14]. In this sense, it can be suggested that Native Americans have been going through an issue of recognition in the legal and political sphere.

This issue was addressed by US Senate majority leader Chuck Schumer when he stated; “For too long, tribal nations have been denied a seat at the table where decisions were made that impacted their lives and their land”.[15] The same thing was also declared by a member of Laguna Puablo Tribe by suggesting that Deb Haaland’s success means that for the first time in approximately 250 years, Native Americans will be represented at the top of the US government[16]. Another crucial point to be remembered is that Department of the Interior’s Bureau of Indian Affairs was responsible of forced removals from tribal homelands, settler assaults on tribal lands, violations of tribal religions, and assimilation campaigns[17]. In this sense, Haaland being the Secretary of the Interior means much to Native Americans and all minorities in the US.