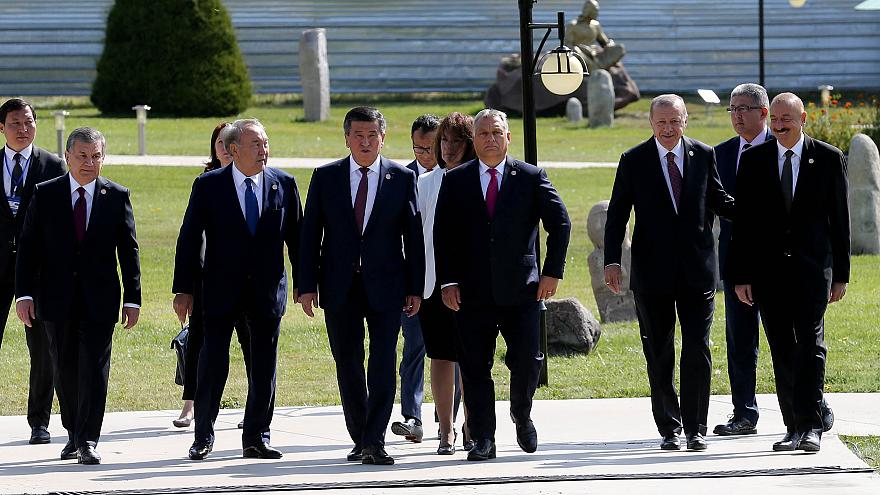 Hungary’s participation in the Cooperation Council of Turkic-speaking States (shortly, the Turkic Council -founded by Azerbaijan, Kazakhstan, Kyrgyzstan, and Turkey) as an observer last September received almost no attention in the western media outlets. The EU public opinion was most probably much too occupied with the preparations for the EU parliament voting to sanction Hungary by suspending its voting rights due Hungary posing a "systemic threat" to EU’s founding values.

According to a statement posted on the Hungarian Government website on 3 September 2018, Prime Minister Victor Orban participated in the 6th Summit Meeting of the Turkic Council held in in Kyrgyzstan. Orban’s speech at the Summit was released on the said website.  He stated  that:

“We are Hungarians, and we speak Hungarian. This is a unique and strange language, which is related to the Turkic languages. We have always closely followed the cooperation between countries of Turkic identity. Among you we are the people who have moved farthest West, and who also converted to Christianity. So we are a Christian people living in the West, standing on foundations of Hun-Turkic origins; the Hungarians see themselves as the late descendants of Attila.” He further expressed that “Hungary respects and nurtures its Turkic roots… In Europe Hungary is often described as the most westerly of the people of the East. Earlier this was meant as a slight – intended to express disdain and condescension. However, due to the fantastic achievements of your countries – due to the economic and political development of your countries – being referred to as an Eastern people should now be taken as praise.”

Orban’s speech includes an assessment on world order. He asserts that “It has been proven beyond doubt that the old world order – with its dogma that capital and knowledge flow from West to East in search of cheap labor – has come to an end. We are living in a new world order, and its history is fundamentally determined by the development of the rising states in the East.”

Victor Orban, in his speech to Hungarian National Assembly on 10 May 2014, said that “Hungary is part of the Western alliance system, NATO and the European Union… We are, however, members of these alliances and not hostages”. He also stressed that “We are placing economic connections at the center of our foreign policy; we will continue the Eastern Opening”.

It seems that Hungary, under the skilled and an unconventional leadership of Viktor Orban, is perceiving arrogance from its Western allies in recent times and has thus cleverly decided to use to its kinship bonds and the Turkic Council as a launching pad for the country’s “Eastern Opening”. This demonstrates that the emerging new world order with its multipolar structure allows countries to explore new avenues of cooperation when confronted with difficulties from their usual partners.