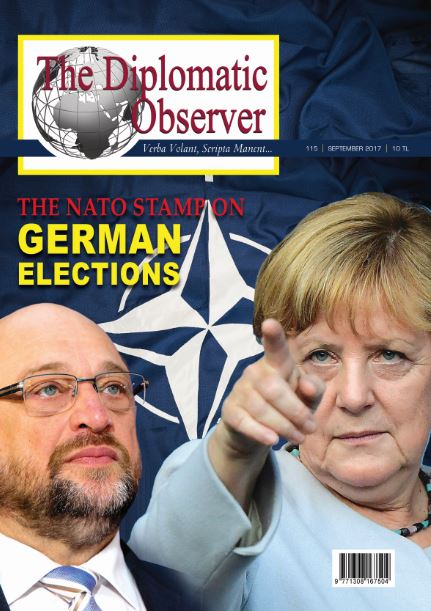 THE ESENBOĞA ATTACK THIRTYFIVE YEARS ON

When Turks awoke on the morning of January 28th, 1973, the events of the previous day must have been unexplainable to most. Claiming that he wished to return historic artifacts that had been smuggled out of the Ottoman Empire, an elderly Armenian by the name of Gourgen Yanikian had lured two Turkish diplomats to a meeting at a hotel in the suburbs of Los Angeles.

At the meeting Yanikian produced a pistol and assassinated the two diplomats. Prior to the attack Yanikian had mailed a manifesto to several media outlets in which he reportedly called on Armenians to “wage war” against Turkey. Few were aware that this incident would herald the beginning of a campaign waged by terrorist organizations within Armenian diaspora organizations that would last for two decades. The use of terrorism by Armenian organizations was not new. The Dashnaks had attempted to assassinate Ottoman Sultan Abdulhamid II in 1905. After World War One, the Dashnaks assassinated members of the wartime Ottoman leadership. A few years later in order to ‘extract’ retribution for the Treaty of Lausanne they considered assassination attempts on western statesmen and Turkey’s first president, Kemal Atatürk and Prime Minister İsmet İnönü. As late as 1999, a group of assassins led by a former Dashnak killed the prime minister of Armenia and seven others in parliament.

The spate of assassinations begin­ning in 1973 were the direct result of the propaganda campaign waged in relation to cumulative radicalization that occurred in the aftermath of the 50th anniversary of the relocation of Ottoman Arme­nians in 1965. Commemorations were organized in Lebanon, Soviet Armenia and the United States. These events also coincided with the rise of anti-Soviet nationalist sentiment in Soviet Armenia.

The campaign against Turkey was primary waged by the Armenian Secret Army for the Liberation of Armenia (ASALA) and the Justice Commandos of the Armenian Geno­cide (JCAG). ASALA was founded in 1975 by Hagop Hagopian, an alleged associate of Palestinian ter­rorists in Lebanon. The Armenian Revolutionary Federation, known popularly as the Dashnaktsutyun or Dashnaks, had also decided to establish an organization to conduct terrorist attacks in the early 1970s. In addition to the more well-known groups, the National United Party of Armenia was founded in 1966. This party, although periodically thwarted by Soviet intelligence, was responsible for a 1977 bomb attack on the Moscow metro.

ASALA announced its emergence with an attack on the World Coun­cil of Churches in Beirut in 1975. This attack was carried out on the basis that the World Council of Churches was facilitating the immigration of Armenians to the United States – therefore working to diminish the Armenian population in their ancestral homelands. Shortly after these initial attacks, ASALA organ­ized a series of terrorist attacks in an attempt to secure the release of Yanikian. The first Turkish victim of ASALA’s campaign was Daniş Tunalıgil, the Turkish ambassa­dor to Austria who was murdered on October 22nd, 1975. Two days later JCAG murdered the Turkish ambassador to Paris and his driver.

On August 8th, 1982, Turkey awoke to another tragedy. The previous afternoon members of ASALA had launched an attack on Ankara’s Esenboğa airport, killing nine peo­ple in the process. ASALA claimed responsibility for what they named the ‘Erzurum Operation’ conduct­ed by the ‘Pierre Gülümyan Suicide Commandos.’ In a statement sent to the Beirut office of the Associated Press, ASALA called for the release of 85 Armenian terrorists held in prisons throughout the world, or else such violent attacks would con­tinue.

The attack at Esenboğa lasted over three hours, prolonged by the fact the terrorists were holding civilians hostage. While under siege, they sent an eight year old child out to present the Turkish police with a note stating ASALA’s demands. Cumhuriyet newspaper reported that the demands were the “official recognition of the government of Armenia by Turkey.” ASALA ter­rorists also opened fire on a police negotiator attempting to bring the incident to an end.

The police eventually brought the situation under control. One of the ASALA terrorists was killed dur­ing the incident, while the other, a Lebanese national by the name of Levon Ekmekçiyan, was rushed to hospital in Ankara and survived. When told that ASALA had mur­dered several innocent people at the airport, Ekmekçiyan reportedly stated in Turkish that it “wasn’t enough.”

Ekmekçiyan was subsequently put on trial. During his trial, he spoke in a mixture of Turkish and Armenian, occasionally relying on an interpreter to express himself. When asked what the purpose of ASALA was, Ekmekçiyan replied “the liberation of Armenian lands.” When probed further Ekmekçiyan claimed that “Armenian lands” consisted of “Kars, Muş, Van, Arda­han, Erzincan and Bitlis.” Ekmekçi­yan further stated that he joined ASALA with the belief that Turkey had massacred 1.5 million Arme­nians and occupied their ancestral lands.

Writing in Cumhuriyet after the attack, the columnist Uğur Mumcu noted that ASALA attacks can­not be analyzed separate from the political situation both inside Tur­key and internationally. Mumcu additionally claimed that the attack on Esenboğa was carried out with the cooperation of “shady groups” within Turkey, pointing to the Armenians and Greeks caught in the 1970s attempting to smug­gle weaponry into Turkey. This was corroborated during the trial, when Ekmekçiyan noted that the weapons used in the attack were procured by a third party within Turkey. The daily Milliyet reported that Ekmekçiyan claimed to have received help from the Kurdistan Workers’ Party (PKK), which had not yet launched its own terror campaign in Turkey but had nev­ertheless been cooperating with ASALA since 1980.

Ekmekçiyan came to express regret during his trial, reportedly stating that he now believed that ASALA was the enemy of the Armeni­an people. A few days after the Esenboğa attack, Turkey was struck with another tragedy. A Turkish- Armenian by the name of Artin Penik self-immolated in Taksim Square after giving a short speech condemning ASALA.

ASALA continued its campaign unabated despite the depravity of the attack in Ankara. On July 15th, 1983, ASALA attacked the check-in counters of Turkish Airlines in Paris’ Orly Airport, resulting in the death of eight people and the injur­ing of 55. In the aftermath of the attack, the French police cracked down on ASALA, arresting over 50 suspects including the lead perpe­trator Varugan Karapetian. Karape­tian stated to French police that the bomb exploded prematurely and the intent had been for the bomb to explode on the plane. The day after the Orly attack, the Turkish media reported on the trial of Armenian terrorists in London who had con­spired to launch an attack on the Turkish Embassy with the intention of bringing attention to Ekmekçi­yan’s case.

The same month, five members of the Justice Commandos attacked the Turkish Embassy in Lisbon in what was essentially a suicide attack.  By the second half of the 1980s, the Armenian diasporic organizations had decided to abandon the use of terrorist activity and instead focus on lobbying activities.

Today the Dashnaks are in gov­ernment in Armenia and are the most influential organization in the Armenian diaspora. Several Dashnaks convicted of terrorist offenses in the USA are now promi­nent lobbyists for Armenian causes in Washington such as Vicken Hov­sepian, convicted of conspiracy to blow up the Turkish Consulate in Philadelphia and Murat Topalian, convicted in 2001 for storing explo­sives. Explosives from the batch Topalian was storing had been used in an attack on the Turkish Mission at the United Nations in New York.

Some remnants of ASALA still exist in Armenia and Lebanon. The head of its French support group, Jean- Marc ‘Ara’ Toranian has served as a leading member of the French Armenian Association. Leading ASALA members such as Molte Melkonyan are regularly commem­orated in Armenia and considered national heroes. Varugan Karape­tian, perpetrator of the Orly bomb­ing, was similarly greeted as a hero by the Armenian Prime Minister when he was expelled from France after his release from prison. As late as March of this year, Karapetian was giving seminars on ASALA activity at Yerevan State University.

As recent research by Hazel Çağan Elbir has shown, both the Turkish public and government were taken aback by the advent of Armenian terrorism, failing to place events in an appropriate context. The rise of Armenian terrorism is partly relat­ed to the radicalization of young Armenians around the time of the 50th anniversary commemorations. However, there are additional fac­tors to consider such as the collapse of social cohesion in places such as Lebanon and the rise of terrorism as a political method worldwide. ASALA and the JCAG were alleg­edly located in Beirut from 1975 until, at least in the case of ASALA, the Israeli invasion in 1982. After which the organization relocated to Damascus, and later, it is claimed, to Athens. It is worth noting that the PKK, and Turkish terrorist outfits were also based in Damascus during this period. An additional factor, it has been claimed, was the support granted to Armenian terrorists by states that had problems with Tur­key. However, in the absence of pri­mary source material it is difficult to speak with certainty.