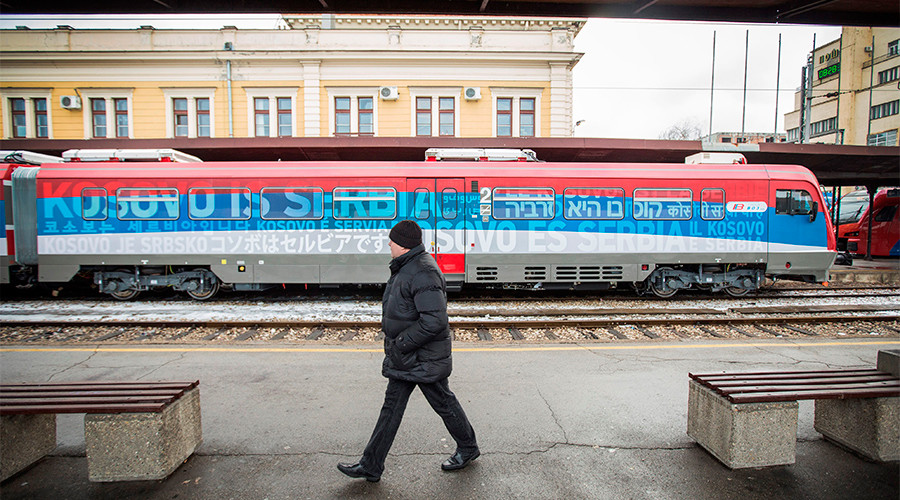 Deep-rooted disputes continue to plague the Balkans. Currently, the disputes are most prevalent in Kosovo, Bosnia-Herzegovina, and Serbia.

Tensions between Kosovo and Serbia began in December 2016 when Kosovar Serbs started building a wall dividing the town of Mitrovica into Albanian and Serbian sectors. The arrest in France on a Serbian war crimes warrant of Kosovo Liberation Army commander and former Prime Minister Ramush Haradinaj this January sparked more protests by Kosovar Albanians.

Tensions escalated when Serbia sent a promotional train carrying Serbian nationalist messages to Mitrovica. A full-blown crisis was averted when the train turned back before reaching its destination. However, Serbia’s President Tomislav Nikoliç has threatened to send Serbia’s military into Kosovo if harm comes to Serbs there. In response, Kosovo leadership has asked the EU to calm Serbia to prevent full-blown crisis, while some Kosovar Albanians are contemplating about resurrecting the Kosovo Liberation Army, since independent Kosovo only has a paramilitary force.

The EU’s involvement in this escalation of tensions interestingly coincided with the remarks by the Russian Foreign Minister Sergei Lavrov concerning the Kosovo-Serbia tensions. Lavrov stated that “…these problems are largely created by the policy of those who are forcing a new, modernized and post-Christian edition of so-called European values on the Balkan nations. I have no doubt this.” He added that “… the only thing I can say is that the EU must defuse the situation and take the necessary measures to ensure the implementation of the Belgrade-Pristina agreements, which were reached with Brussels mediation…”[1] With such remarks, Russia, the main ally of Serbia and protector of Orthodox-Slav population in the Balkans, reminded the EU of its self-imposed responsibilities in the Balkans.

Another hotspot of tension in the Balkans is Bosnia-Herzegovina. Bosnia-Herzegovina is still stuck with its weak state system created by the 1995 Dayton Peace Accords. Republica Sırpska (RS), in search for more autonomy and possibly independence has used the tool of referendum several times. The latest referendum on the National Day of Republica Srpska was held on September 2016. The Constitutional Court of Bosnia-Herzegovina had on November 2015 ruled against the constitutionality of this holiday, deeming it discriminatory against non-Serbs in the entity.

Since Yugoslavia’s dissolution, the US was always at the forefront of all the developments in the Balkans, and its choices and preferences had mainly shaped the existing status quo. The new US administration under President Donald Trump, because of Trump’s isolationist approaches, seems to have no special interest in the Balkans. If President Trump decides to be indifferent towards the region and implicitly or explicitly transfers the Western responsibility in the Balkans to Europe, or more specifically to the EU, new strategic calculations may come into being.

European countries themselves are divided on number of Balkan issues. For example, Kosovo has not been recognized by all EU member states. Besides, the EU policy of dwelling only on “Western Balkans” in terms of expansion (which creates a deep division in the integrity of the Balkans) is a major obstacle for the EU in ensuring long-lasting stability in the region. The Brexit and the subsequent weakening of the EU will make the EU’s task of maintaining stability in the Balkans even more difficult.

NATO’s expansion in the region is also not expected soon (one exception might be Montenegro). The US has always been the locomotive of NATO and if the US decides to totally or partially withdraw from the Balkans, the EU will not be able to cope with the problems of the Balkans. In such a vacuum, Russia and the Slav-Orthodox bloc headed in the Balkans by Serbia will be the main victor in the historical struggle taking place in the Balkans. The dominance of this bloc may lead to the partitioning of Kosovo and Bosnia-Herzegovina, which will come to mean the Balkanization of the EU’s “Western Balkans” project.

This article was originally published in Hurriyet Daily News newspaper on 13 February 2017.