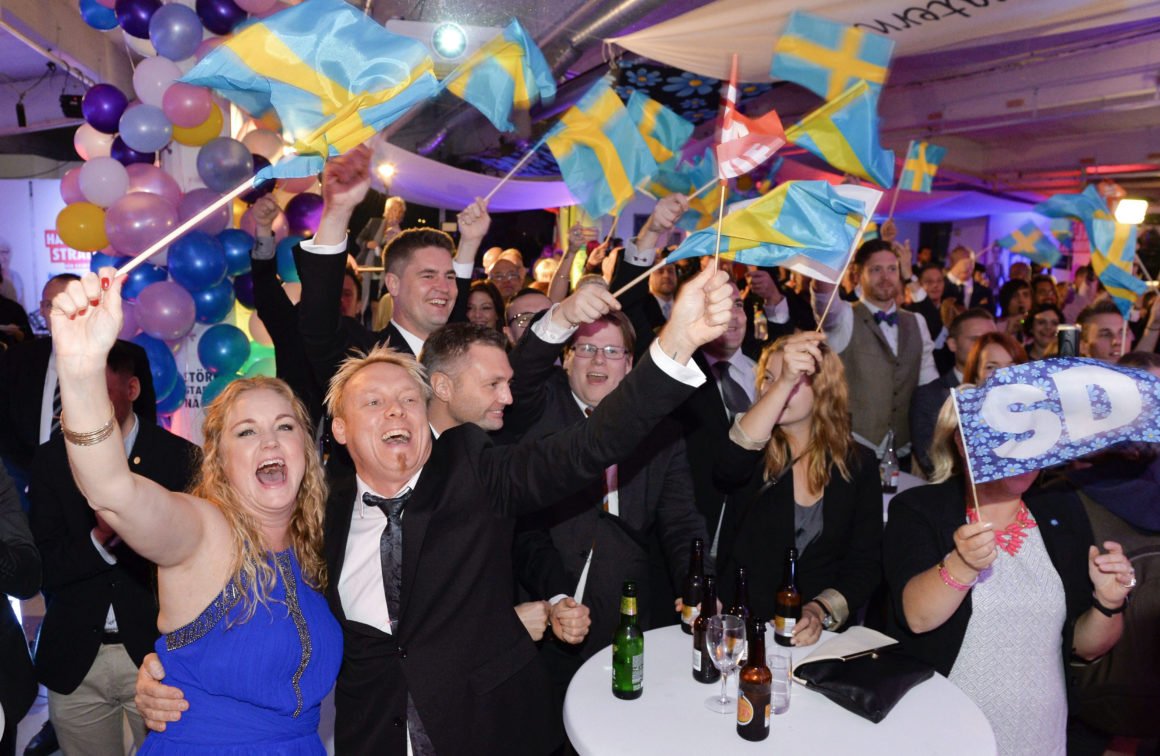 At the very beginning of this year, in my article titled “The Rise of the Far-Right in Sweden”, I had drawn attention to the existence of a white supremacist movement in Sweden and to the history of the lesser-known eugenic practices in this country. I had stressed that fixed ideas of the past and obsessions with a purified society were now manifesting themselves as xenophobic and immigration-skeptic tendencies in a certain part of Swedish society and voters. I had also stressed that the far-right party of the Sweden Democrats (SD), with roots in the white supremacist movement, could not form a government by itself for the time being, but that there was a serious possibility that such a party, like in Austria, would possibly be able to become a key partner for coalition governments in the foreseeable future.

The election results in Sweden on 9 September 2018 have validated this political forecast. It is reported that “with more than 99 percent of ballots counted, the national election commission reported that the governing center-left Social Democrats had 28.4 percent of the vote… the center-right Moderate party was next at 19.8 percent, while the far-right Sweden Democrats were running third, with 17.6 percent.” It is mentioned that neither bloc can command a majority in the Swedish Parliament. For the time being, both blocs have rejected the idea of any deal with the Sweden Democrats.

The far-right party of the Sweden Democrats have made considerable gains in the last three Swedish elections by leaping from a 5.7% share of the national vote in 2010, when they first entered parliament, to 12.9% in 2014 and 17.6% in 2018. According to preliminary results, it seems that the Swedish Democrats may have 62 of the 349 seats in Sweden’s new parliament.

It seems that Sweden faces a period of political uncertainty. It is mentioned in certain analyses that despite making more modest gains than many had predicted, the far-right Sweden Democrats may likely have a significant role in policy making and influence in the parliament. This situation may allow this far-right party with ties to the white supremacy movement to fashion itself as a the “kingmaker” in the Swedish parliament.

It is a fact that Sweden has a long and rich history and experience in democracy and consensus-building. It should not be expected that the relative rise in the far-right votes would by itself seriously threaten one of the most stable democratic orders in Europe. Nevertheless, this fact does not eliminate the concern arising from the steady increase in the far-right votes in major European Union countries. It should be noted that in the recent past, far-right parties have also increased their votes in Germany, Austria, and Italy. Sweden has now become the latest example  in this trend. What is also worrying is that the electoral potential being demonstrated by far-right rhetoric has caught the attention of other parties in European Union countries, meaning that the far-right rhetoric has “infected” mainstream politics. Larger, more established parties with policies closer to the center of the political spectrum have begun to latch onto far-right rhetoric to appeal to the disgruntled voters unhappy about their economic prospects and immigration flows to their countries. In this, far-right parties have already started to enjoy an influence disproportionate to their actual electoral gains.

The far-right’s resurgence is now an undeniable and a worrying reality in most of the influential European Union countries. It is no longer possible anymore to underestimate and downplay this fact. With the ever-increasing immigration pressure and economic worries across Europe, it seems that we could witness more radical increases in the far-right influence in the EU countries.