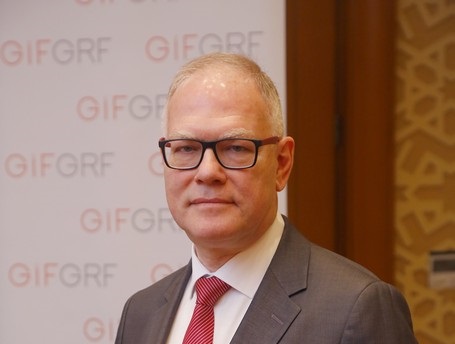 The European Council met on October 1, 2020 and took some half-hearted decisions on Turkey. It has never been easy to deal with Turkey and it was no exception this time as well. It was no surprise that it went into the early hours of the next day. There were the countries who wanted strong measures against Turkey, such Greek Cyprus, Greece, France and Austria. There were others that wanted to have an even-handed approach, such as Germany who happens to be holding the office of the Presidency. The result is as always something for everyone, which normally does not satisfy anyone fully.

The Greek Cypriots did not get any decision on new sanctions on Turkey. Only a further delay until December during which the EU will monitor the situation: “in case of renewed unilateral actions or provocations in breach of international law, the EU will use all the instruments and the options at its disposal”.[1] The Council however did provide strong support as “the European Council reiterates its full solidarity with Greece and Cyprus, whose sovereignty and sovereign rights must be respected.”

For once the EU tried to balance its threats with some inducements by offering to go back to the status quo ante, albeit with some missing pieces: “the European Council has agreed to launch a positive political EU-Turkey agenda with a specific emphasis on the modernisation of the Customs Union and trade facilitation, people to people contacts, High level dialogues, continued cooperation on migration issues, in line with the 2016 EU-Turkey Statement.” with the proviso that Turkey behaves. It has asked the Presidents of the institutions and the High Representative to come up with a plan.

Finally, the EU has implicitly replied to Turkey’s proposal by agreeing for a “Multilateral Conference on the Eastern Mediterranean and invites the High Representative to engage in talks about its organisation. Modalities such as participation, scope and timeline will need to be agreed with all involved parties.”

The key words here are “all involved parties”, which is the sensible way forward, as it should also involve the Turkish Cypriots.

Overall, there were few surprises. It was expected that the EU would support its two members. It was also expected that sanctions would be put off, as the tensions have diminished with talks under the NATO umbrella having started and calls for dialogue gaining traction. A positive change is that the EU seems to have finally realized that it should offer something to Turkey. Again, no surprise that the resumption of accession talks are missing, while the Customs Union and visa liberalisation, as well as resuming high level dialogues are being dangled. Not a total volte-face but close. Remember that just over a year ago because of the Cyprus issue, the EU had decided “to suspend negotiations on the Comprehensive Air Transport Agreement and agrees not to hold the Association Council and further meetings of the EU-Turkey high-level dialogues for the time being. The Council endorses the Commission’s proposal to reduce the pre-accession assistance to Turkey for 2020 and invites the European Investment Bank to review its lending activities in Turkey, notably with regard to sovereign-backed lending”.[2]

Is Turkey to be really blamed for all that is happening? Turkey is being accused of being aggressive and disruptive. Its actions in the Eastern Mediterranean and in Libya and elsewhere are being heavily criticized. Even Turkish statements regarding the recent flare up in Nagorno-Karabakh are disparaged. Overall, when you take these issues all together, the pattern is that Turkey is responding to action taken by Greek Cyprus, Greece or others. In other words, it is reacting.

For example, Greece for years claimed that Turkish jets violate Greek air space. Actually, Greece claims a 10-mile airspace, being the only country in the world that does so, although it is not recognized by anyone.

Greek claims of islands off the shores of Turkey by only a few miles, having exclusive economic zones thus confining Turkey to a limited area is again a provocation.

The EU should not avoid evaluating accusations even if it comes from its members. If the EU can censure some of its members on the rule of law, it should be able to do the same regarding foreign relations. The EU claims to have high standards. It should abide by them itself.

Consequently, the situation in the Eastern Mediterranean did not surface in isolation. It is the culmination that stems from the current state the Turkish – European Union relationship has fallen in. We are talking about the oldest association that the EU has with a third party.

It is paramount that beyond resolving current issues, the relationship should be put back on track. Neither side benefits from continuing aggravation.

The irony is that as accession talks opened with Turkey, structural and political problems soon began and the process suffered. As Turkey got closer to the Union, disassociation crept in. Several members simply could not tolerate a possible accession of Turkey. The distance between the two sides grew into detachment.

The migration crisis was an opportunity to bring Turkey and the EU closer. However, the summer of 2016 with the failed coup attempt, became a watershed in which the relationship began to deteriorate further. Turkey fulfilled its end of the bargain by stemming the flow of illegal migration. The only promise the EU kept was providing financial assistance to the Syrians residing legally in Turkey, although at a snail’s pace. The other EU promises on progress in the accession negotiations, upgrading the Customs Union or visa liberalisation (to be fair Turkey needs to complete some remaining benchmarks here) and increased dialogue did not materialize. The last four years have not seen much effort to redress the situation. In fact, interactions slowly became transactional.

What the EU is offering in its latest Council conclusions is giving back what it already promised Turkey. Had Turkey been kept in the integration process instead of being pushed away, we might have been in a totally different situation.

A blame game is understandably not helpful. However, there is a long history and both sides cannot claim to be faultless. The present atmosphere of mistrust is a result of unfulfilled promises. It is imperative to find ways to overcome this impasse.

Turkey should not wait for the EU “to develop a proposal for re-energising the EU-Turkey agenda”. It should immediately present its own priorities and views on addressing the issues. It would not be realistic to solve everything in one swoop, but there should be an incremental, trust building approach. Both sides know only too well each other’s expectations.

The situation is indeed complex. However, a comprehensive evaluation of all the issues through a stable and sustainable dialogue by all concerned is essential. It is high time for the EU to have a closer look into its overall long-term interests and reassess how it has treated Turkey. Turkey should also remember that its primary goal is to reach higher standards on all fronts and the EU is the best partner to achieve them.