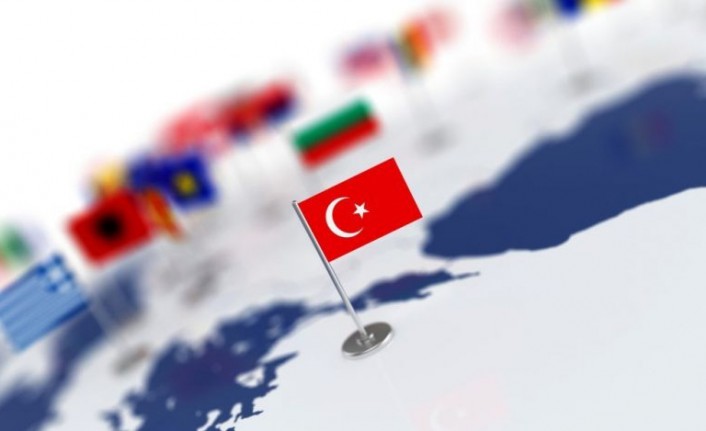 Türkiye and Eastern Europe have a long history of interaction behind them. This interaction seems to be entering a new phase.

Addressing the Turkish Grand National Assembly, President Recep Tayyip Erdoğan stated that the country’s diplomacy “moved to higher league”[1]. With its recent successes of brokering grain corridor and prisoners’ exchange between Russia and Ukraine, this is certainly true, but in the years to come, these will bring a new level of responsibility rather than a new level of glory.

An interesting geopolitical location may be seen as a blessing as well as a curse. Türkiye’s position on the crossroads of several (problematic, to say the least) regions makes it impossible to hold a conservative diplomatic stance and remain a passive observer of geopolitical dynamics unfolding in its direct neighbourhood, to “watch events in its region by sitting on the fence” as the Turkish President metaphorically put it[2]. For countries classified by Zbigniew Brzezinski as ‘pivotal’ for the world’s order[3], the Periclean dogma stating “Just because you do not take an interest in politics doesn't mean politics won't take an interest in you” is a constant reality. And this means that Türkiye will be affected by the dynamics produced by all the sub-regions adjacent to its territory. The question is, which of them will be seen as priority by Ankara?

Having in mind the multi-vector character of Turkish foreign policy including an active role in the Balkans, Middle East, Eastern Mediterranean, South Caucasus, Central Asia as well as North Africa, from the Polish perspective, the main interest is directed on a part of Turkish strategy that concerns Eastern Europe and the Black Sea region. It is obvious that the dynamic situation in Ukraine will sooner or later lead to an interaction of Polish and Turkish influence in this area, and a comprehensive insight into Ankara’s vision of its future would make this interaction productive for regional security, stability, and development.

From the Polish perspective, Türkiye is a sectorial partner important for both security[4] and economic[5] cooperation. In the light of an accelerated geopolitical reconfiguration of Eastern Europe coming with the war in Ukraine, Ankara is seen as one of the key stakeholders in creating and maintaining a new regional order.

One of the greatest challenges for Polish diplomacy, both conceptually and practically, concerning the situation in the former Russian zone of influence in Eastern Europe is the fact that the great powers alternative to Russia, such as the US, Germany, France, and the UK, quite naturally, perceive the region from the macro-perspective as an object rather than a subject of their politics. As a result, interests of regional states and nations are regarded instrumentally as a part of the great powers’ game and not as a constant element of the regional order. That is to say, as long as Eastern Europe is shaped by supra-regional, external factors, and not by forces from inside, the destructive potential of instability will never be eliminated. A potentially very efficient organizing structure capable of stabilizing the region in long-term could be based on a cooperation between Poland, Türkiye, and Ukraine, an ‘axis’ as Wojciech Szewko, a Polish expert on Turkey, puts it[6].

The question is the following: does Türkiye perceive itself as an active player in Central-Eastern Europe and what would be the forms and extent of its involvement in the region? Put differently: would this involvement be seen, in President Erdogan’s terms, as playing in a ‘higher league’ or rather a degradation to a deeply provincial one?

The task, at least as it is seen in Warsaw, is to turn the virtual concept of Baltic-Black Sea Region into a geopolitical reality, that is to say, an integrated entity capable of ruling itself by a dynamic driven by internal influence rather than external influence. And Ankara is seen as a very perspective part of this process for reasons that may be synthetically named as:

*Geopolitical: Türkiye is geographically a part of the region in the sense that the south-eastern flank of Central Europe is unable to function without a constructive relations with Ankara. Unlike the great powers external to the region, who perceive its conflicts mostly instrumentally, Türkiye is a part of the construction and therefore interested in its durable stabilization rather than escalation.

*Military: Türkiye has a fresh experience in peace-enforcement operations in Syria, Libya, and South Caucasus that gives it military know-how of dealing with the kind of challenges that the post-war Ukraine will present. It is not that all Turkish involvement was always and fully successful everywhere, but in comparison to American mismanagement in Afghanistan and Iraq, and the EU’s nearly complete lack of political will in this domain, Türkiye is the best that the region can get.

*Economic: With Russia losing its grip on Ukraine and most probably on Belarus as well, its position as the EU’s major energy supplier no longer existing and being isolated for an undefined future, the East-West continental axis is losing its significance, therefore leaving space for a North-South alternative. Obviously, there can be no successful reconstruction of Ukraine as an object isolated from external assistance – the country must be integrated into  wider economic chains, and as it will be most likely parallelly cut off from its traditional Eastern vector and durably put in EU’s waiting room, cooperation with Türkiye seems indispensable for its reconstruction, trade, and development.

*Strategic. Türkiye is one of the very few, if not the only Western countries that still maintain constructive relations with Russia and thus is an obvious candidate for managing the Russian factor that will one way or another still exist and keep a certain level of influence after the war. Ankara would probably be the only partner accepted by Moscow as a transmitter of its position to both the West and Central-Eastern Europe and thus the only one able to make Russian factor as constructive as possible.

For all those reasons, Eastern Europe is interested in Türkiye. The question is whether Türkiye is interested in Eastern Europe, does it perceive itself interested in rebuilding its influence in the region from which it was erased when Russian zone of influence expanded in the late 18th and 19th centuries. Now, the tendency is reversed, the former regional hegemon retreats, opening a phase of geopolitical activisation that will result in a process of filling the newly created niche with a new content, in another words, a construction of a new balance of power.

From a Polish perspective, Türkiye is a perfect potential partner in Eastern Europe: the one that can balance it, but cannot dominate it. Whether Ankara shares this view and sees itself a part of the new regional order is one of the questions that would be asked in Warsaw the closer the war in Ukraine comes to its end.