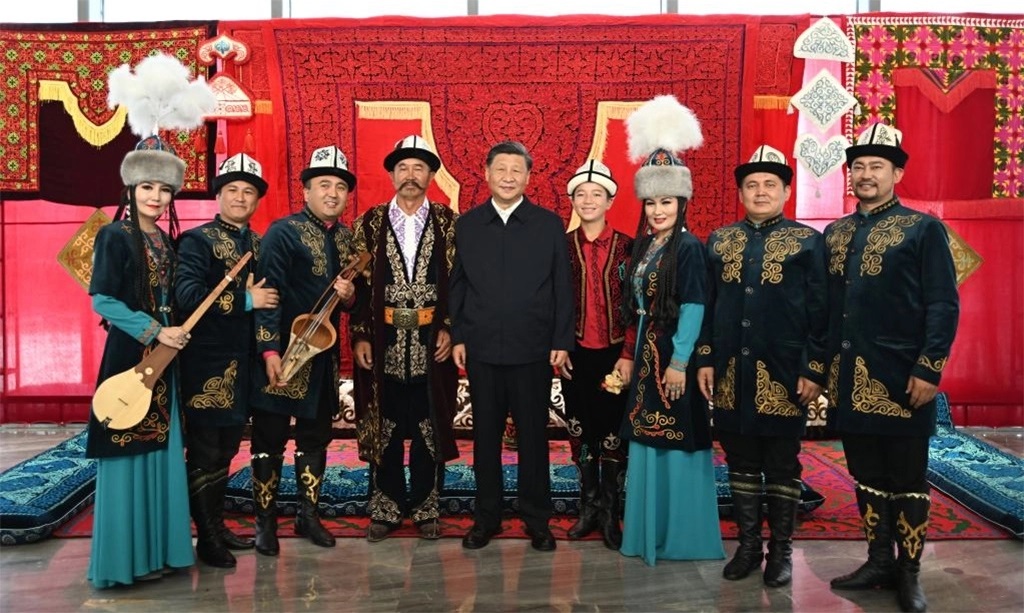 Chinese leader Xi Jinping is trying hard to reshape the narrative about Xinjiang Province, recasting it as a trade hub, not a den of popular discontent. But the legacy of China’s crackdown on Muslim minority groups continues to cast a shadow over the region.

Xi, who is angling to secure a precedent-busting third presidential term, visited Xinjiang from July 12-15. It was the first time he had gone west since 2014, shortly after he unveiled his Belt and Road Initiative (BRI) to transform China into a global commercial force. Back then, Xinjiang was a hotbed of unrest, with indigenous Muslim communities, led by the Uyghur minority, resisting Beijing’s economic development and cultural assimilation efforts. Uyghur resistance occasionally turned violent; Chinese authorities branded such episodes as terrorism.

Since 2014, Xi’s government has carried out a vast crackdown on all forms of dissent in Xinjiang. Up to 1 million Uyghurs and other Muslim minority group members, including ethnic Kazakhs and Kyrgyz, have been locked up in detention facilities, which Beijing officially describes as vocational training centers. A recent document leak highlighted the extent of China’s repressive practices in the region.

To read the rest of the article, please click: https://eurasianet.org/china-central-asia-xi-seeks-to-sinicize-islam-in-xinjiang