THE 45TH ISSUE OF THE REVIEW OF ARMENIAN STUDIES JOURNAL HAS BEEN PUBLISHED
Share : 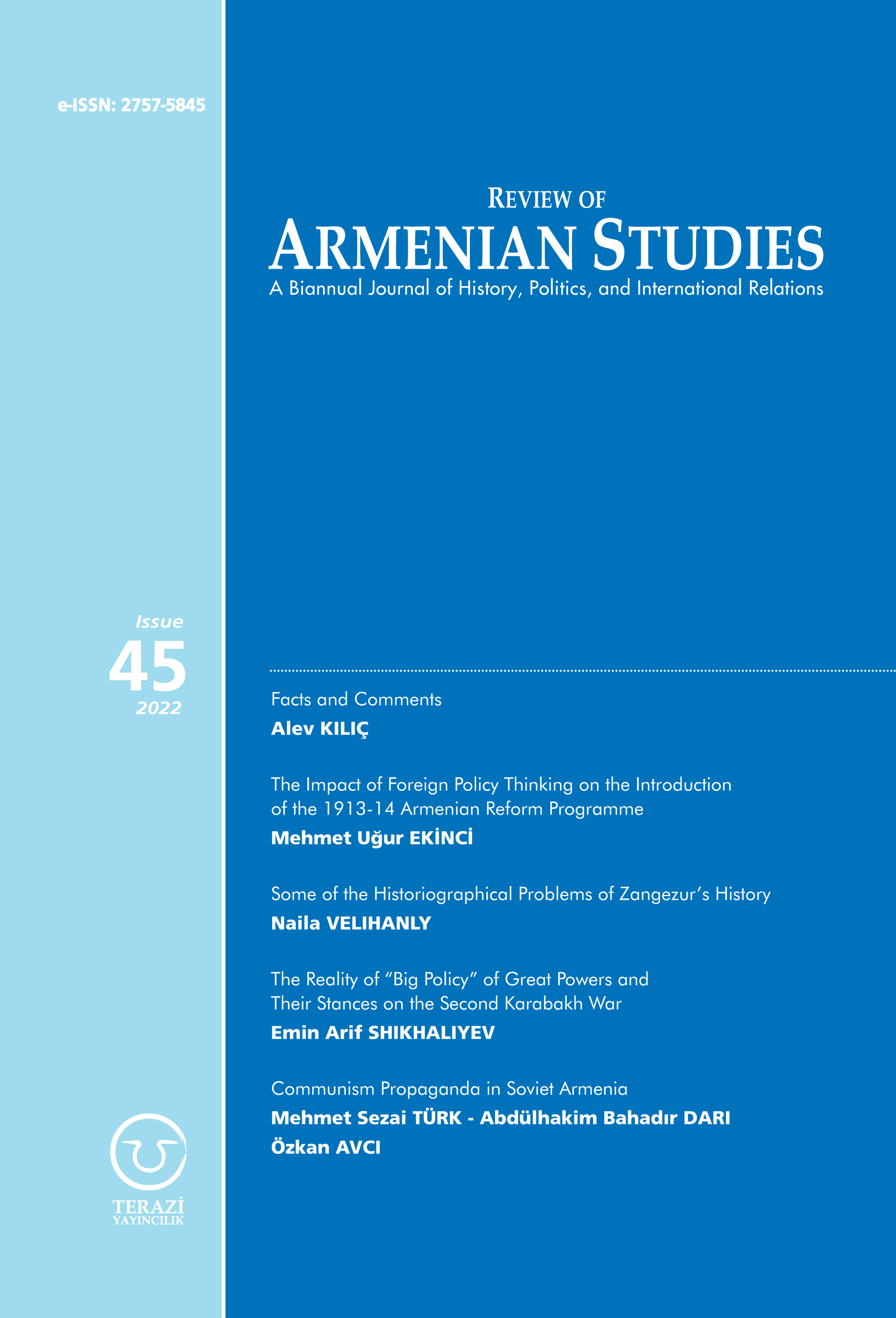 The first article in the 45th issue, titled “Facts and Comments” and authored by Alev Kılıç, covers Turkey-Armenia relations as well as internal and international developments of Armenia in the period of January-June 2022. The Second Karabakh War led to a substantial change in the region, opening new horizons for establishing peace, stability, cooperation, and neighborly relations in the region. The first step to activate this regional potential will be the signing of the Peace Treaty between Armenia and Azerbaijan, but no concrete development could be achieved during this period. Meanwhile, the peace treaty process with Azerbaijan caused heated arguments in internal politics in Armenia. In this process, the EU tried to fill the void left by the ineffective OSCE Minsk Group co-chair system, which is favored by Armenia but causes discomfort for Russia. Another development has been the initiation of a normalization process between Turkey and Armenia, with both sides designating special representatives for negotiations. The special representatives met three times, but Turkey’s insistence on holding the talks directly in respective capitals could not be realized due to Armenia’s preference to conduct them with a third-party involvement. The proposal promulgated by the Turkish and Azerbaijani Presidents to establish a regional platform of six countries (receiving cool reaction from non-regional parties), convened for its first meeting with one absentee, Georgia, on political bilateral differences with Russia. The month of April was again an occasion to bring into agenda the unfounded Armenian narrative and allegations, with the US administration again going to the extremes in this regard. This narrative and allegations used by the West reveal that they are regarded as a political tool to exert political pressure on Turkey.