THE 65TH ISSUE OF THE ERMENİ ARAŞTIRMALARI JOURNAL HAS BEEN PUBLISHED
Share : 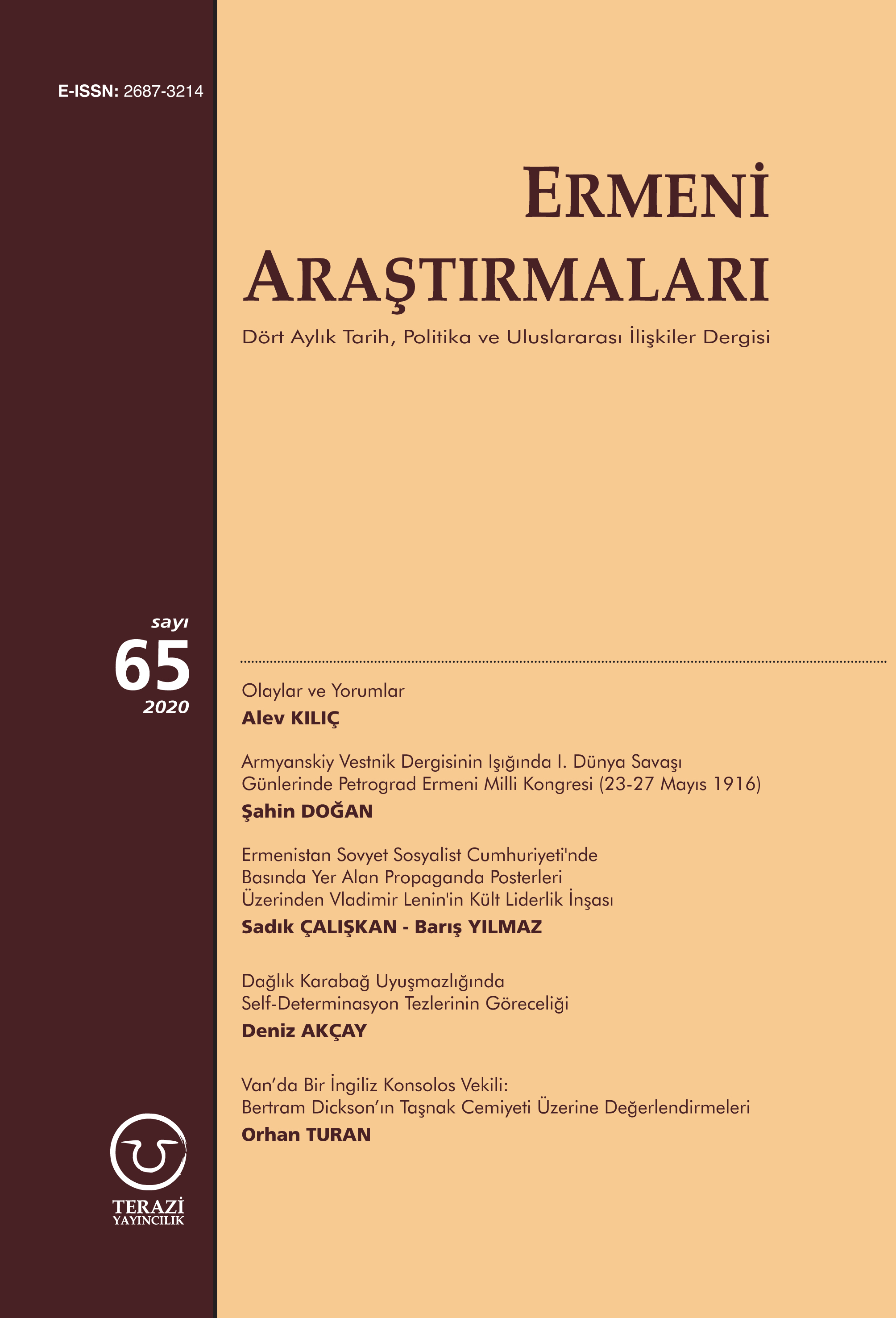 We are pleased to announce that the 65th issue of the Ermeni Araştırmaları journal has been published. This issue contains five articles in total including an editorial and four research articles.

As always, the editorial titled “Olaylar ve Yorumlar” (Facts and Comments) writen by Alev Kılıç, covers  the relations between Turkey and Armenia, and also the domestic and international developments of Armenia. In this respect, the developments between January and April 2020 are considered. Having difficulties in fulfilling promises and falling behind expectations, Pashinyan has targeted the bureaucracy, in particular the judiciary with the members of the Constitutional Court at the top, identified with the previous administrations. With the desire to shape the institutions in his own way in a legal manner, he has called for a referendum for changes in the constitution. The Nagorno-Karabakh conflict has continued to be a vulnerable problem open to exploitation by the opposition. These developments are evaluated in this article.

In Şahin Doğan’s article titled “Armyanskiy Vestnik Dergisinin Işığında I. Dünya Savaşı Günlerinde Petrograd Ermeni Milli Kongresi” (Armenian National Congress of Petrograd during the First World War in The Light of The Armyansky Vestnik Journal) based on archive researches, it evaluates how Dashnaksutyun used the Congress as an opportunity with the desire to control Armenian political life.

An article titled “Ermenistan Sovyet Sosyalist Cumhuriyeti’nde Basında Yer Alan Propaganda Posterleri Üzerinden Vladimir Lenin’in Kült Liderlik İnşası” (The Cult of Leadership Construction of Vladimir Lenin through Propaganda Posters in Media in Armenia Sovıet Socialist Republic) written by Sadık Çalışkan and Barış Yılmaz evaluates how the leadership model of Lenin was built in the Soviet Socialist Republic of Armenia by examining the posters of the period.

For the web page of the 65th issue of  Ermeni Araştırmaları journal, please visit: https://avim.org.tr/tr/Dergi/Ermeni-Arastirmalari/65