“AUGMENTING RUSSIAN AND CHINESE INTERESTS IN THE BALTIC COUNTRIES, IS IT OUT OF FRIENDSHIP ONLY?”
Share : 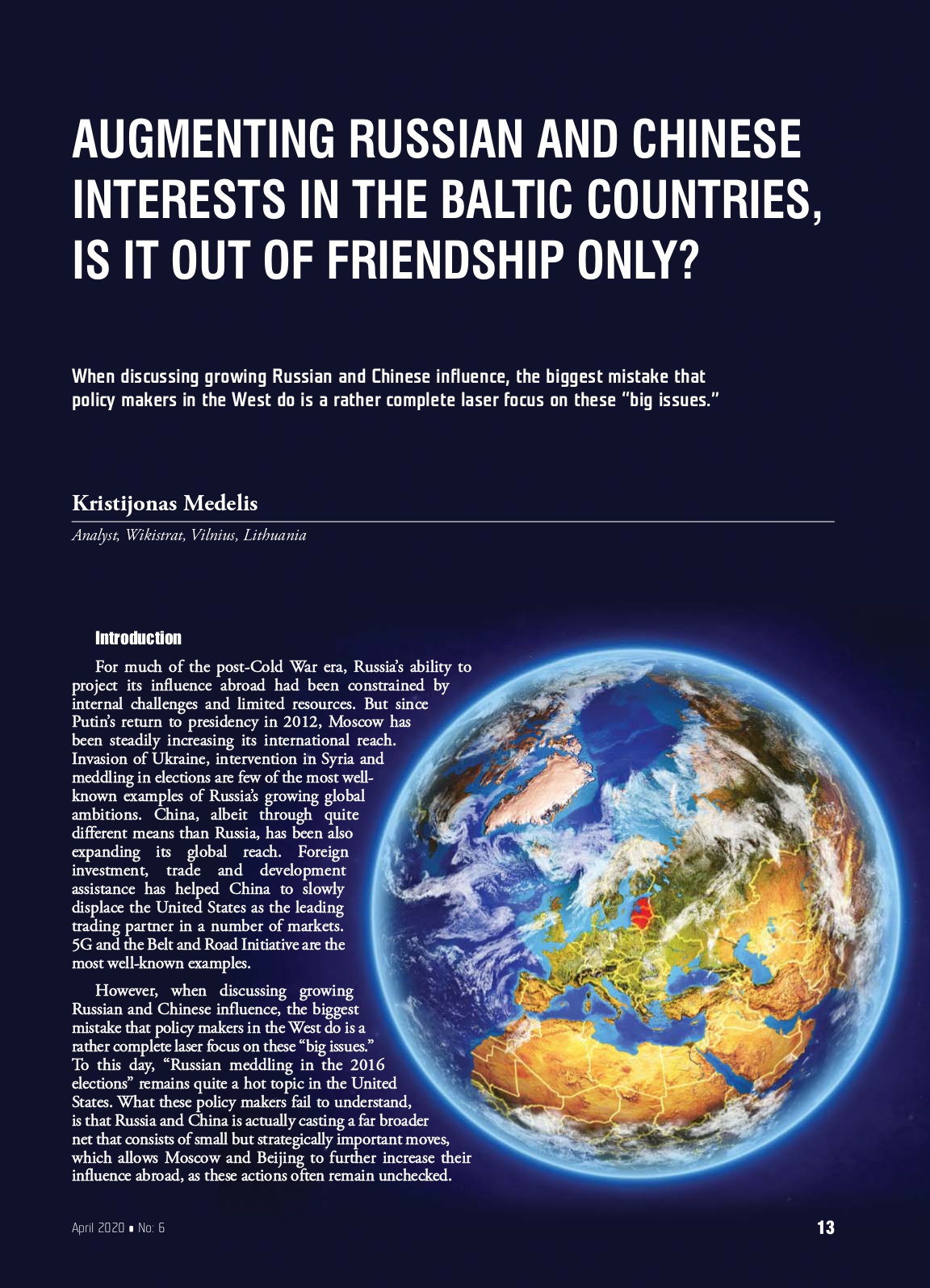 For much of the post-Cold War era, Russia’s ability to project its influence abroad had been constrained by internal challenges and limited resources. But since Putin’s return to the presidency in 2012, Moscow has been steadily increasing its international reach. Invasion of Ukraine, intervention in Syria and meddling in elections are a few of the most well-known examples of Russia’s growing global ambitions. China, albeit through quite different means than Russia, has been also expanding its global reach. Foreign investment, trade and development assistance has helped China to slowly displace the United States as the leading trading partner in a number of markets. 5G and the Belt and Road Initiative are the most well-known examples. However, when discussing growing Russian and Chinese influence, the biggest mistake that policymakers in the West do is a rather complete laser focus on these “big issues.” To this day, “Russian meddling in the 2016 elections” remains quite a hot topic in the United States. What these policymakers fail to understand, is that Russia and China is actually casting a far broader net that consists of small but strategically important moves, which allows Moscow and Beijing to further increase their influence abroad, as these actions often remain unchecked.