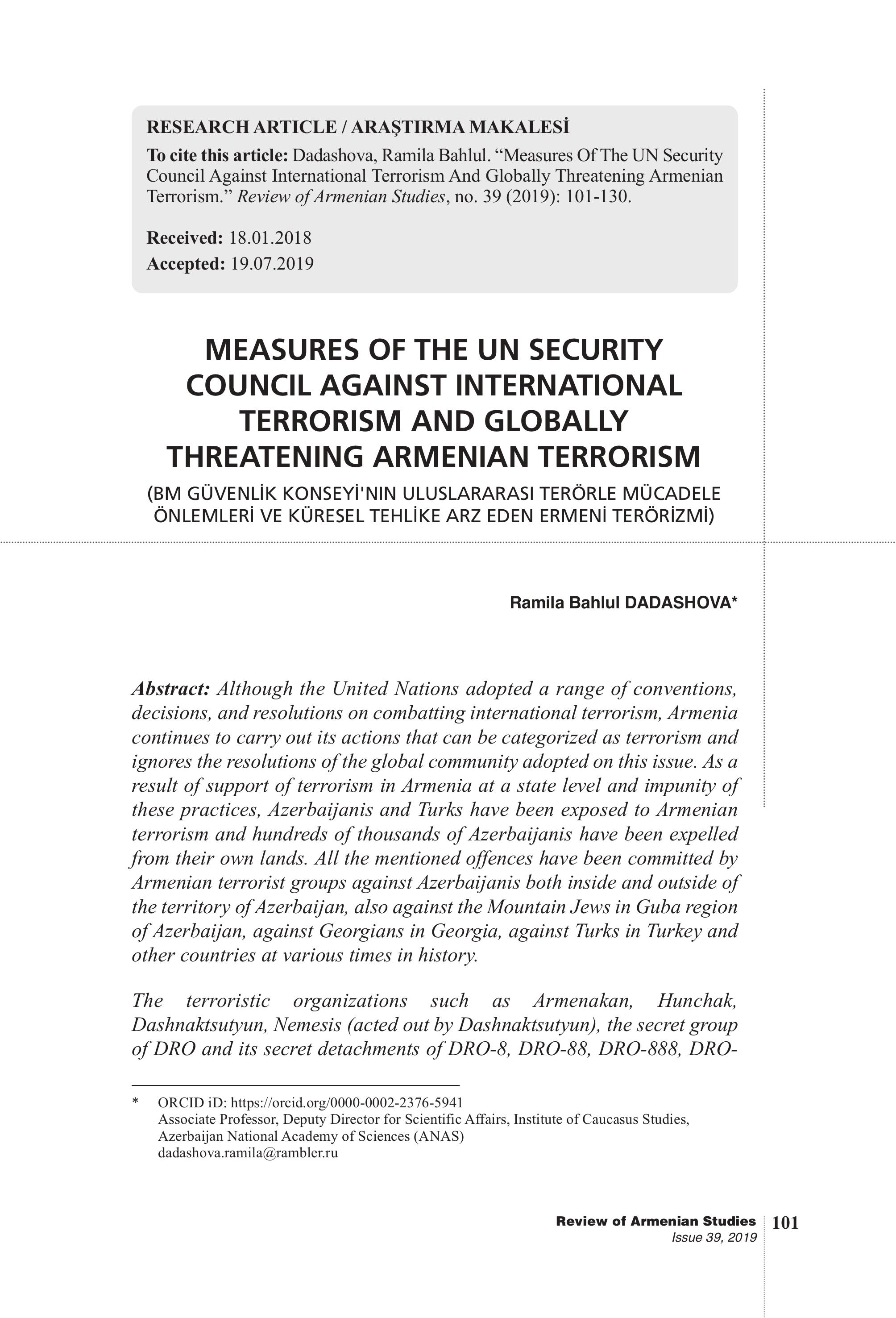 Although the United Nations adopted a range of conventions, decisions, and resolutions on combatting international terrorism, Armenia continues to carry out its actions that can be categorized as terrorism and ignores the resolutions of the global community adopted on this issue. As a result of support of terrorism in Armenia at a state level and impunity of these practices, Azerbaijanis and Turks have been exposed to Armenian terrorism and hundreds of thousands of Azerbaijanis have been expelled from their own lands. All the mentioned offences have been committed by Armenian terrorist groups against Azerbaijanis both inside and outside of the territory of Azerbaijan, also against the Mountain Jews in Guba region of Azerbaijan, against Georgians in Georgia, against Turks in Turkey and other countries at various times in history. The terroristic organizations such as Armenakan, Hunchak, Dashnaktsutyun, Nemesis (acted out by Dashnaktsutyun), the secret group of DRO and its secret detachments of DRO-8, DRO-88, DRO-888, DRO 8888, Democratic Front were committed to the purpose of breaking up Turkish states. Armenian Secret Freedom Army (ASOA), Armenian Secret Army for the Freedom of Armenia (ASALA), Geregon created by ASALA, Armenian Movement of Freedom (AOD), Armenian Freedom Front, Justice Commandos of the Armenian Genocide, the group of Revanchists of Armenian Genocide, Armenian Unity, Apostol tried to force the Turkish government to recognize the Armenian genocide allegations, committed terroristic acts against Turkish diplomats, public figures, intellectuals, and other innocent people in different parts of the world. After the establishment the Republic of Armenia in historically Azerbaijani lands, the same problem was put forward by anti-Azerbaijan and antigovernment provocation in Nagorno Karabakh, while the Republic of Armenia has led a purposely terroristic policy in this direction.