RUSSIFICATION POLICIES IMPOSED ON THE BALTIC PEOPLE BY THE RUSSIAN EMPIRE AND THE SOVIET UNION
Share : 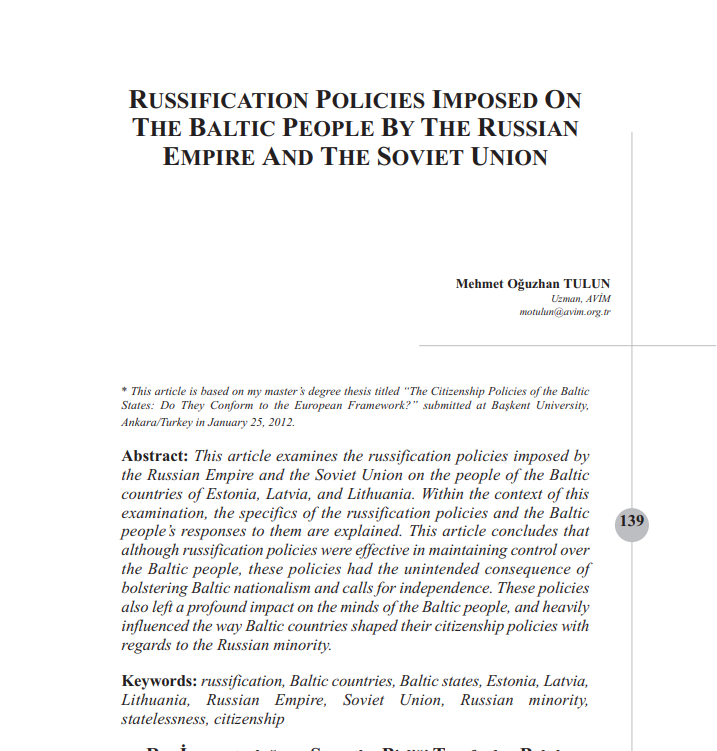