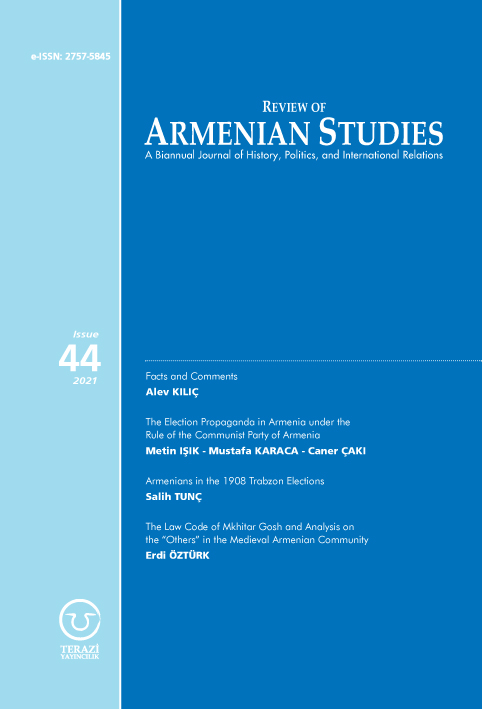 Assoc. Prof. Dr. Mustafa KARACA was born in Kayseri, and completed his primary, secondary and high school education there. He graduated from the Department of Business Administration of the Faculty of Economics and Administrative Sciences at Erciyes University (Kayseri/Turkey). He completed his master's degree in Business Administration and his doctorate degree in Management and Organization in the same university, respectively, by defending his thesis titled "Personality Traits Determining Entrepreneurship". He continued his academic life in Erciyes, Ahi Evran, İnönü and Sakarya Universities, respectively. Assoc. Prof. Dr. Karaca currently serves as a faculty member at the Faculty of Economics and Administrative Sciences at Anadolu University. During his career, he served as head of the department, member of the faculty board, Director of the Institute of Social Sciences, member of the Senate and member of the University Board of Directors. He has published around 40 national/international articles, around 50 national/international papers, and around 10 national/international books in the fields of communication, management, propaganda, and entrepreneurship. He received support from Tübitak with his article published in the Review of Managerial Science (SSCI) in 2019. In 2020, he was awarded the publication incentive of Anadolu University with his book titled Handbook of Leadership published by Cambridge Publishing House. He wrote and directed many projects funded by European Union Framework Programs, IPARD, Bilateral Cooperation Programs, Central Finance Contracting Unit, Development Agencies and Turkish National Agency. Assoc. Prof. Dr. Karaca attaches importance to interdisciplinary and multidisciplinary studies and studies in this direction. He is the founder and editor of Anadolu Academy Journal of Social Sciences and International Journal of Social Sciences.

Dr. Caner ÇAKI was born in 1989 in Bafra. He graduated from the Department of Public Relations and Advertising of the Faculty of Communication at Karadeniz Technical University (Trabzon/Turkey) in 2012. He completed his master’s degree in the Department of Communication Sciences at Inonu University (Malatya/Turkey) in 2016. He subsequently completed his doctorate degree in the Program of Communication Sciences of the Institute of Social Sciences at Erciyes University (Kayseri/Turkey) in 2021. He has worked as a research assistant at Inonu University between 2015-2021. Dr. Çakı’s interest areas are propaganda, political communication, social media, and public relations. He has studies on the propaganda activities in Nazi Germany, the Soviet Union, and the People's Republic of China. He has published studies on propaganda activities in several national and international journals. He is editor of three books titled Propaganda and Communication, Propaganda Music in Turkish Political Life, and Propaganda Studies in Turkish Political Life.

Prof. Dr. Salih TUNÇ was born in the village of Akçay, in the Elmalı district of Antalya. After completing his high school education in Antalya High School, he graduated from the Department of History, Faculty of Letters of Istanbul University in 1989. He received his master's degree in 1992 with his thesis titled "Internal Revolts During The [Turkish] National Struggle" at the Institute of Ataturk's Principles and Revolution History at Istanbul University. Thereafter, in 1999, under the supervision of the late Prof. Dr. Ali İhsan GENCER, he completed his doctorate degree with the thesis titled "The Istanbul Press During The Occupation Period (1918-1922)".  Subsequently, he served as a teacher for some time and then started to work as a lecturer at Akdeniz University in March 1993, serving in various academic staff positions. Between 2003-2005, at the Strasbourg University Departement d'Etudes Turques, and under the supervision of Prof. Dr. Paul Dumont, he carried out post-doctoral studies on the Young Turks and the Committee of Union and Progress (1908-1918). He became an Associate Professor in the field of New and Contemporary History in 2013 and Professor in Contemporary History Department in 2019. Subsequently, he worked as n guest researcher at Strasbourg University Departement d'Etudes Turques in France within the framework of the Tübitak 2219 project in 2016. He conducted archival studies at the French Ministry of Foreign Affairs units in Paris / La Courneuve and in Nantes, as well as at the military archive Château Vincennes. His academic studies here were mainly focused on the Constitutional Monarchy, the Young Turks and the Committee of Union and Progress, as well as the Armistice and Occupation Period. Prof. Dr. Tunç continues to serve as a faculty member in the Department of History of the Faculty of Letters at Antalya Akdeniz University.