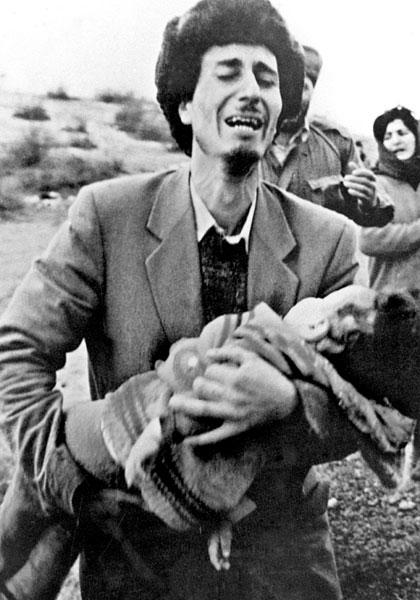 This week marks the 29th anniversary of the massacre at Khojaly committed by Armenian forces against Azerbaijani civilians during the first Karabakh War.

On 26th February, 1992 Armenian armed groups attacked the Azerbaijani town of Khojaly and in one night massacred more than 613 innocent people, including women, children, and babies. More than 480 were wounded and 1200 people were taken hostage. Khojaly town was completely annihilated, and it is difficult to find any trace of it today. Any remains lie in the rump of the area still occupied by Armenians after the Karabakh liberation war of 2020.

From September 1991 Armenian forces had began manoeuvring into positions, cutting off Azerbaijani settlements in Nagorno-Karabakh. During early 1992 the Armenians went on a full offensive, moving out from Khankendi/Stepanakert and capturing Azerbaijani village after village, expelling their inhabitants as they progressed. The Armenians proved very adept at irregular warfare in the opening phase of the Karabakh war and this enabled them to quickly terrorize much of the Azerbaijani civilian population into flight. Fedayeen fighters from Armenian met no equivalent from Azerbaijan. Azerbaijani forces suffered severe losses in an ambush at Dashalti, near Shusha, on 25th January 1992.

The Armenians next main target was the Azerbaijani town of Khojaly which had a pre-war population of around 6,000 and was the site of the region’s airport. It served as a railway and road transport hub for the wider area and was considered a hindrance to further Armenian territorial expansion. With Armenian forces holding Khankendi/Stepanakert to the South and the Askeran area to the North, Khojaly was largely isolated and was put under siege and blockade from September 11th 1991. The only way in and out was via helicopter and rescue and supply flights virtually ceased after the Armenians shot down a helicopter over Shusha in late January 1992. Around 2500 people were trapped when Armenian forces surrounded the town in early 1992. There were between 160 and 200 lightly armed defenders including about 20 OMON (Special Police). Ammunition was in short supply and there was hardly any fuel for the 2 remaining armoured vehicles. The outgunned and outnumbered defenders were largely defenceless against the forces which were ranged against them.

On 26th February 1992 Armenian militias in alliance with troops from the Soviet 366th regiment from Khankendi, whose officers were 80 per cent Armenian and who were being funded by the separatists, assaulted the town. Heavy artillery and around 40 armoured vehicles were employed in the attack and this overwhelming firepower quickly broke down resistance. The subsequent massacre at Khojaly in which around 613 people were done to death in brutal fashion by the Armenians was the most devastating of the operations conducted by the Armenian paramilitaries against the Azerbaijani population.

To read the rest of the article, please click: https://drpatwalsh.com/2021/02/21/khojaly-massacre-anniversary/

*Ph.D in History, author on history and politics