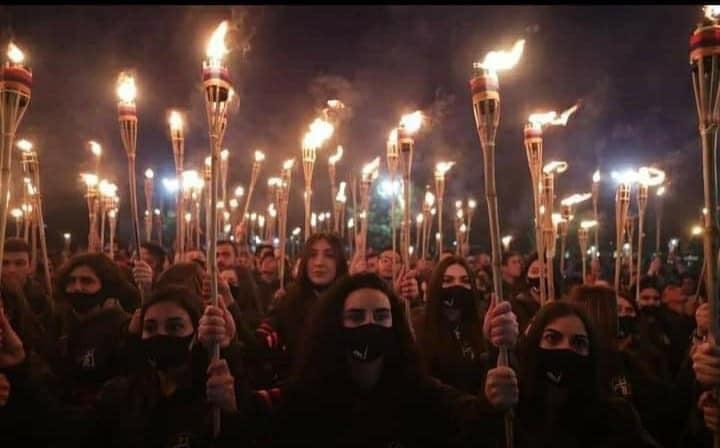 “Each year on this day, we remember the lives of all those who died in the Ottoman-era Armenian genocide and recommit ourselves to preventing such an atrocity from ever again occurring… Today, as we mourn what was lost, let us also turn our eyes to the future – toward the world that we wish to build for our children. A world unstained by the daily evils of bigotry and intolerance, where human rights are respected, and where all people are able to pursue their lives in dignity and security… Let us renew our shared resolve to prevent future atrocities from occurring anywhere in the world. And let us pursue healing and reconciliation for all the people of the world.” President Joe Biden, 24th April 2021.

Biden did not mention any of the Turks and Kurds who died as a result of the general assault made by the Imperialist Powers on the Ottoman state in conjunction with the insurrection behind the lines by Armenian revolutionary groups, even though the death toll among these people was much higher than among those he chose to remember. Moslem Lives Don’t Matter, it seems.

President Biden, recently accused Vladimir Putin of being “a killer”. The Russian President delivered a fitting riposte in the form of his reply: “It takes one to know one.” Putin did not need to elaborate. The world knew that President Biden is the Head of State of the country that has killed by far the most people across the world in modern times. It is the only state in the world that has used nuclear weapons against civilian populations. Indeed it is the only country which has used nuclear weapons in war at all.

It is a fact that the United States is the most successful genocidal state on earth. No other country has exterminated people to such good effect as the USA, reaching global predominance in the process. Having disembarked from the Mayflower, it wiped out the original inhabitants of America from Atlantic to Pacific over the course of 3 centuries, in a great moralistic expansion known as Manifest Destiny. Subsequently, it has gone around the world killing people in millions, after completing its destiny on the continent it conquered. Beginning at the start of the 20th Century it annihilated a few hundred thousand Filipinos in its first expansionary war outside the American continent and never stopped from there.

Much of the wealth of the US was accumulated through an industrial slaving system which it inherited from its Anglo-Saxon cousin and which brought millions of unwilling Africans across the oceans to do its work. Millions more Africans perished in the brutal process – perhaps the most inhuman act perpetrated in history.

The United States was White Supremacist in its origin, development and consolidation. An effective system of black subjugation without legal slavery lasted for a century after emancipation. Lynch law was used to uphold the white supremacy by the Democratic Party. Apartheid was institutionalised by many States to segregate the races, in which race-mixing was illegal. And the US seems to still have a big problem with the descendants of the people it put in slave plantations and periodically lynched to keep in order, and who have had to recently protest that “Black Lives Matter”. And it was Joe Biden’s colleague Hilary Clinton who called black men “super-predators”.

Please click to read the rest of the article: https://drpatwalsh.com/2021/04/24/on-the-ottoman-relocations-of-armenians-in-1915/