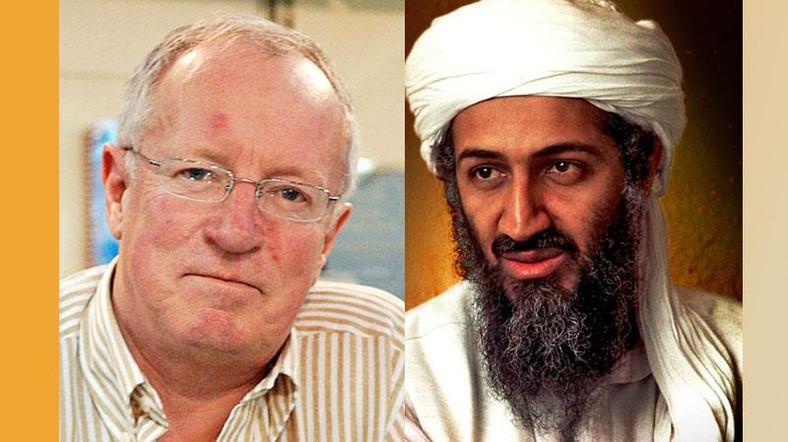 Robert Fisk has made two major contributions to the Armenian allegations himself. The first of these is introducing the term ‘Armenian holocaust,' and the second and maybe less known contribution is the categorization of the ‘Good Turk vs. Bad Turk'

The Middle East correspondent of the British newspaper The Independent, Robert Fisk, is a well-known journalist. He has been a field reporter in the region and a writer of many books and articles. In that sense, his career can be defined as exemplary for journalists all around the world. However, today is the era of propaganda and Robert Fisk has become a pioneer of the modern era of propaganda, like Arnold Toynbee did 100 years ago, although his career can never match that of Fisk's.

Those who follow Fisk's columns will see that Fisk has been a frequent supporter of Armenian genocide allegations. Fisk's articles reflect his dedication to Armenians' views albeit with a very personal devotion. Thus, Fisk's column in The Independent is as popular as "Saturday Night Live" for Armenian allegations; any book or name that appears to contribute to Armenian allegations and which appears in print can easily rise through the ranks of Armenophile authors and become a part of that discourse. Therefore, Fisk can be defined as a spokesman and even an opinion leader of the Armenian allegations in the Western media.

Some of those contributions have been his continuous support to Taner Akçam and the like by referring to their work, which have been proved to include distortions more than once by several academics and scholars. Fisk has never featured any of these serious criticisms against these people in his articles, but on the contrary, presented their work almost as if they are his own. Thus, Fisk played quite an important role in publicizing them. The duty of the journalist is not to become a front for answers provided by others, but to ask questions and seek his own answers.

Fisk has made two major contributions to the Armenian allegations himself. The first of these is introducing the term "Armenian holocaust," a term that became quite popular among the Armenians who worked quite hard for its acknowledgment. A second and maybe less known contribution is the categorization of the "Good Turk vs. Bad Turk."

The first of these, together with Armenian propaganda on suffering the "first genocide of the century," has become quite well-known. The second contribution by Fisk is indeed a reflection of the breaking point in Fisk's transformation toward becoming one of the most popular propagandists of this century. Fisk worked hard to introduce the distinction between the "Good Turks" who helped Armenians a century ago, and the "Bad Turks" who either remained indifferent or took part in the "crimes" committed against the Armenians. There is no search for a better understanding of history when it comes to this categorization: Fisk is very much aware of the fact that such a distinction can help exempt the Armenians from the inherently racist thought in the radical Armenian ideology against the Turks by embracing the "Good Turks." It gives Armenians the opportunity to evade their "racist" ideology and hate only the "Bad Turks" instead of all Turks. Again, with such distinction Fisk could have thought that the Armenians could reach out to a group of sympathizers in Turkish society. Indeed, Fisk frequently referred to the alleged "hundreds of thousands" of Turks who think that "the Armenian genocide is now a fact of history," that it is only the Turkish government and elites who still deny the Armenian allegations while the majority of Turks do not.

The dangers of this second contribution by Fisk is obvious. Fisk has never mentioned the over 500,000 Turkish and Muslim people murdered by Armenian gangs on the Eastern Front during World War I, or Turkish diplomats and civilians who were killed by Armenian terrorists at the third phase of Armenian terrorism not so long ago, just for being Turkish. It is impossible for an experienced journalist like Fisk not to know of Armenian terrorism in Lebanon; he is someone who has been in the Middle East and Lebanon during those times. It means that Fisk is very selective in his references to terror and violence against the innocent. Fisk's distinction between good Turks and bad Turks allows for the legitimization of Armenian terrorism. His choice of words during an interview with the terrorist Soghomon Tehlirian's son has signs of this legitimation and sympathy with this terror. Thus, the hasty adaptation of this discourse by the Armenians was made possible due to their continued referral to and explicit sympathy toward Armenian terrorism. Armenians continue to show admiration for terrorism even today by commemorating the actions and the perpetrators in Armenia and all around the world. Fisk has given them the key to do that in a more "legitimate" way.

Not for the first time

At this point, a very critical assessment about Fisk's "journalism" can be made. It is not the first time Fisk has legitimized terrorism throughout his career. Fisk is the journalist who introduced Osama bin Laden to the world with three interviews back in the 1990s. Fisk's sympathy toward Gaddafi when he supported the IRA is well-known. Again, Fisk went far as to blame the Turks and the 1915 events for the ethnic cleansing committed by the Armenians against the Turks in Khojaly during the Nagorno Karabakh conflict between Azerbaijan and Armenia; it was their fault they were murdered.

There may be two reasons for Fisk's unethical style of journalism. Either Fisk is a journalist who does insufficient research about the facts, without even fair knowledge and in a scrawling manner, which would be regrettable for a journalist of his "reputation." Or Fisk deliberately chooses to omit some of the facts, manipulate and distort them, and write only about what is suitable for him, which would be more dangerous than just a display of ignorance. It would also be the biggest harm one can cause to the Turkish and Armenian people who continue to seek a fair and better future for their societies. Therefore, every article written by Fisk is overshadowed by his personal interests. Remember, Toynbee confessed 100 years ago that he initially became a tool of propaganda against the Turkish people and said that he regrets his role in such a smear campaign. Unfortunately, Fisk can never have the wisdom and sense of justice that Toynbee showed; apparently Fisk will continue to be the pioneer of defamation against the Turks and Turkey willingly.