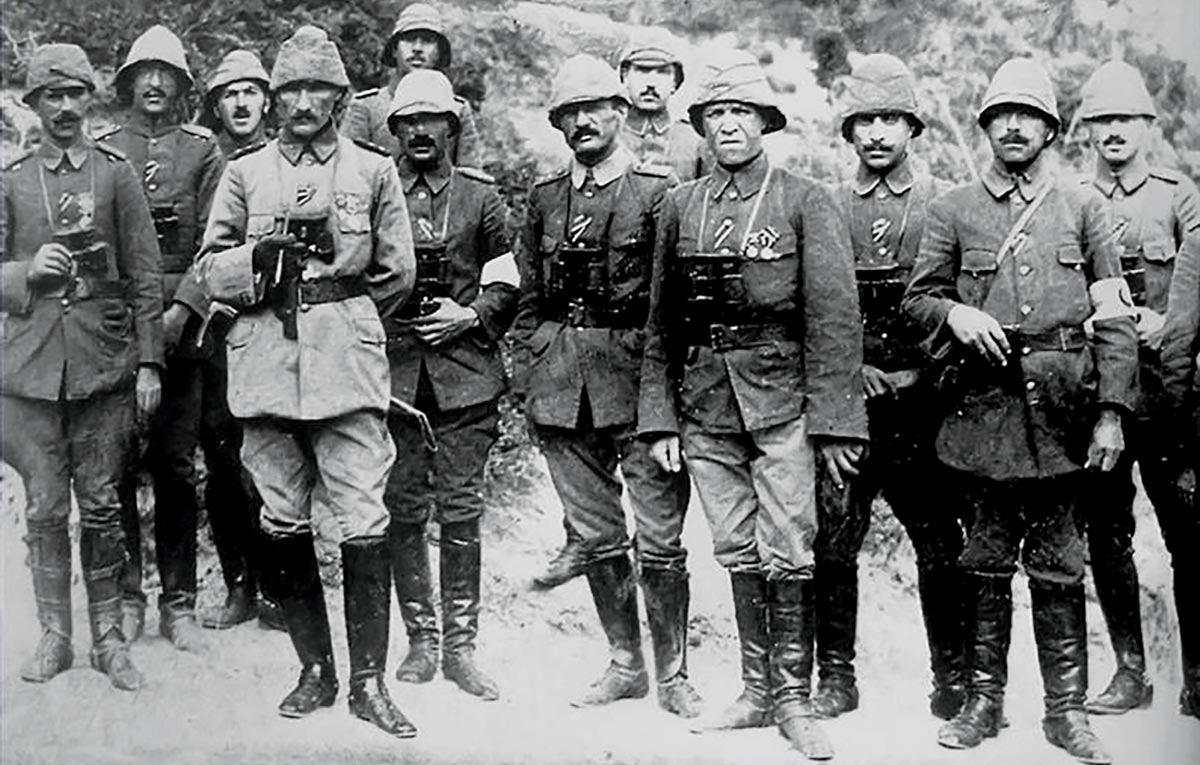 When the Ottoman Empire joined Germany and the Central Powers against the Allies, a bad situation became worse. With Germany mere miles from Paris and the Russians losing whole armies in the field, the Allied powers knew they could not long withstand a protracted war. They attacked on several fronts all along the Ottoman borders—Russians in the Caucuses and the British and French in Egypt and Mesopotamia. Those efforts were succeeding but too slowly to have an effect. The Ottomans threatened to starve the Russians; the only yearlong seaport available was on the Crimea, and the only access to the outside world ran straight through Istanbul and the Dardanelles. First Lord of the Admiralty Winston Churchill proposed a daring plan to simultaneously secure the waterways to Russia and strike at the heart of Turkey. The Allies would invade a small spit of land called Gallipoli that controlled access to the Dardanelles, the Ottoman capital, and on to Russia itself.

The preparations started with the fleet bombarding the forts along the coast in March. The invasion began a month later. The Turks went to sleep on the night of 24 April with the Allied fleet on the horizon. They awoke at dawn to find an army already on the beaches and with more on the way. The entire campaign hinged on the first few hours—success or failure could come down to a single misstep on either side. However, fortune favored the Turks on this day; they had a competent commander with a brilliant mind and a powerful will. Mustafa Kemal, commander of the 19th Division and the entire 5th Army’s reserve, stood at Boghali, seven kilometers away from landings at Ari Burnu. He was in the right place with the right tools at the right time, but that in itself did not guarantee victory. It came down to the leader and how he led.

Of the six activities of the commander in the operations process, Kemal executed the first five with the greatest effect, motivating his own troops and halting the enemy. Kemal’s grasp of these commander’s activities saved the battle for the Turks in the first hours of the Battle of Gallipoli. He understood a chaotic situation, visualized the conditions necessary for success, described them to his subordinates, directed his units, led the battle, and constantly assessed his position against a brave but battered enemy.

Please click to read the rest of the article: https://www.armyupress.army.mil/Journals/Military-Review/English-Edition-Archives/January-February-2021/Venditti-Rock-of-Gallipoli/