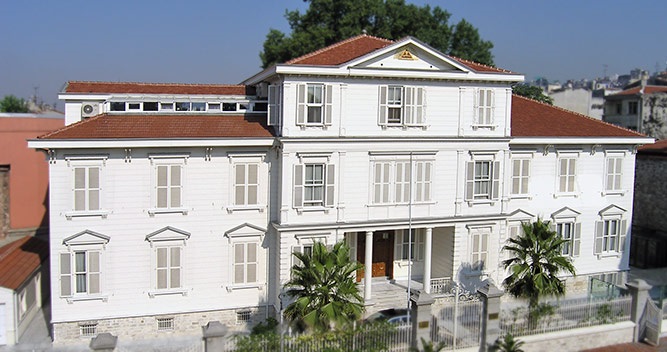 Due to the Armenian Patriarchate of Istanbul’s last Patriarch Mesrob Mutafyan falling ill with dementia in 2006 and being unable to fulfill his Patriach duty, the new patriarch election process has brought with it many arguments. Before analysing the subject, it would be helpful to remind what has occurred.

In 2010, with Archbishop Aram Ateshyan taking over the duty with the title of General Vicar until a new patriarch is chosen, the matter first became an argument between Ateshyan supporters and opposers in the community. Due to the time of deputation being prolonged and Mutafyan's health not recovering, with the pressure of the circles opposing Ateshyan's general vicar, II. Mesrob Mutafyan was made to retire and it was announced that the patriarchate position was empty. On 15 March 2017, with the election made in the Patriarchate, the spiritual leader of the Armenian community in Germany Karekin Bekchiyan was brought to the Degabah position, a temporary office that possess the authority of patriarch in his absense and the trustee of the patriarch chair until the next patriarch is elected. In the writing sent to the Patriarchate on 5 February 2018 by the Istanbul Governorship, it was informed that health issues can not be considered as a valid legal reason for a new patriarch election according to the 1961 patriarch election regulations. For this reason, it was indicated that Karekin Bekchiyan's Locum Tenens status is legally invalid, that Patriarch General Vicar Aram Ateshyan will continue his duty and that Bekchiyan's Locum Tenens status as “Değebah” is not recognized by the state. In response, Karekin Bekchiyan left the office and Turkey.

In 8 March 2019, with the election of a new patriarch now becoming imperative following Mutafyan's passing, the Ministry of Internal Affairs informed the Patriarchate right after the recent elections that the new patriarch election process will commence and that 4 July 2019 is suitable for a Değebah/trustee election as the initial step to choose the patriarch. In 4 July 2019, Aram Ateshyan and Bishop Sahak Mashalyan became candidates for the election of a Locum Tenens that will conduct the patriarch election. Mashalyan was elected as Değebah by the Clerical General Assembly by 13 votes against 11.

In order to correctly analyze the confusion, it would be helpful to examine the Armenian community’s position from past to present and the patriarch elections in a historical perspective. The legal basis used today in the Turkish Armenian Patriarchate is the 1863 Armenian Constitution called ‘Nizamname’. This constitution was presented in 1860 by the luminaries of the Armenian community as a follow-up of the legal arrangements brought by the imperial edicts of 1839 and 1856. In was approved by Bab-ı Ali in 1863 with the title “Nizamname-i Millet-i Ermeniyan”. The 1863 Nizamname is an extensive legal text that emanated as an "Armenian Constitution", in which, along with the Partriarchate and patriarch election, not only the religious needs, but also the worldly matters of the entire Armenian community in the Ottoman state are established. The constitution formed of 99 articles, other than the Patriarchate elections and the functioning of the Clerical Assembly, emanated almost as a constitutional regulation in which the forming the Corporal Council and its commissions, the forming the General Parliament and its duties and many subjects regarding earthly life, such as education, health, taxes and even jurisdiction, are conducted by these commissions.

When evaluated in the framework of the Ottoman "millet system", the 1863 regulations which can be considered as a reformist legal text during its period, is a subject that can lead to confusion and mutual misunderstandings for the Armenian community and the state bureaucracy regarding how it will be implemented today with the established Republic of Turkey, the notion of the "millet system" removed completely with the equal citizenship system in its place. Ultimately, this community, of which almost all of it resides in Istanbul and its population has decreased to 50 thousand, conducts its own domestic affairs under the Republic based on equal constitutional citizenship. The actual conditions of conducting in the Ottoman system as a separate "autonomous" nationality administration is nonexistent at 21st century. In this regard, to adapt the 1863 Constitution to the present, forming a permanent administrative arrangement that would be suitable to the conditions of today, instead of the governorship sending separate patriarch election regulations prior to every election, would provide convenience to the community and the state bureaucracy.

In the disagreements that occured in the last patriarch election, apart from the gaps in the administrative arrangements of the patriach election we have mentioned above, there has been a dispute between two sides. One side involves the circles who have especially surfaced around the Agos newspaper and dissociate themselves from the traditional conservative section of the Armenian community and wish the Armenian community to have a greater voice not only in religious but also worldly subjects following the partriarch election. The other side is the state bureaucracy which considers it better to have a patriarch election that follows a path coherent with the state policy especially regarding the Armenian genocide claims and other matters.

Among the reasons for the opposition to Aram Ateshyan’s general vicar by circles of the Armenian community mentioned above are accusations that he is pursuing a "path in line with the government" and maintaining an attitude that is ill-suited to the spiritual maturity the patriarch position requires. Let us put aside what the spiritual maturity required for the patriarch position is as this is an internal dispute in the Armenian community and patriarchate. The accusation directed at Ateshyan that he is pursuing political ownership in line with the government is a meaningless accusation. To be fair, the Armenian Patriarchate of Turkey is ultimately a legal establishment of the Republic of Turkey and the state’s demand to work with a patriarch who is congruent with the national policy established regarding the "Armenian issue" disputes should naturally be met. There is nothing abnormal about the state not wanting to work with Bekchiyan as a result of the suspicions on him not being obviated as a result of his statements about genocide dispute. It is not right to characterize this stance as interfering with the internal affairs of the Armenian community. As the Armenian Patriarchate of Turkey has been built in 1461 by Fatih Sultan Mehmet in Istanbul, it has always continued to be an important establishment for the state. The patriarch being appointed by the state would be wrong as much as the serving of a patriarch opposed to the general policy of the state would be wrong, too.

In addition, attention should be paid by state to not give an impression to the public opinion that a direct intervention is being made to the Armenian patriarch election. It should be taken into consideration that the Armenian Patriarchate of Turkey is an important historical establishment and that this establishment being managed in Turkish soil by Turkish citizen patriarchs is a pleasing situation for Turkey. The state should also continue to provide the necessary support for the Armenian church and community of Turkey which is declining in population. In light of the recent arguments, it should not be overlooked that the one who is chosen as the patriarch is not only congruent with the state but also wields the merits that this position requires.

As both candidates of the değebah election on 4 July are valuable people who can work in congruence with the state’s general policy and possess the religious and intellectual merits, the crisis of this election seems to have died out. In order to avoid similar crises in the next elections, as mentioned above, it will be beneficial if the state explains its main reservations regarding certain subjects to the prominent officials of the community, the elections are conducted with a consensus that is congruent with the community’s own inner dynamics and a resolution is made permanent through making an arrangement to the election regulations regarding uncertain subjects in the election process in light of these reservations.

* Abdurrahman Tufan Kaya was born in Ankara in 1976. After completing the Department of Public Finance of Ankara University’s Faculty of Political Sciences, he completed London School of Economics and Political Science’s (LSE) masters program on International Strategy and Diplomacy. Between 2009-2019 he established and managed a company of international trade and has made presentations on history, international relations and history of art as an invited speaker in various universities and conferences. He has also written various Turkish and English articles on the Turkish-Armenian relations.