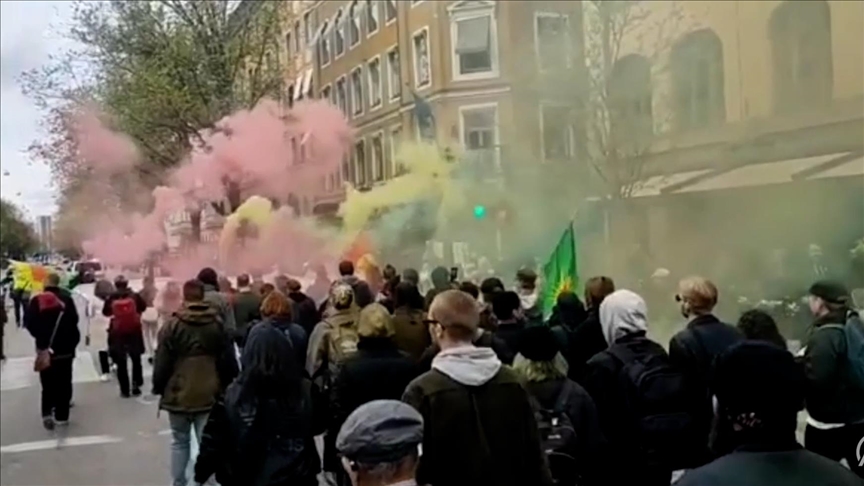 Fearful of the consequences of Russia’s invasion of Ukraine that started on 20 February 2022, Sweden and Finland have formally applied for NATO accession[1], which was met with Turkey’s objections in late May[2]. Turkey objected to Sweden and Finland’s accession because of their tolerance and support for terrorist organizations[3], which directly constitute a threat to the Republic of Turkey. Turkish President referred to Sweden as “a total terrorism center, a nest of terrorism”, highlighting its ties with PKK’s Syrian branch YPG and called on Sweden to lift its arms embargo against Turkey[4].

Turkish delegation met with the delegations of the two sides separately[5]. Following this, the three sides met that lasted for 5 hours[6]. In this meeting, the Turkish Delegation, headed by Presidential Spokesperson İbrahim Kalın and Deputy Foreign Minister Sedat Önal, met with the Swedish Delegation consisting of of Swedish State Secretary for Foreign Affairs and Security Oscar Stentstrom and Finnish Permanent Foreign Ministry State Secretary Jukka Salovaara along with his delegation[7]. The issues on the table were the extradition of members of PKK and FETÖ terrorist organizations[8], prohibiting the actions of PKK and PKK related organizations in Sweden and Finland including street demonstrations and finally, refraining from giving both verbal and financial support to those terrorist organizations[9].

In Sweden, the words of President Erdoğan resonated and created difficult times to the left leaning government. According to Aron Lund, a Middle East Expert and fellow at US think thank the Century Foundation, “You have Kurdish voters in Sweden, you have a lot of party activists with Kurdish backgrounds, a lot of people who sympathize with Kurds. It’s a sensitive issue, for Sweden generally and the Social Democrats, in particular. It’s very awkward[10].”

Indeed, it must be noted that, Magdalena Andersson became Prime Minister of Sweden in 2021 thanks to a one vote difference. That vote belonged to a far-left, militant Iranian Kurdish MP, Amineh Kakabaveh, who gave her support to Andersson in return for an official agreement, which was signed by Andersson and focused on Sweden giving support to militant Kurdish groups tied to the PKK and criticism against the Turkish government and its struggle against terrorism[11].

Turkey has stated multiple times that YPG is a threat to Turkey due to its strong ties with PKK, which has been waging its terror campaign against  Turkey since 1984 and is responsible of more than 40,000 deaths in in the country[12]. Meanwhile, the crimes of PKK/YPG are not limited to undermining and threatening Turkey, as the terrorist organization is responsible for many child abuse cases. Even the UNCHR published a report on January 2020 stating that PKK/YPG is using child soldiers in Syria[13]. As recent as last May, YPG kidnapped two brothers as young as 9 and 10 years old to forcefully enlist them in the organization in Syria[14].

It is known that the PKK is recognized as a terrorist organization by many countries. Yet, it is argued by many of those countries that the YPG is independent from the PKK[15]. Sweden even contends that acts such as organizing meetings with YPG members does not mean giving support or legitimizing terrorist groups[16]. With regards to this, Peter Hallqvist, the Minister of Defense of Sweden, met with YPG members and at the same time, Sweden’s Minister of Foreign Affairs Ann Linde tweeted herself with officials from the Syrian Democratic Council, which is the political arm of YPG[17]. In addition to these, after the meeting organized by Swedish Ministry of Foreign Affairs, a well-known Stockholm street was decorated with a large PKK banner[18]. In Finland, it is known that, the YPG/PKK can publicly make demonstrations, too[19].

Such treatment is not only limited to Sweden and Finland. Despite its illegal activities in Syria, the US and many European countries are giving public support to YPG in any way possible[20]. Moreover, the West is legitimizing this act in the name of “fighting against DAESH”[21]. In this sense, in the name of fighting against DAESH, from Paris to Berlin and many other European capitals, PKK/YPG is allowed to open offices in their countries, which means that these countries are giving a platform for terrorist organizations to realize their aims[22]. In Germany, for example, a recent report by the country’s domestic intelligence agency confirmed that PKK “is the biggest foreign extremist group in the country, with around 14,500 followers” and that it is using Germany as “as base to finance attacks” in Turkey[23]. Also, a 2015 report shows that Germany permits more than 14,000 PKK members to stay in Germany[24]. At the same time, according to this report, PKK used more than 13 million euros in 2014[25].

France is another European country where PKK affiliated groups can operate freely and extremist militants who escape Turkish authorities can take refuge in[26]. When the relationship of PKK and the French Government is taken into consideration, it can be seen that it has an old history. It was the 1980s when Daniel Mitterand, wife of the French President of the time, publicly stated her support to Abdullah Öcalan, leader of PKK[27]. Then, again in France, PKK, which is labeled as a terrorist group as per the EU’s list, was asked to be removed from that list by a French columnist[28]. Furthermore, there exists national figures in France such as Jean Luc Melenchon, who gives public support to PKK[29]. As for current developments, French President Emmanuel Macron permits PKK-led demonstrations in France[30].

Given all these, it can be seen that Ankara’s search for fair treatment from its Western allies has a logical basis. When it comes to words, Western countries talk big on human rights, democracy, and the rule of law. These countries even blame Turkey for not adhering to those core principles when it comes to Turkey’s fight against terrorism and its domestic issues. However, as it can be seen, these countries themselves have double standards as they implicitly or explicitly support terrorist groups which are responsible of child abuse cases[31] as well as acting to undermine Turkey’s security. In this sense, Western countries need to a take a hard look at their own activities before meddling in Turkey’s internal affairs.

In the name of allied solidarity, on last Tuesday, Turkey, Finland and Sweden, signed a trilateral memorandum[32]. Several commitments were made by the two Nordic countries such as cutting support to the YPG/PKK and FETÖ, referring those groups as terrorist organizations, establishing joint dialogue and cooperation mechanism against those terrorist groups and addressing Turkey’s deportal requests of terror suspects if there exists evidence against them[33]. In return, Turkey agreed to support the accession process of Sweden and Finland to the NATO. Despite the fact that what the Nordic countries made were only words, it is at least an acknowledgement achieved by Turkey, to take measures against terrorist groups.

[22] Murat Sofuoğlu, “How Europe Became a Safe Haven for the PKK”, TRT World.