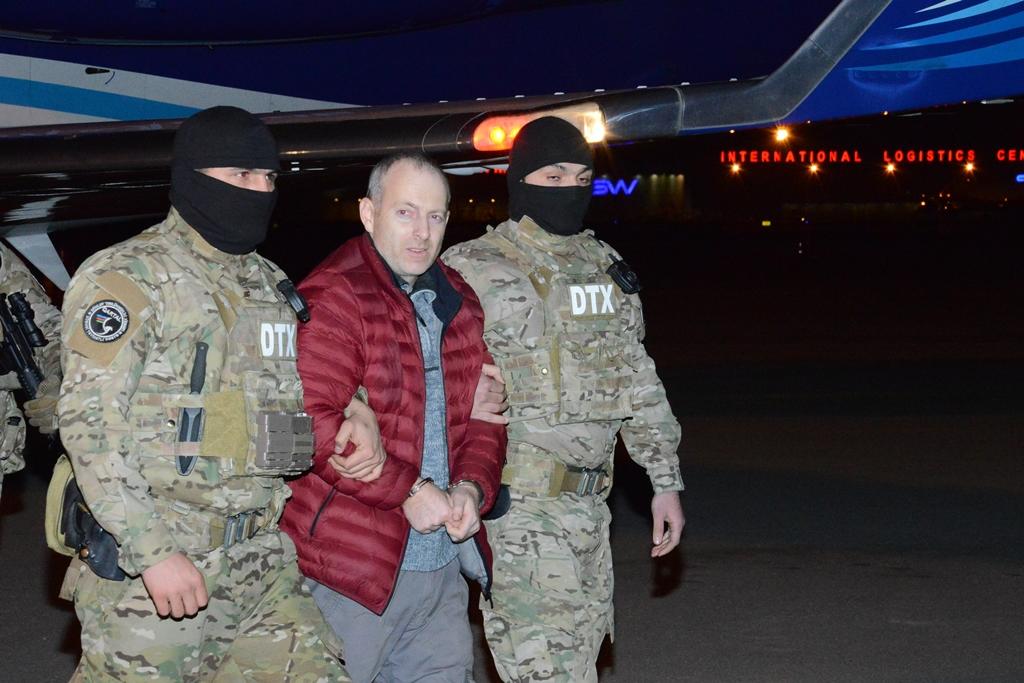 In 2011 and 2012 Alexander Lapshin, a blogger who holds Israeli, Russian and Ukrainian citizenships visited Karabakh without legal permit from Azerbaijan. In his blog, Lapshin also wrote posts advocating the independence of Karabakh and criticized İlham Aliyev for establishing a dictatorial rule in Azerbaijan. In response, Azerbaijan banned Lapshin’s entry to Azerbaijan, a common sanction that Azerbaijan imposes on those who make unauthorized visits to Karabakh. However, Lapshin being informed of this ban, entered Azerbaijan in 2016 with his Ukrainian passport, in which his name is spelled slightly different than his name in his Russian passport. Azerbaijan issued a warrant for Lapshin for violating articles 281.2 and 318.2 of the Azerbaijani criminal code that regulate crimes of public calls against the state and unauthorized border crossings. Lapshin was detained in Belarus on 14 January 2016, one day after he entered this country, and a legal process was initiated for his extradition to Azerbaijan. The possibility of Lapshin’s extradition and its eventual actualization caused serious concerns among the Armenian officials.

What prevails in the statements of the Armenian officials on Lapshin case is the extensive emphasis on human rights, and freedom of speech and media. In these statements, Lapshin is portrayed as a reputable journalist and the ban on his entry to Azerbaijan, and his detention and extradition is presented as an Azerbaijani attempt to suppress free speech and media to conceal the realities in Karabakh and Azerbaijan. In addition, the Armenian side presents Lapshin’s extradition as a “dirty political deal” between Azerbaijan and Belarus. Whereas some of these statements assert that both Belarus and Azerbaijan are authoritarian states, others protest Belarus for acting in contradiction to the alliance between Armenia and Belarus based on their memberships to CSTO and EaEU.

However, these statements refrain from emphasizing the legal aspects of the Lapshin case. Whereas human rights, freedom of speech and media, and the political relationships are overtly stressed, the illegality of Lapshin’s entry to Karabakh without Azerbaijan’s legal permission, and to Azerbaijan after the ban is hardly mentioned. The same holds true for the 2002 Chisinau Convention that regulates extradition among the contracting parties for criminal persecution. Azerbaijani officials, on the other hand, frame the case exclusively as a legal matter, and condemn its politicization.

Meanwhile, Israel and Russia, despite the insistent calls of Armenia, were only loosely involved in the case, and Russia rather reluctantly dissented to Lapshin’s extradition.

Statements of the Armenian and Azerbaijani officials reveal discursive strategies of the sides. In other words, Lapshin case discloses the ways in which Armenia and Azerbaijan frame the conflict and articulate their representation of the conflict in the international domain.

Armenia, being aware of its hegemonic strength, follows a discursive strategy mainly based on a humanitarian framework. Armenia utilizes the image of victimhood in different forms to gain the sympathy and support of the international community. Armenia’s portrayal of Lapshin as a reputable journalist and the allegations of possible maltreatment and even torture of Lapshin in the Armenian media are examples of attempts to mold the issue in this line. The spokesperson of the de facto Armenian rule in Karabakh David Babayan’s claim that “there is no difference between sending Lapshin to Azerbaijan or sending thousands to gas chambers”[1] strikingly demonstrates the extent of this strategy.  Nevertheless, utilization of the image of victimhood helps Armenia to portray itself as the defender of human rights and other liberal values. Obviously, Azerbaijan’s bleak human rights and media freedom record help Armenia to pursue this discursive strategy.

Secondly, the main reason for Armenian concerns about Lapshin case seems to stem from the awareness of the fact that Lapshin’s extradition would seriously damage one of Armenia’s main strategies. As the efforts to resolve the Karabakh conflict face an impasse, Armenia saw an opportunity in this situation and began pursuing a strategy of accomplishing fait accompli in Karabakh. Within this strategy, Armenia took steps to foster the perception of the existence of a legal and independent Armenian state in Karabakh by “normalizing” and legitimizing the de facto Armenian rule on this territory. In this line, Armenia initiated the policy of encouraging unauthorized visits to Karabakh by third-party nationals. In that, tourism, in particular, had become a new battleground. Azerbaijan, on the other hand, reacted to this strategy by banning the entry of those who visited Karabakh without its legal permission to Azerbaijan. By September 2016, 529 individuals, including Lapshin, had been subjected to travel ban to Azerbaijan.[2]

Armenia clearly understands that Lapshin’s extradition would discourage unauthorized visits of third-country nationals with negative ramifications for its attempts to “normalize” and legitimize the de facto Armenian rule in Karabakh. Armenian officials’ repeated claims that Lapshin’s extradition would not stop third-party nationals from visiting Karabakh without Azerbaijan’s permission indicate the extent of their worries on this issue.

Thirdly, Lapshin’s extradition to Azerbaijan means the confirmation of Azerbaijan’s sovereignty over Karabakh and the Armenian occupation. As is known, Armenia and Azerbaijan build up their legal arguments on two fundamental, yet conflicting principles of international law. Whereas the Armenian side stresses the “right to self-determination” in defense of the rightfulness and legality of the de facto Armenian rule in Karabakh, Azerbaijan underscores the “principle of territorial integrity”, and depicts the de facto Armenian rule in Karabakh as a military occupation of some parts of its country. Lapshin’s extradition to Azerbaijan which corresponds to the acknowledgement that Lapshin violated Azerbaijan’s law on unauthorized border crossing and committed a crime in the Azerbaijani territory, testifies to Azerbaijan’s sovereignty on Karabakh. As such, Lapshin case is yet another confirmation of Azerbaijan’s argument of “territorial integrity” and the Armenian occupation in Karabakh, in addition to the UN Security Council resolutions no. 822, 853, 874 and 884, UN General Assembly Resolution 62/243, PACE Resolution 1416, and the European Human Right Court verdict on the Case of Chiragov and Others v. Armenia (App. no. 13216/05) among other examples.

The Lapshin case being, first and foremost, another confirmation of Azerbaijan’s sovereignty on Karabakh and the Armenian military occupation of a part of its territory, demonstrates that Armenia is on the losing side with regards to the legal strengths of the claims of Armenia and Azerbaijan. Moreover, the extradition of Lapshin by the CSTO and EaEU member Belarus despite the protests of its “ally” Armenia, as well as Israil’s and Russia’s rather low-profile engagement in the case in spite of Armenia’s repeated calls, reveal political realities in the region. The fact is that Armenia did not get the support it requested from these countries despite its membership in the CSTO and EaEU and “strategic partnership” with Russia.

In this context, it seems that Armenia’s primary leverage is to portray the conflict as a humanitarian and a moral one by capitalizing on Azerbaijan’s bleak human rights record. Therefore, it can be expected that Armenia would continue to belittle the legal aspects of the conflict and to represent the conflict to the international public as a human rights issue. In fact, we can anticipate witnessing the clash of Armenia’s humanitarian and Azerbaijan’s legal discourses in the international arena. It remains to be seen to what extent this will help Armenia to pursue “normalization” and legitimization of the de facto Armenian rule in Karabakh.