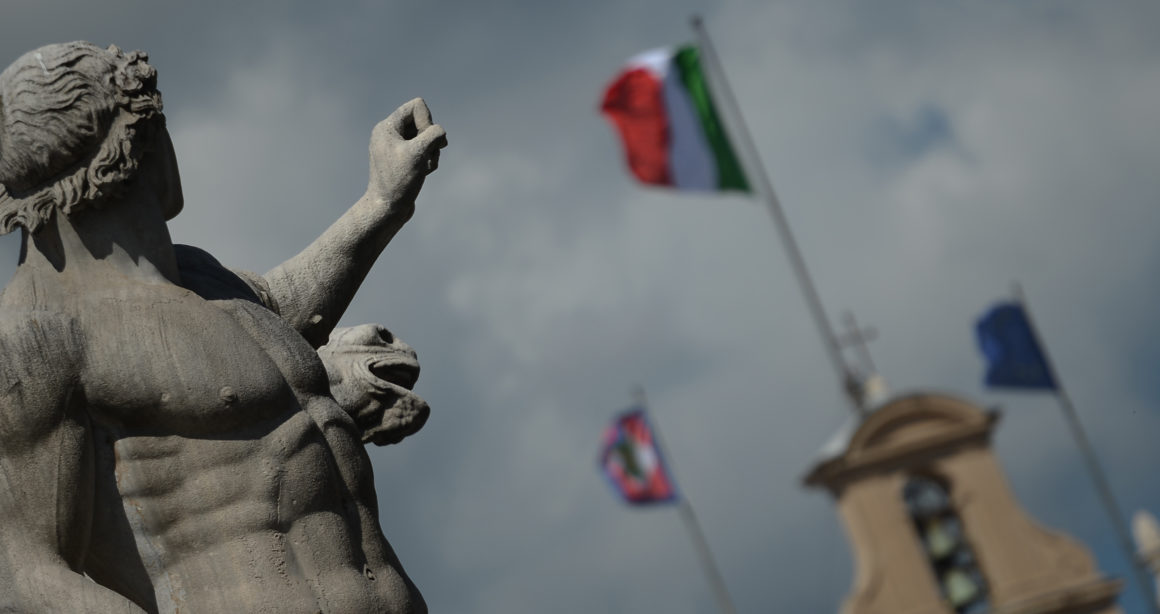 Italy has recently joined China’s global project of  the Belt and Road Initiative (BRI), commonly known as the New Silk Road. BRI “involves a wave of Chinese funding for major infrastructure projects around the world, in a bid to speed Chinese goods to markets further afield. Critics see it as also representing a bold bid for geo-political and strategic influence.”[1]

It is reported in this respect that “on behalf of Italy, Deputy Prime Minister Luigi Di Maio, leader of the populist Five Star Movement, signed the umbrella deal (memorandum of intent) making Italy formally part of the BRI” and also “signed deals over energy, finance, and agricultural produce, followed by the heads of big Italian gas and energy, and engineering firms - which will be offered entry into the Chinese market.”[2]

As background on the signing of this deal, influential Western press agencies provided the information that Deputy Prime Minister Luigi Di Maio “spearheaded the pro-Beijing policy, setting up a China Task Force within the industry ministry” that was led by junior Industry Minister Michele Geraci who lived in China for 10 years before entering government in 2018. It is also mentioned that Di Maio himself “visited China twice in eight months and effectively sidelined the foreign ministry on one of the most sensitive diplomatic issues of the day.”[3]

It is known that 13 EU countries have signed up to China's BRI. However, it is claimed that “Washington and Brussels are deeply concerned that the involvement of G7 heavyweight Rome could lend greater credibility to a project that they view as a strategic threat.”[4]

In that vein, The New York Times reflected the signing of the deal with the title; “Defying Allies, Italy Signs On to New Silk Road with China” and reported that “Italy resisted the entreaties and warnings of its European Union and American allies… opponents of the project in the Trump administration and in the European Union worry that Italy has turned itself into a Trojan Horse, allowing China’s economic — and potentially military and political — expansion to reach into the heart of Europe.”[5]

At this point, it will be useful to examine the reasons why Italy turned a deaf ear particularly to the protests of the EU on such a deal with China. Was this move taken only out of economic considerations?

As we have dealt with in our previous analysis, French President Emmanuel Macron and German Federal Chancellor Angela Merkel signed in January 2019 a new “Treaty on Franco-German Cooperation and Integration” in Aachen 56 years after German Chancellor Konrad Adenauer and French President Charles de Gaulle signed the Élysée Treaty in 1963 in the same city.[6] During the signing ceremony of this treaty, Merkel referred to the formation of a joint Franco-German European Army and Macron referred several times to the “responsibility” of France and Germany to lead Europe. Merkel described the city of Aachen as “the principle residence of Charlemagne, the one whom we call the Father of Europe.”

As it was explained in our abovementioned analysis, “per the view of Franco-German axis, Charlemagne was the first recognized emperor to rule from Western Europe since the fall of the Western Roman Empire and is regarded as the father of Europe by the proponents of this view.” Advocates of a tight Franco-German alliance occasionally still refer to the Carolingian Empire of Charlemagne that covered much of contemporary France and Germany.  In this respect, the advocates of Franco-German alliance consider France and Germany as the “core Europe” or “Carolingian Europe.”

France and Germany while claiming to shoulder the responsibility of Europe, are openly setting aside the other EU states and openly declaring their privileged “core status” in the EU and in Europe.

Italy is one of the prominent founding members of the EU. It is among the leading economies of the Union. Its capital Rome was the capital city of immensely influential Roman Empire. It is in this context that a question comes into the minds: Is it possible for Italy to accept being treated as a second class member in the EU?

Reactions of Italy to the Franco-German axis

In February of this year, we have witnessed unprecedented developments in Franco-Italian relations. France recalled its ambassador in Rome “after what Paris described as ‘repeated, baseless attacks’ from the ruling Italian parties.”[7] This extraordinary EU internal turmoil was reported by the EU press as “the spat between the two European powers — the worst since World War II, according to France’s foreign ministry — is about more than just a diplomatic tit-for-tat. It’s the start of a new way of doing politics in Europe.”[8]

Just before these developments, in January, “Italy’s far-right Interior Minister Matteo Salvini said… populists from Italy and Poland should spark a ‘European spring’ to replace the center-right influence of Germany and France, ahead of May’s European elections”. He also stated that “The Franco-German axis may be replaced by an Italian-Polish axis.”[9]

The discontent of Italian politicians with the Franco-German axis is not limited only with the far-right or “populist” called politicians. Back in 2015, the then Italian Prime Minister Matteo Renzi stated during the Socialist summit that “France and Germany are important Member States but it is not correct they decide on important European issues and all the other Member States are just staying aside.”[10]

Italy’s participation in the China’s BRI has been generally evaluated in the international media in terms of its economic implications. Undoubtedly, the entry of Italian gas and energy, and engineering firms into the Chinese market and access of the Chinese companies to the port of Trieste that will enable them to establish links to Central and Eastern Europe bear importance. However, the political aspect and especially Italy’s general attitude pertaining to EU is as important as the economic aspect of this deal. The political aspect also gives clues about the causes of Italy’s discontent with the dominant powers of the Union.

It should be mentioned in this context that European Commission made a press release in March 2019 regarding the relations with China. While drawing attention to “the China's growing economic power and political influence”, the Commission proposed certain actions.[11] Italy’s deal with China interestingly coincided with the Commission’s warning on the need to review the relations with China. Additionally, at the European Council Meeting of March 2019, the Council “prepared the EU-China summit to be held on 9 April 2019… exchanged views on overall relations with China in the global context.”[12] We see that Italy has entered into a comprehensive cooperation with China without waiting for the possible EU joint action on the issue.

All these signs indicate that Italy, the founding and one of the powerful members of the EU is not content with the kind of “hegemonic axis” emerging in the EU. The upcoming Brexit seems to increase the uncertainty and push even the founding members of the EU to pursue new initiatives. At this point, we can say in a more comfortable way that the Franco-German axis brings more division than unison to the EU and Europe. It is becoming increasingly difficult to predict where this trend will take Europe.