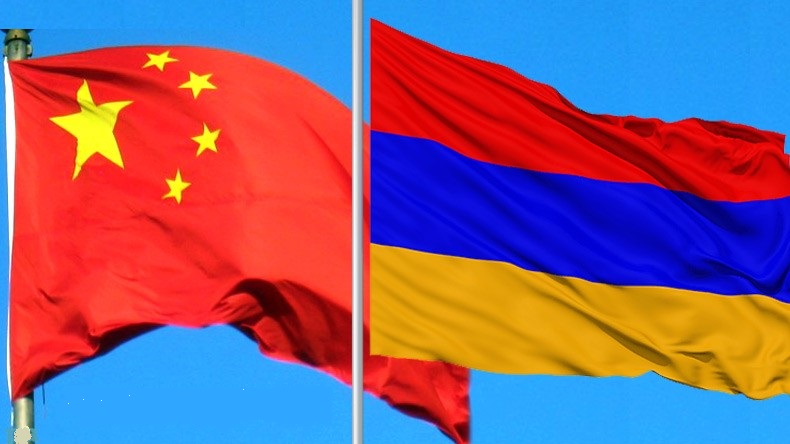 The Armenian Defense Minister Vigen Sargsyan’s visit to China on September 4 constituted an important movement in the relationship between China and Armenia. It was furthermore an important indication of a shift in Armenian foreign policy. This was only one of the latest steps taken in the long line of a historical deepening of the relationships between the two sides who had neglected each other in the post-Cold War climate.

Both Sargsyan and Chinese Defense Minister Chang Wanquan agreed that Chinese-Armenian cooperation had to be further deepened.  This deepening, according to both sides, has to continue on several fronts. One of the areas of interest for both sides is defense. This was underpinned by the signs pointing to the possibility of the intensification of defense relations, namely the signing of a military aid agreement between the two countries. The two ministers signed an agreement which will allow China to immediately send Armenia 10 million yuans ($1.5 million) in fresh Chinese military aid.[1]

Earlier in the same day, Sargsyan visited the Beijing headquarters of the China Poly Group. Poly Group is a state-owned business conglomerate. Among other things, it also operates in the field of defense and produces sophisticated weaponry. The spokesperson for the Armenian defense ministry and the spokesperson for the Poly Group stated that both sides are ready to “continue active discussions on prospects for mutually beneficial bilateral defense cooperation.”[2]

A Chinese military official, Rear Admiral Guan Youfei, had already visited Yerevan in April 2017. While there he had engaged in talks with Sargsyan and his counterparts like the chief of the Armenian Army Staff, Lieutenant General Movses Hakobian, and Deputy Defense Minister Davit Pakhchanian. The important point to note here is that this three day meeting on defense matters has eventually led to the meeting in September 2017 in Beijing.[3]

It should be noted that the April 2017 meeting in Yerevan between the two countries was conducted after President Serzh Sargsyan’s state visit to the People’s Republic of China (PRC) in March 2015. Among other issues he and PRC President Xi Jinping discussed issues of defense cooperation between the two countries. This eventually allowed the holding of the two conferences in Yerevan and Beijing in 2017.[4]

It is interesting to note that each of these meetings led to some progress in relations between the two countries. Whether these progresses are large or small is arguable. However, on the whole they have resulted in both countries developing stronger relations.

In the last couple of years defense is not the only field in which Armenia and China have begun to develop their relationship. Education is another field. Since 2012, as a consequence of the Belt and Road Initiative the number of individuals in China who seek to learn the Armenian language has increased significantly. Furthermore the number of Chinese students who traveled and began to study in Armenia has also increased. The main reason for this increase is the soaring demand of Chinese companies for Chinese individuals with knowledge of local customs and language to facilitate potential investments.[5]

Furthermore in the field of culture China has also been very active in the Caucasus region, particularly in Armenia. For this we should look at the Chinese-funded Confucius Institute. The Confucius Institutes in Yerevan was established in 2009, Tbilisi in 2010, and Baku in 2011. The institutes have helped both Armenians and Chinese students in both their native and host country by offering scholarships as stated above. Furthermore the Chinese government, unlike in other Caucasus countries, is also funding the construction of a Chinese language high school in Armenia’s capital.[6]

Furthermore these two countries since the 2000s, did not leave the deepening of their diplomatic relations to the fields of defense and education and routine diplomacy alone. China and Armenia also began to expand their relationship in the field of economics. In fact they began to expand their economic relationship so much that in the first half of 2017 their trade volume had reached 243 million US dollars. This corresponds to a 35 percent rise compared to 2016. In August 2017, in order further increase the economic relationship between the two countries an Armenian economic committee traveled to China. These 40 representatives from the state and the private sector who participated in the meetings discussed issues from the formation of joint free economic zones to the construction of the North-South Road Corridor and Armenia-Iran railway.[8]

The last couple of years has witnessed China emerge as one of the top partners for Armenia. There has been an enthusiasm on both sides. The enthusiasm on the Chinese side could be attributed to the Silk Road Initiative. In other words this can also be called the Silk and Road Effect. This can also be seen in other countries such in Georgia and Azerbaijan. Yet the difference is that in the last couple of years Armenia has taken the lead among the Caucuses countries. Among the three countries it seems to be the country with the most desire to improve its relations with China in all fronts.  This might be attributed to the fact that Armenia, due to its negative , crisis prone, historical behavior against Turkey and Azerbaijan in the region, is already at a disadvantage because it has been isolated diplomatically in the past. Thus its sudden desire to show itself as a desirable regional partner might be to mitigate this negative image in the eyes of countries such as China. The second point is that Armenia might be trying to decrease its dependence on Russia by bringing China as a partner to the region.

Despite all the above mentioned arguments and the way in which developments are unfolding in the Caucasus in the last couple of years, it is still unclear if they will have any lasting effects in the region. It is an undisputed fact that China is an important state in world affairs. It is also clear that it has a long term interest in the Caucasus region, especially Armenia. Yet it should also be noted that it is entering a region where there are countries such as Turkey, Russia and Iran which also carry their own geopolitical weight.  China’s and Armenia’s fast pace developing relations needs to be closely observed and analyzed in relation to other regional actors reactions to the developing relationship between the two countries and what strategic goals shape those relations.

[7] “Armenia, China Did Everything for Development of Relations: New Embassy of China to Be Built in Armenia,” ArmenPress, August 9, 2017, https://armenpress.am/eng/news/901280/armenia-china-did-everything-for-development-of-relations-new-embassy-of-china-to-be-built-in-armenia.html.