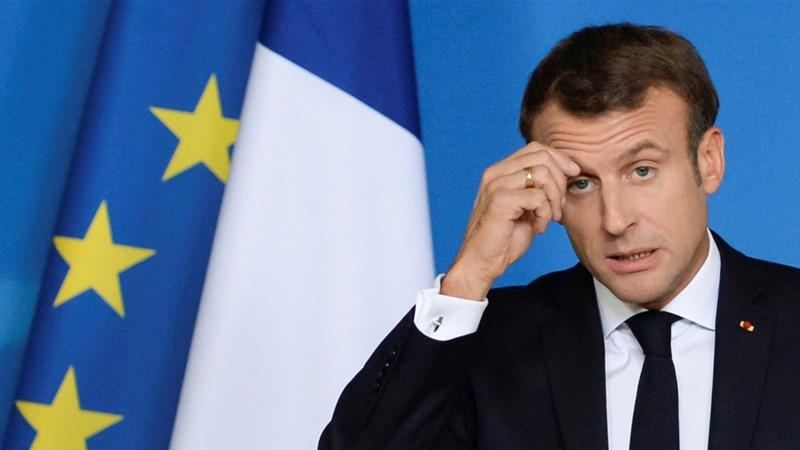 In many of our previous articles, we had drawn attention to the historic and geographic integrity of the Balkans. When one refers to the Balkans, it has historically conjured a region encompassing Turkey, Bulgaria, Romania, Greece, the successor states of former Yugoslavia (Bosnia-Herzegovina, Croatia, Kosovo, North Macedonia, Montenegro, Serbia, and Slovenia), and Albania. Despite this historic definition of the region, in the context of European Union (EU) expansion, the term “Western Balkans” has been fabricated since early 1990s. According to the EU; Croatia, Slovenia, Bulgaria, Romania, and Greece, since they are members of the EU, are not part of the Balkans anymore. On the other hand, Bosnia-Herzegovina, Serbia, Montenegro, Kosovo, Albania, and Macedonia comprise the so-called "Western Balkans" sub-region. Turkey, by its lonesome self, makes up the other, unmentioned part of the Balkans which supposedly forms the "Eastern Balkans”[1]. It should be reiterated on this occasion that this fabricated terminology of “Western Balkans”, in a harmful and imperceptible fashion, excludes Turkey from the Balkans, hence from Europe. In this respect, we continue to believe that this terminology is biased against Turkey.

As it can be remembered, the EU Commission, after years of distraction, adopted in February 2018 a strategy under the title of “A credible enlargement perspective for an enhanced EU engagement with the Western Balkans.” The strategy considers the enlargement policy “as part and parcel of the larger strategy to strengthen the EU by 2025. It also presented the enlargement package in the European Parliament in Strasbourg and declared the Commission’s recommendation that the EU Council opens accession negotiations with certain “Western Balkans” countries. Furthermore, it made specific recommendations concerning certain other countries of the said region.

After this encouraging EU Commission strategy; however, the President of France Emmanuel Macron's immediately refused EU enlargement in the "Western Balkans" until the EU is reformed. He put forth this refusal during his speech to the European Parliament on 17 April 2018. Interestingly Macron, at the same speech, stated that “I don’t want a Balkans that turns toward Turkey or Russia,” as if Turkey is an outsider to the Balkans and Europe. We had stated in this respect in May 2018 that “Macron owes an explanation to the Turkish public on why he does not want to see Balkan countries turn towards Turkey. Considering that European media outlets and EU officials have so far failed to explain why Turkey’s engagement with the other Balkan countries is harmful (Turkey’s engagement is in fact beneficial), Macron must explain why he has chosen to unfairly target Turkey in his speech”[2]. Not surprisingly this call fell on deaf ears.

It has been widely reported recently in the European media that French President Macron has this time blocked membership talks for North Macedonia and Albania during the European Council meeting in Brussels (17 and 18 October 2019) [3]. The media reported that most of the EU leaders expressed frustration over this outcome and that EU President Donald Tusk said he was "really ashamed" of the situation [4].

It appears that Macron continues to behave as if he is the major administrator of the EU. His latest veto in the EU is interpreted by certain influential European media outlets as the expression of “neo-Gaullist intransigence”. Macron has been rightfully accused of “destabilizing the Balkans”. The following excerpt published as the editorial in a leading European newspaper expresses these considerations and makes it clear who is in fact the main culprit of instability in the Balkans:

“Emmanuel Macron’s veto against the opening of EU accession negotiations with Albania and North Macedonia last week may be remembered as a historic mistake that weakens Europe and undermines its aspirations to become a geopolitical power. In an act of neo-Gaullist intransigence, the French president torpedoed EU enlargement policy, deprived the bloc of one of its fundamental foreign policy instruments, undermined trust in its promises and destabilized its Balkan backyard. Not bad for a night’s work. And all this from a leader who claims to exemplify the European spirit of solidarity and co-operation”[6].

All these developments tell us that those who arrogantly give advice to others must first give account for their own historical mistakes. Emmanuel Macron comes top of the list of those who should give account in this respect. It should be remembered all over the Balkans that Macron was the one who appealed to the citizens of North Macedonia to vote in favor of the Prespa Agreement which changed the country constitutional name from Macedonia to North Macedonia in return for Greek support for its EU and NATO membership. For this purpose, Macron had even sent a video massage to the people of North Macedonia [7]. According to The Guardian newspaper, North Macedonia’s Minister of Foreign Affairs Nikola Dimitrov “suggested the EU was being dishonest”. He stated through his official Twitter account that “the least that the European Union owes the region is to be straightforward with us. If there is no more consensus on the European future of the western Balkans, if the promise of Thessaloniki 2003 does not stand, the citizens deserve to know” [8]. In addition, the Prime Minister of Northern Macedonia, Zoran Zaev, in a recent interview with him, in response to a question of "how can you convince your people now that you still trust the Europeans?", compares this humorously with Don Quijote's fight.[9]

As for the deceptive ambiguity if not dishonesty of the EU in general and Emmanuel Macron in particular, no nation in the world can have more experience in this respect than Turkey. It seems that it will take considerable time of the other to learn this unpleasant fact through bitter experiences.