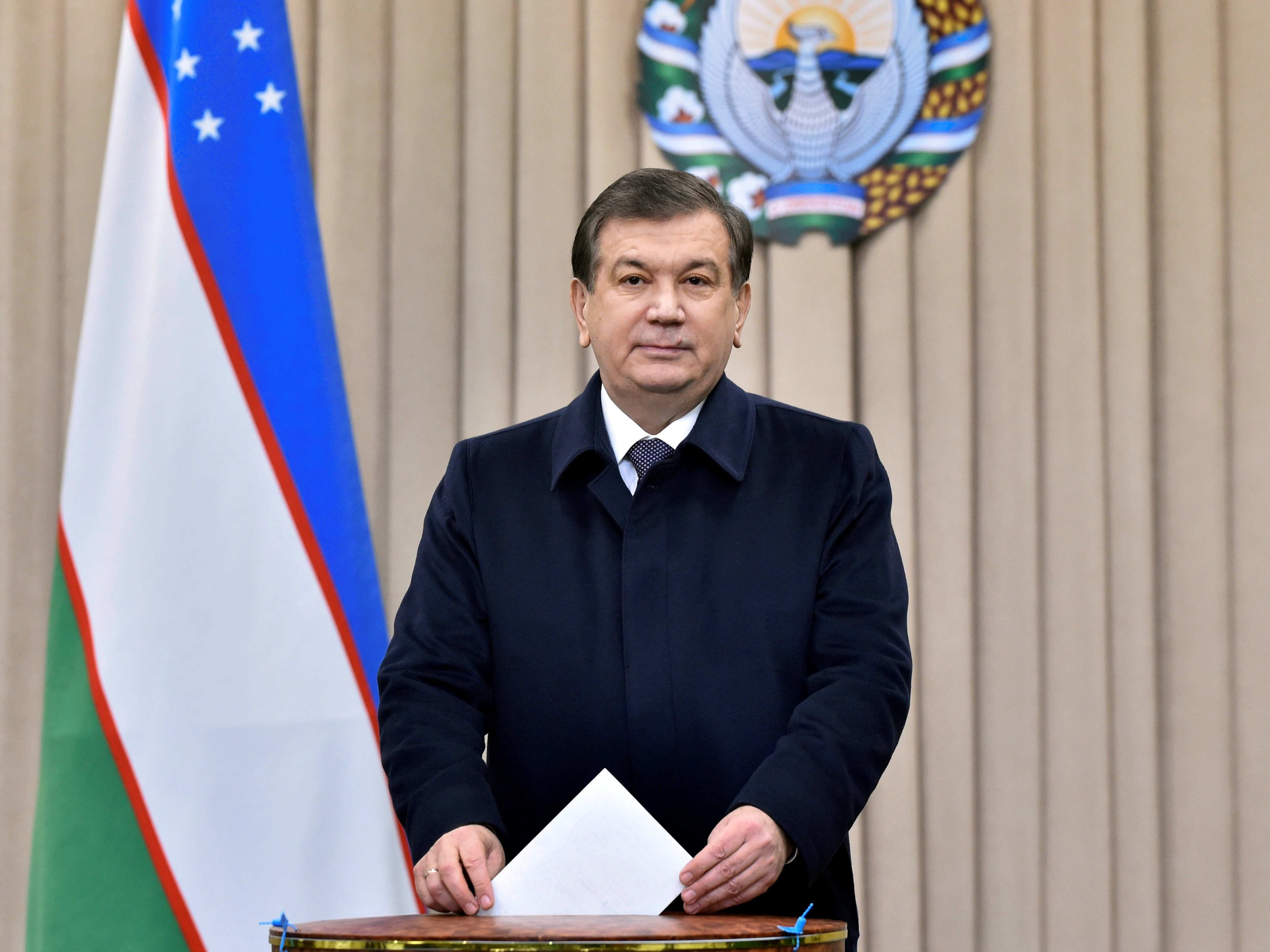 On 11th of August a conference organized by the Foreign Ministry of Uzbekistan titled “Central Asia - A Major Priority Of Uzbekistan's Foreign Policy” took place in Tashkent, Uzbekistan with the participation of representatives of the Organization for Security and Cooperation in Europe (OSCE), Informational and Analytical Center for International Relations, the UNDP Representative Office and the Office of the OSCE Project Coordinator. In his opening remarks Abdulaziz Kamilov, Minister of Foreign Affairs of Uzbekistan, focused on the Uzbekistan’s interest in “transforming the Central Asian region into an area of stability, sustainable development and good-neighborliness” to underline Uzbekistan’s approach towards Central Asia under the Presidency of Shavkat Mirziyoyev.[1] As touched upon by Kamilov in his speech, in the upcoming terms the main focus areas of Uzbekistan are expected to be transport, communication and energy projects which “cannot be implemented without enhanced interactions and interconnectivity in the region”[2]. Also, besides domestic developments, regional developments have an impact on Uzbekistan’s changing foreign and regional policy attitudes; China-led One Belt One Road initiative accelerated the implementation of regional connectivity projects, in which Uzbekistan holds a unique role.

A draft Presidential Decree titled "Uzbekistan’s Strategy for Further Development" was published covering the Uzbekistan’s main foreign policy priorities for 2017-2021. The main points are as follows: “Improving of state and social construction, Ensuring the rule of law and reforming the judicial system, Development and liberalization of the economy, Development of the social sphere, Ensuring security, inter-ethnic harmony and religious tolerance, implementation of balanced, mutually beneficial and constructive foreign policy.”[3] The points raised in the Decree give idea about Uzbekistan’s future priority areas and Uzbekistan’s ambitious to become a more active regional actor.

So far it is possible to say that Uzbekistan’s policies are in line with Kamliov’s speech. Since Mirziyoyev took over Presidency office following the death of former President Karimov, Uzbekistan has been following remarkable changes in foreign policy. The major problems in the region that are in relation of Uzbekistan’s regional policies are unresolved border demarcation issues, disputes over water management and water resources especially on the world’s highest dam project Rogun and Kambar-Ata 1, lack of transportation corridor that connects the region with outside world and among each other, and cooperation on economic issues to encourage regional trade. Such problems have escalated tensions on the bordering regions following the dissolution of the Soviet Union and collapse of Soviet-centered management in Central Asia.

Regional and global developments are encouraging countries in Central Asia to evaluate the new opportunities and risks. In that sense for the last 10 months, important steps have been taken by Uzbek leader and authorities to solve abovementioned problems. Uzbekistan’s new government seems to be aware of the potential of the region and therefore new President is willing to take accurate steps to promote regional integration, as this intention was clearly declared on the web page of Uzbekistan’s Foreign Ministry: “Any major regional projects in the spheres of transport, communication and energy cannot be realized without active interaction with the countries of the region, without ensuring a high level of their integration”.[4]

In the past 25 years, Uzbekistan was reluctant to join regional organizations. Uzbekistan was the last country to join Shanghai Cooperation Organization, withdrew from Collective Security Treaty Organization and kept herself distant from Russia-led Eurasian Economic Union. Uzbekistan adopted rather introvert policies due to many regional and domestic reasons.

However, the situation is expected to be different in the short-term future. Uzdaily reports that since December 2016, when Mirziyoyev was elected as the new President, 11 meetings and 15 telephone conversations among Mirziyoyev and the leaders of the Central Asian countries were conducted. Moreover, 2 state and 2 working visits to the Central Asian countries were held.[5]

It is important to keep in mind the fact that since he came into duty, President Mirziyoyev paid his first abroad to Turkmenistan in March 2017, not to Russia or China, or Western countries. The outcome of the meeting was fruitful as both leaders decided to focus on cooperation particularly in the fields of energy and transportation.[6]

The ground to improve ties between Kazakhstan and Uzbekistan was set back in December 2016. Signaling the plans for further steps to strengthen ties between two countries, Erlan Idrissov, Minister of Foreign Affairs of Kazakhstan paid a visit to Uzbekistan and met President Mirziyoyev and Abdulaziz Kamilov, Minister of Foreign Affairs of Uzbekistan, to discuss about bilateral relations.[9]

In addition to economic and political aspects of the relations between two countries, military cooperation is also on the table. On 18th of August Defense Minister of Kazakhstan Saken Zhasuzakov visited President Mirziyoyev during his visit to Tashkent. Minister Zhasuzakoy is expected to visit his counterpart in order to sign bilateral agreements to boost ties in the field of military.[10]

Despite a problematic history, ties between Tajikistan and Uzbekistan are also developing. For instance in April 2017, Uzbekistan Airways launched direct flights to Tajikistan. It operates once in a week and return ticket costs approximately USD 300, which is a quite high amount considering the income level of the citizens of both countries.[11]

Rogun Dam, however, still remains as a complex issue between Uzbekistan and Tajikistan. Uzbekistan relies on cotton production as one of the important income resources despite Uzbekistan’s efforts to invest in production of wheat, which requires less water. Therefore, construction of the Rogun Dam is believed to have a negative impact over agricultural sector since it will limit the available amount of water resources.

Additionally, on 14th of August The Interior Ministries of Tajikistan and Uzbekistan came together to strengthen cooperation on the fight against crimes which is a fragile issue in the region. Both parties also discussed “Exchange of experiences, information and strengthening ties” at the meeting.[13]

Among all Central Asian countries, relations between Kyrgyzstan and Uzbekistan can be considered as the most complex one because of the ethnic tensions between two countries, border demarcation issues and enclaves that sometimes causes armed conflicts around the bordering regions, and disputes over water resources. The length of Uzbek-Kyrgyz border is 1378.44 km and according to the news “almost 50 sections of the borderline, totaling at about 300 kilometers haven’t been delimitated yet”.[14] Yet, there is a progress on the border delamination. For instance, recently Uzbek and Kyrgyz intergovernmental commission for delimitation and demarcation of the state border working group officials came together in Namangan, Uzbekistan and discussed the disputed areas between the dates 5-13 August 2017. At the end of the meeting a Protocol was signed.[15] Abdulla Aripov, Prime Minister of Uzbekistan, is expected to pay a working visit to Kyrgyzstan together with a delegation in order to discuss bilateral ties and delimitation and demarcation of the Uzbek-Kyrgyz state border.[16] Considering the recent transportation and infrastructure projects aiming to connect countries in the region, border issues remain as a problem to be solved with utmost importance.

Trade turnover between Uzbekistan and Kyrgyzstan is also increasing. According to the news, trade turnover increased 1.5 times in the first quarter of 2017, comparing to the same time period in 2016[17] and it has reached to USD 100.8 million in January-May 2017.[18] But it might get even better in the future following the Kyrgyz-Uzbek business forum which will be held in Tashkent in September 2017 as the Forum aims to bring together business sectors operating in different fields in both countries.

The relations are improving in the last couple of months with high level visits. In November 2016, President of Turkey R.T. Erdoğan paid a visit to Uzbekistan discussing about possible areas of cooperation.[19]

In April 2017, Minister of F. A. of Turkey Çavuşoğlu met President Mirziyoyev during his visit in Uzbekistan. Both parties discussed about the economic cooperation between two countries. Minister Çavuşoğlu also met his counterpart Minister of F.A. Abdulaziz Kamilov where Ministers talked about the “state and prospects for the development of bilateral relations in the political, trade-economic, investment, military-technical, cultural-humanitarian and other spheres.”[20] Trade volume between two countries is expected to increase in the upcoming years as officials from both sides are keen to improve economic ties.

Military cooperation is also among the agenda items of the officials of both countries. In july 2017, President Mirziyoyev and National Defense Minister of Turkey Nurettin Canikli met in Uzbekistan upon the visit of the Turkish Minister. Both parties covered technical cooperation as well as possibility of joint programs in the field of military education.[21] Tengible outcome of the visit was the signing of documents which enabled training of Uzbek military officials in Turkey starting from 2018.[22]

Turkey and Uzbekistan engages within regional formations as well, namely Economic Cooperation Organization (ECO) and Organization for Islamic Cooperation. Turkey supported membership of newly independent Central Asian countries and Azerbaijan after the dissolution of the Soviet Union, creating a platform to enhance regional cooperation particularly in the fields of energy and transportation. Even though ECO has not been able to actualize its full potential, it is still functioning with the contributions and wills of member countries. ECO has been aiming to create a regional approach on connectivity issues even before China-led initiatives, therefore, has been offering alternative options to member countries which will help them to diversify and benefit from complementary opportunities.

As a known fact Central Asia is the least integrated region. Uzbekistan, as the only Central Asian country that has direct borders with other 4 Central Asian countries and Afghanistan, has a great potential with her geographic location, rich resources and a population exceeding 30 million, to encourage regional connectivity projects and integration. Therefore, a new regional approach that focuses on regional cooperation will have benefits for Central Asia and neighboring countries.

Uzbekistan’s active policies are not new. Silk Road was the heart of the trade and cultural activities for centuries before it lost its charm and today, as the economic gravity of the global system is shifting from West to East, regions along the transportation corridors and with rich energy resources are again on the focus. Particularly China is very active in Central Asia since 2013, with the launch of One Belt One Road (OBOR) Initiative, by filling the economic gap left with the collapse of the Soviet Union and recent economic problems Russia has been through due to sanctions implemented by the European Union. In 2016 China became Uzbekistan’s top trade partner and China is heavily investing in transportation and energy infrastructures in Uzbekistan; and throughout the region.[23] However, lack of connectivity among Central Asian countries has been a challenge for a greater regional integration. Although Uzbekistan is double land locked, it is located in the middle of Central Asia and shares borders with Afghanistan, which is an important destination for China. Considering the fact that Central Asia is on the route of China’s westward corridors, Uzbekistan’s changing foreign policy trends will be beneficial mostly for the China. Timing of the election of the new president in Uzbekistan coincides with China’s regional projects. Therefore, evaluation of Uzbekistan’s efforts should not exclude the impact and the potential of the OBOR initiative in the region. OBOR has been offering a set of challenges as well as opportunities for the countries in Central Asia, which can be neither neglected nor missed.