EP TURKEY RAPPORTEUR PIRI CONFIRMS WHAT HAD ALWAYS BEEN SUSPECTED: “EVEN IF TURKEY WERE A PERFECT DEMOCRACY, MERKEL AND […] SARKOZY WOULD NOT WANT TURKEY IN THE EU”
Analysis No : 2019 / 9
Author : Teoman Ertuğrul TULUN
04.04.2019
6 min read 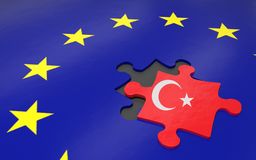 In two recently published Center For Eurasian Studies (AVİM) analyses, we first dealt with the certain aspects of the European Parliament (EP) resolution of 13 March 2019 on Turkey with special emphasis on the 1915 events, and second addressed comments made by EP’s Turkey rapporteur Kati Piri on the EU membership of Greek Cypriot Administration of South Cyprus.[1]

As it was mentioned in our second analysis, an interview with Kate Piri, who has served as EP’s Turkey rapporteur since 2014, was published recently in the Brussels based Platform for Peace and Justice (PPJ) website.[2] In this interview, there are certain meaningful questions posed to Piri and her answers need further elaboration.

The first question that should be mentioned concerns the religious identity of Turkey. When the interviewer put forth the question; “What do you think about that idea some people have that the EU does not want Turkey because it is a Muslim country?”, Kati Piri answers the following way:

“It has always been the Christian-Democratic political family with that opinion. Do they rule the whole EU? No. Do they have a big influence on the EU? Yes. But, for sure, that is not why the EP is calling for the formal suspension of the accession talks.”[3]

This answer gives us the clues of the obsessive religious mindset of Christian Democrats in the EP. This group of Christian Democrats is formally called the “Group of the European People's Party”.[4] Their Chairperson is Manfred Weber from The Christian Social Union in Bavaria (CSU-Christlich-Soziale Union in Bayern). The mindset of certain prominent members of this group, like Weber, represents the fundamentalist Christian beliefs that shapes their antagonistic political stance against a Muslim-majority country such as Turkey. This mindset is analogous with the term of “Islamism”created in Western public and academic contexts. If there are “Islamists” in the “Islamism”, the fundamentalist type of Christian Democrats represents the “Christianists” in the “Christianism”. As late William Safire wrote in one of his articles, “Obviously there is a difference in meaning between the adjectives Christian and Christianist.”[5] These “Christianists” are referred to by some as the “hard-right Christianist crusaders”.

International press reports the views of Manfred Weber as follows: “Turkey cannot become a member of the European Union, said Manfred Weber, the European Peoples Party’s (EPP) lead candidate for the upcoming European elections, adding that he would end accession talks if he becomes European Commission president.”[6] His reasoning for this statement is in fact mentioned in Kati Piri’s statement: “Turkey is a Muslim country”. This mentality, in my opinion, is clearly nothing more than a contemporary crusader mentality.

A very striking  point that should be mentioned in this interview is Piri’s words on CDU leaderAngela Merkel’s attitude regarding Turkey. Piri makes the following remarks in this respect:

“The other mistake is the fact that the EU has always been dishonest about the accession process. I was recently at a conference and a Turkish participant said, ‘Well, after this EU parliament voting, thank God we still have Merkel’. And I started to laugh, I just thought, ‘Are you serious?’. Merkel is the figure who, from 2005, probably never believed in the accession process of Turkey. This is hypocrisy. Even if Turkey were a perfect democracy, Merkel and, for instance, Sarkozy would not want Turkey in the EU. That is the difference with me. I do not think that Turkey does not belong in the EU. In my opinion, it is a European country….

My group, the Progressive Alliance of Socialists and Democrats, has always believed that Turkey is and should be a candidate country to become a member of the EU. Our position on that has not changed, but the developments inside Turkey have drastically deteriorated. So, it is obvious that there are people in the EU who do not want Turkey to be a member. I would say that even a larger part of the public is now of that opinion. But that is also because of what we have seen President Erdoğan doing in the last few years. These things influence each other.”[7]

Five years on the job as rapporteur on Turkey,  Piri’s above mentioned words concisely explain the biased approach of Angela Merkel as a Christian Democrat pertaining to Turkey. Although she has pronounced her views in a nuanced and rather discreet way in comparison to some discourteous EU politicians, it would have been unrealistic to expect more from Merkel. Most probably, the Turkish participant mentioned by Piri intended to draw attention to this nuanced attitude of Merkel. In my view, EU politicians need to learn that the vast majority of the Turkish people do not like the boastful behavior coming from outside and that the harsh reactions coming from Turkey is the reaction any normal government would give and this reaction is supported by large segments of the Turkish people. In view of this, EU politicians should not make their assessments only on the basis of the certain groups who do not represent the views of the vast majority of Turkish people and who, with a self-loathing orientalist mindset, have a tendency to feed anti-Turkey EU politicians whatever they want hear about Turkey.

Turkey has a well-established experience of parliamentary democracy that traces its roots back to 1877. It is a country that carries out frequent elections with participation rates noticeably higher in comparison to EU countries. As the latest local elections have shown, it has not only legally but also morally a well-established democratic code of conduct. It is time for Turkey’s partners in EU to make a fair assessment of Turkish democracy. Turkish people deserve such a fair assessment.

[2] José Miguel Rocha, “Kati Piri: ‘Our Red Line on Turkey Has Been Crossed, and That Is How We Have Ended up with Our Position Today ,’” Platform Peace & Justice, March 12, 2019, sec. Brussels Talks, http://www.platformpj.org/kati-piri-our-red-line-on-turkey-has-been-crossed-and-that-is-how-we-have-ended-up-with-our-position-today/.

[7] Rocha, “Kati Piri: ‘Our Red Line on Turkey Has Been Crossed, and That Is How We Have Ended up with Our Position Today .’”