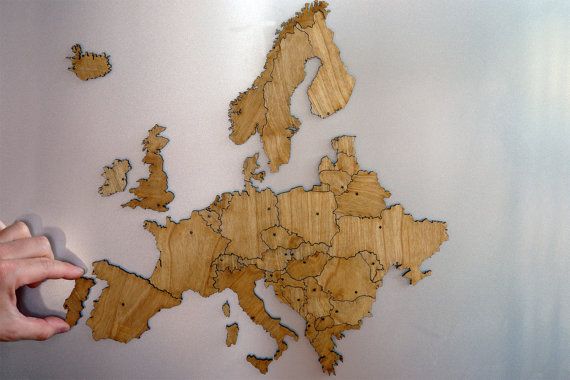 While the reasons for the rise of xenophobia and opposition against Muslims in Europe are being debated, Europe, in recent years, has drawn the appearance of continent in which groups that emerged with nationalist discourses and left-wing political parties are locked in a struggle for influence. In this struggle, over time, the center-left parties have begun to fall behind the rightwing parties. This trend has progressed to such an extent that, while Europe's center-left parties are struggling to survive, extremist rightwing parties are on the rise.

The candidates for the presidential election to be held in April 2017 in France have begun to appear on the political stage recently. In addition to the Presidential race in France, where the rightwing and far-right parties are showing a strong presence, a congress held on the decision of the right-wing parties to act jointly in Europe is widely believed to be a formation that can shake the political foundations the Europe.[1]

When we observe the table of voting rates for social democratic parties, only in 2016, the social democrats lost 12 of the 18 critical national elections.[2] When one takes into consideration voter surveys held already this year in France, Germany, Italy, and the Netherlands, the future does not look bright for the center-left in Europe.

There are many reasons why social democrats are losing votes and their popularity is on the decline. The dissolution of the traditional working class is one of these reasons. Frustrated by their decline and poor economic prospects, European workers are turning their backs on the workers' parties. In a large part of continental Europe, blue-collar voters either abstain from voting or are supporting populist rhetoric.

One of the reasons for vote losses of the center-left parties from the workers is that they have abandoned the rhetoric that they formerly used to address the workers. There is also a change in the direction of their ideological disposition. Britain's former Prime Minister and Labor Party Chairman Tony Blair and German Chancellor and Social Democratic Party President Gerhard Schröder had restructured their parties’ rhetoric with market-oriented economic reforms, privatization, and economic liberalization. This reorganization has led to the blue-collar part of the society to the rethink their political preferences. This reorganization also led the vote shift from the leftist parties to the right parties.

Loss of vote means cutbacks to the old-fashioned socio-economic affairs for the political parties. Sergei Stanishev, the head of the European Socialist Party (the second largest political party of the European Parliament) and the leader of the former Socialist Party of Bulgaria, explained in a paper written in Politico how the world has begun to change. According to Stanishev, the election of US President Donald Trump, the Brexit, financial crises, austerity policies, the inhuman conditions that faced by refugees, the rising extremist rightwing parties, and the difficult environment created by the threat of terrorism means a full survival struggle for socialist parties. At this point, Stanishev emphasized that social democratic parties should attach importance to social rights, solidarity, and equality to win this struggle as they used to in the past.[3] Stanishev stressed that European politics has been on the knife-edge for some time, and stated that Eurostat data reveals that one fourth of Europeans are at risk of poverty and social exclusion. According to Stanishev, this situation can only be improved by restructuring socialist and democratic parties.

Those who say that inequality and economic growth leads to ethnic nationalism in Europe are not few in number as well. According to Yale University Professor of Economics Professor Robert J. Shiller, the anxiety of increasing inequality, which  is expected to increase at an even faster pace in the future, is a reason for the rise of ethnic nationalism.[4] This argument is similar to Benjamin M. Friedman’s arguments from Harvard University. Friedman’s book, "Moral Consequences of Economic Growth", also draws attention to similar points. One of the examples is the ethnic, racial, and religious conflicts that emerged in Europe after the Great Depression of 1929, which is among the reasons that prepared ground for the outbreak of the Second World War. This example is used today to show that Europe is struggling with similar problems nowadays.

Europe should be open to comprehending the examples elsewhere in order to prevent the center-left votes from shifting to the rightwing parties. In this context, Foreign Affairs writer Michael Bröning uses the example of Israel. In Israeli politics, he observed similarities with the politics in Europe. In the Israeli case, the leftwing parties, which have lost power since 2001, have led party leaders to make miscalculations and be swayed by the desire to get back to power no matter the method. As a result, left-wing parties started to act like the opposing political parties. Their goal was to influence the opposing political parties’ voters and increase their voting potential. However, the result was the shift of the votes that left-wing parties had been receiving from their original voting base. The leftwing parties in Europe have also lost their socialist voters due to this behavior, because they have lost their credibility in the eyes of the socialists. This is regarded as a side effect of the opportunist party models in the discipline of political economy. This problem causes a gap to be created between the socialist party and the voters.

Along with economic problems, migration, terrorism, security and identity questions have become a problem in large parts of Europe. These problems are worrying for the voters in Europe. The shift of left-wing parties from "traditional center-left" idea and the pursuit of narrow campaigns have resulted in a failure. However, focusing on the problems of a wider group of people will open up international solidarity and cooperation in the long run. Today, the left-wing political parties’ discourse has become inconsistent with the anti-racist and pro-immigrant values they used to traditionally defend.

The candidates for the presidential election in France are aiming to win the votes by employing extreme right, center-right and socialist party. As a result of the surveys conducted in France, Benoit Hamon's promise to loosen the austerity measures, not to increase taxes, and to listen to the proposals of economists make it more convincing than his rivals.[5]

The weakening left-wing political parties and strengthening center-right and extreme right-wing parties in Europe leads to worrying developments in Europe. Not only Europeans, but also non-Europeans, Muslims, Turks, and Syrian refugees in Europe have started feeling threatened after the strengthening right-wing parties. In recent years, with the rise of nationalist discourse of political parties, the increasing violence against foreigners, the election of US President Donald Trump who uses an anti-foreigner and anti-immigrant discourse, and rising threat of terrorism has deep effects on the European public has come to mean that a new period full of struggle has started for the European peoples. In 2017, both presidential and parliamentary elections will be held in France, Germany, and other European countries. The situation awaiting Europe will become clearer with the results of these critical elections.