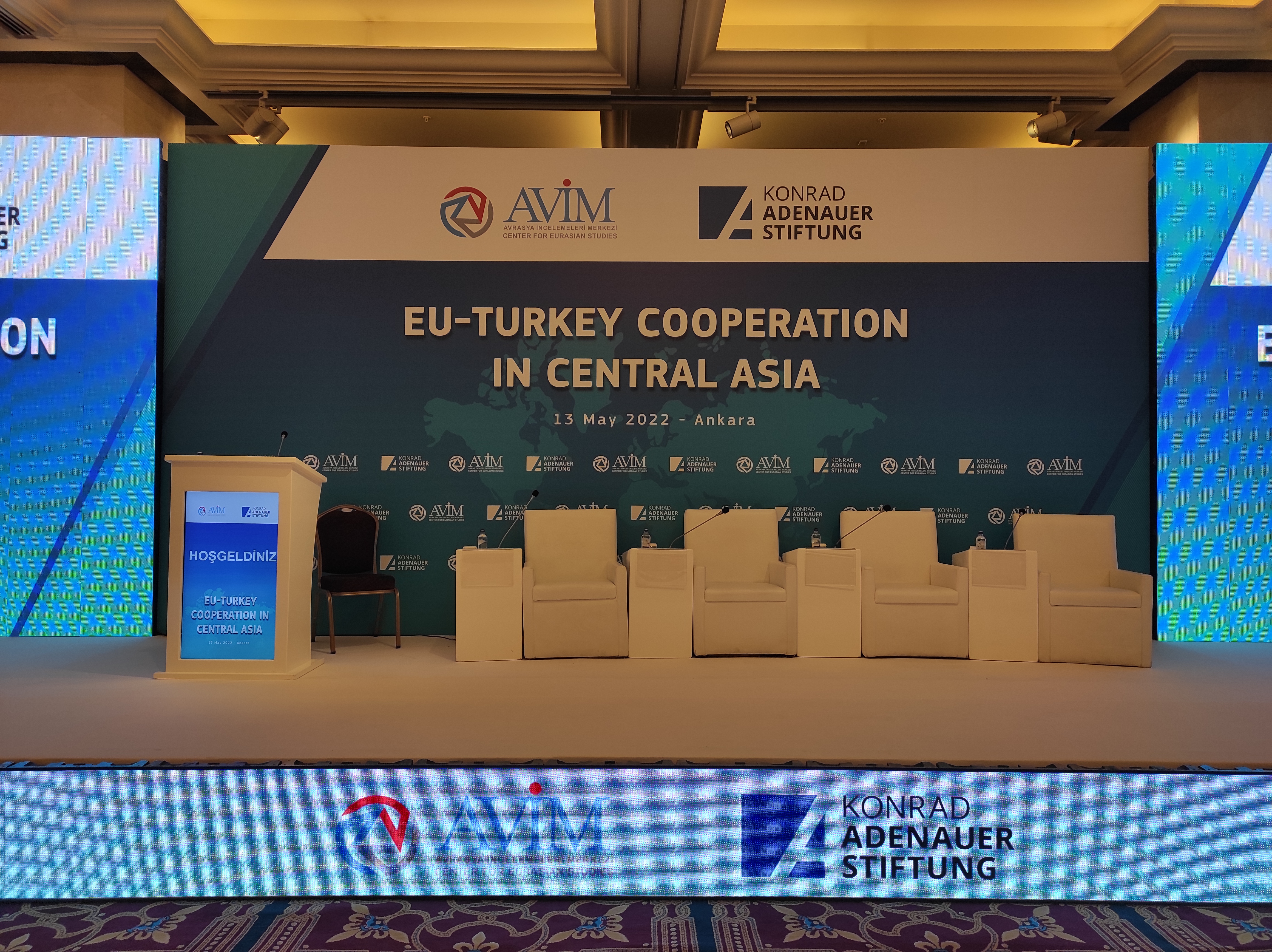 On 13 May 2022, a conference titled “EU-Turkey Cooperation in Central Asia” hosted jointly by the Center for Eurasian Studies (AVIM) and Konrad Adenauer Stiftung brought together almost 150 participants including diplomats, academicians, and experts.

Speakers of the first panel of the conference titled “Promoting Regional Energy Connectivity and Trade in Central Asia” and moderated by Barçın Yinanç, were Mr. Yurdakul Yiğitgüden, Former Coordinator of OSCE Economic and Environmental Activities and former Under-Secretary of Energy and Natural Resources of the Republic of Türkiye, Ret. Amb. Mithat Rende, Former Permanent Representative of Türkiye to the OECD, and Mr. Akram Nematov, First Deputy Director, Institute for Strategic and Interregional Studies under the President of the Republic of Uzbekistan.

In both panels, different aspects of their respective topics were taken up and extensively elaborated on. They ended with a Q&A session. 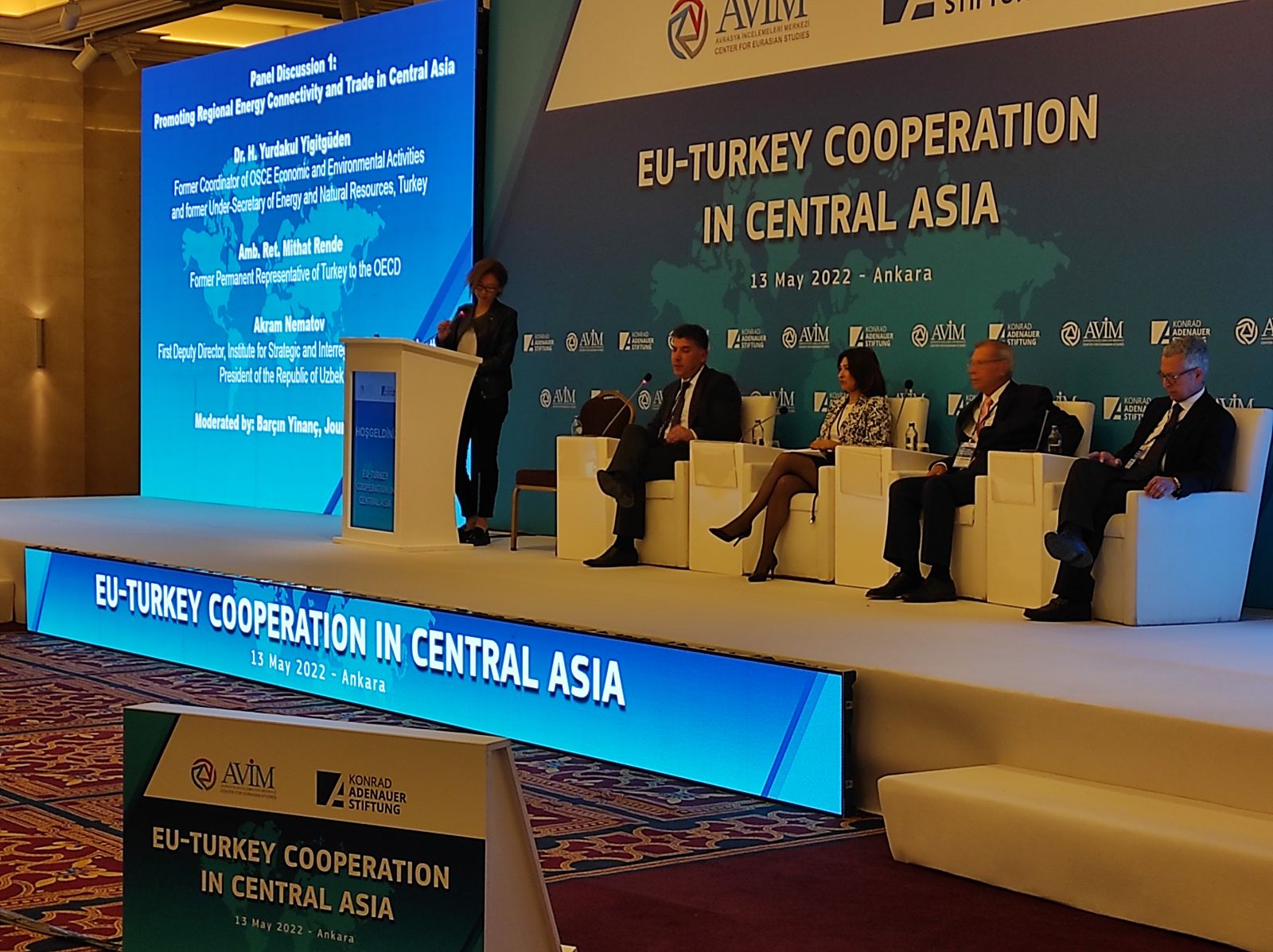 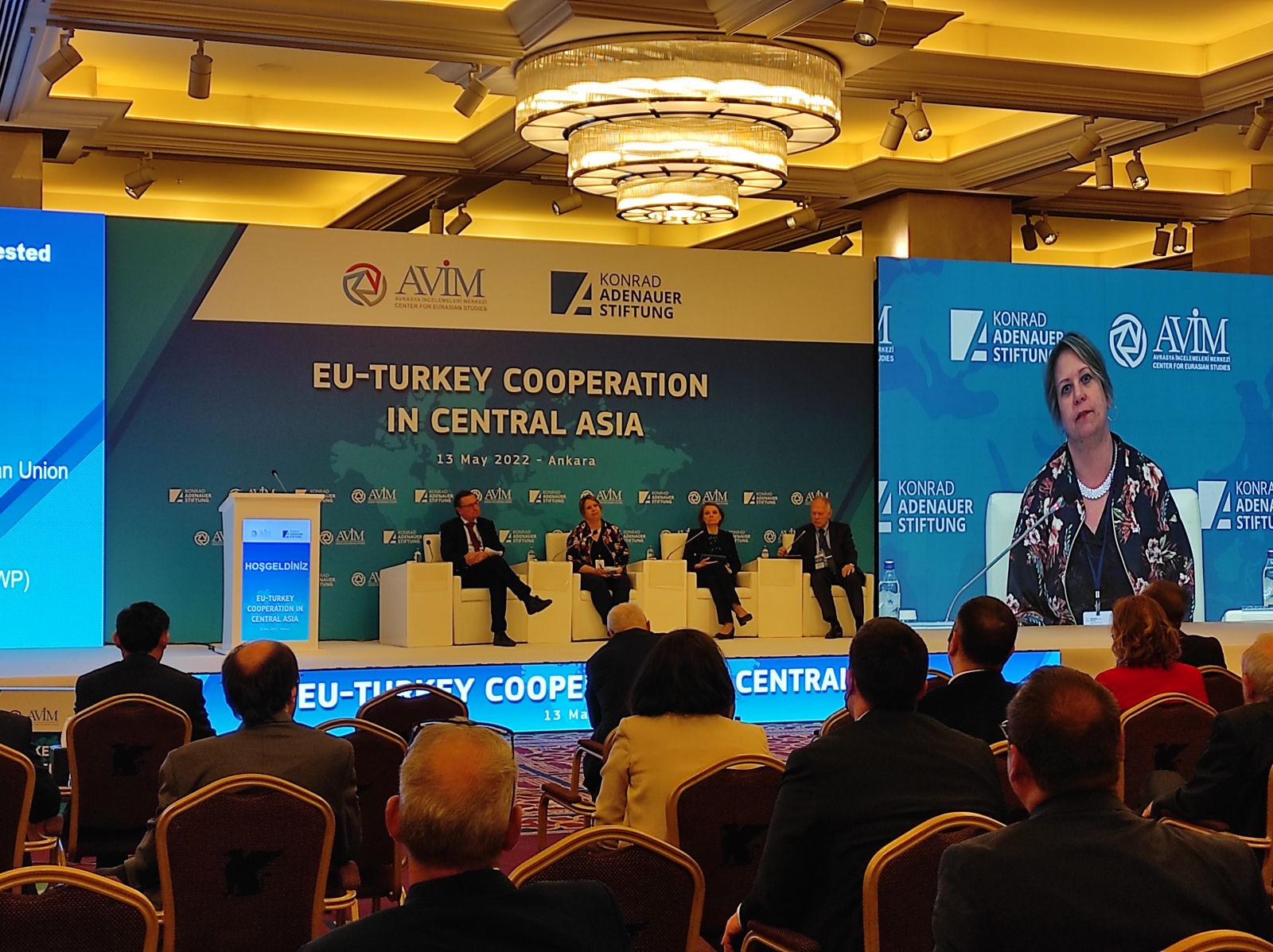