AN APPEAL OF THE ARMENIAN AND AZERBAIJANI CIVIL SOCIETY ACTIVISTS TO THE PRESIDENTS OF ARMENIA AND AZERBAIJAN
Commentary No : 2016 / 63
Turgut Kerem TUNCEL
05.12.2016
7 min read 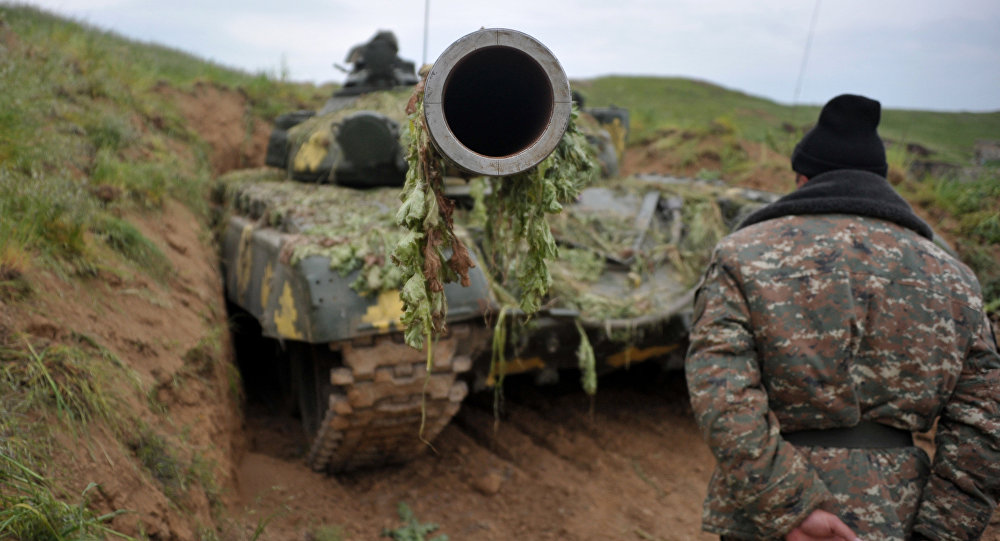 The bloody clashes between Armenian and Azerbaijani armed forces in April 2016 along the line of contact around Nagorno Karabakh and the surrounding regions reminded the international community of the one of the unresolved conflicts in the post-soviet geography. Besides international community, and probably more important than that, the 4-Day War also evoked the memories of the tragic days of the war between Armenia and Azerbaijan, the active phase of which came to an end in 1994 by the Bishkek Ceasefire Agreement, which, however, was not followed by a peace agreement. Today, the war between Armenia and Azerbaijan de jure continues. Unfortunately, it is hard to speak about any progress towards a final peace agreement due to unconstructive attitudes of Armenia and Azerbaijan, and the inefficiency of the OSCE Minsk Group. Recently, the sole effort of the OSCE Minsk Group is contained merely to the prevention of armed clashes.

In this appeal, signatories highlighted devastating consequences of the Karabakh conflict such as IDPs and refugees, absence of economic progress, and the negative perceptions of the Armenian and Azerbaijani youth vis-à-vis each other as a consequence of the lack of communication and interaction between two peoples, and the hardships that the state of war brings about.

The signatories underlined that principally the conflict could be solved not through third party interventions, but by the initiatives of Armenians and Azerbaijanis, and called to initiation of genuine negotiations, a break through the current status quo, ending of the occupation, return of the IDPs to their native lands, and respecting and honoring the resolutions of the United Nations, Council of Europe, UN Security Council and norms and principles of the international law. Arguably most significantly, the signatories called to disregard the “racist views on incompatibility of Armenians and Azerbaijanis and inability of both nations for peaceful coexistence.” In fact, this perspective seems to be what is most needed to build peace and achieve prosperity in the South Caucasus.

To the President of the Republic of Armenia Mr. Serzh Sargsyan

To the People of Armenia

To the President of the Republic of Azerbaijan Mr. Ilham Aliyev

To the People of Azerbaijan

We representatives of Armenian and Azerbaijani people today have came together with aim of discussing the main obstacles and ways of resolution of Armenia-Azerbaijan Nagorno Karabakh conflict which remains unresolved for more than 25 years . The conflict led to death of tens thousands of our citizens and caused for hundreds of thousands of people to become IDPs and refugees, therefore, considering it as our obligation we are making this appeal to you.

After the collapse of the Soviet Union Armenia and Azerbaijan exercising their  right to self-determination have become independent states. However, the civil interstatereletion based on the principles of the international law and the Helsinki Final Act, which is commonly accepted in Europe, failed to prevail in the region of South Caucasus. The consequences of the bloody conflict between the two states still continue to prevent the establishment of the sustainable peace and stability in the region. It is impossible to express all horrors of war by only providing sheer statistics of moral and material damages inflicted upon to both countries regardless of ethnicity, age and sex by the flame of the conflict during the last decades. Nowadays, trenches and mined areas inherent to the scenario of World War II lie along the line of contact of armed forces and  the internationally recognized borders of both countries. Young Armenian and Azerbaijani soldiers in the trenches see each other though the optic scopes of sniper rifles. Perception of new generations growing in both countries about one another are only shaped by the realities of war and hardships that it brings about. The April events once again demonstrated that the resumption of war could lead to the catastrophic consequences. Unlike the 1990s, further development of both countries’ military arsenal and ascension of the military threats to the level of ballistic missiles heralds about the horrifying extent of the risks of war. Otherwise, all the resources spent for military purposes could have been used for the welfare and prosperity of two nations.

-to demonstrate wisdom and courage, not allow falling victim of the past; and look into the future and make lessons learned from the severe consequences of the conflict;

— to accelerate the substantive  and result-oriented talks and put an end to the imitation of negotiations. The immediate resolution of the conflict will give impetus to the economic development of not only Nagorno Karabakh region, but also Armenia and the region as a whole, and will contribute to the peace and cooperation between two countries. In this case, there will be no winners or losers, and it will only create win-win situation both for the people of Armenia and people Azerbaijan.

-to change the current status-quo. It is considered unacceptable and unsustainable by the heads of state of the OSCE Minsk group co-chairs;

-to eliminate the fact of occupation, which forms the fundamental basis of the current status-quo and ensure the withdrawal of the troops;

-to ensure a safe and dignified return of the IDPs to their native lands;

-to understand that today, Azerbaijan is a tolerant, multicultural and developing country, where 30 thousand citizens of Armenian ethnicity live in an free and independent environment and although the conflict they have never become the subject of discrimination. There are not any obstacles for Azerbaijani and Armenian communities to live again in safety and peace in Nagorno Karabakh region of Azerbaijan. Therefore, ungrounded racist views on incompatibility of Armenians and Azerbaijanis and inability of both nations for peaceful coexistence should firmly be rejected;

— To consider seriously as potential compromise deal the recent proposal on establishment Nagorno Karabakh autonomous republic within the boundaries Azerbaijan where all rights, as well as security of Armenian and Azerbaijani communities will be guaranteed;

-Further use of this platform for the purposes of continuing the dialogue of civil societies aimed at contributing to the resolution of conflict.

On behalf of conference participants from Armenian side

On behalf of conference participants from Azerbaijani side