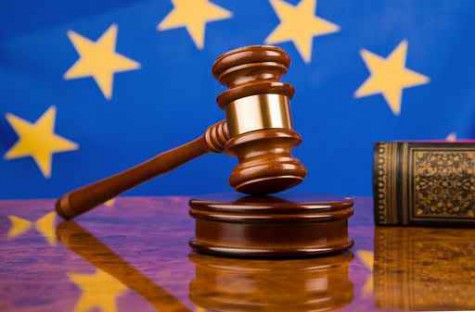 In its December 17, 2013 judgment, the European Court of Human Rights, an organ of the Council of Europe with 47 members, has ruled that publicly challenging claims of Armenian genocide of 1915 does not provide grounds for conviction.

During a conference he attended in Switzerland in 2005, Turkish academician and politician Dr. Perinçek had repeatedly stated that the “Armenian genocide” claims were “an international lie” and highlighted that the policies implemented towards the Armenians during the First World War did not constitute genocide. Armenian associations in Switzerland reacted to Dr. Perinçek’s statements, and applied for legal proceedings against him.
The Lausanne first instance court in which the legal case took place in 2007 convicted Dr. Perinçek of racial discrimination. The conviction was upheld by the Criminal Cassation Division of the Vaud Cantonal Court to which an appeal was made. Political and lobby pressures were clearly apparent in the court’s decision to uphold the conviction. The highest instance Federal Court dismissed a further appeal in its December 2007 judgment.

Having no means left to appeal in Swiss internal law, Dr. Perinçek carried his appeal to the European Court of Human Rights. The international court found the decision of the Swiss courts to be wrong, the way in which Dr. Perinçek’s freedom of expression was restrained to be unfair and ungrounded, and the logic which prevailed in and guided the Swiss judiciary to be invalid. The international court’s judgment no doubt constitutes a great blow to Armenian claims, and serves as a reminder that cannot be ignored by countries which for political and other reasons display sympathy with Armenian claims.

The European Court of Human Rights, in its judgment, stated with no ambiguity that there is no unanimity in the legal characterization of the events in question; that the claim included in the Swiss Courts’ decision that there had been a general consensus, particularly in the academic community, about a genocide having taken place is not valid; and that just as there are those who claim that there had been genocide, there are those with equally valid counterview.

The court in its judgment also referred to some countries’ approaches to the Armenian genocide claims. It is reminded in the judgment that only 20 out of the nearly 190 states that make up the international community took a position in this matter either in their parliaments or in one of the parliament’s chambers. It is also pointed out that none of these were government decisions. In other words, it expresses the understanding that these parliamentary decisions do not go beyond being political declarations; and are not legally binding or carry penal sanctions.
Another point that stands out in the judgment is that the court makes a clear distinction between the Armenian claims and the holocaust crimes committed by the Nazis against Jews because the latter has a clear legal basis, thus putting on record that they are not similar or comparable.

The judgment of the European Court of Human Rights on the Armenian claims has the legal attribute to constitute a precedent and a turning point with regards to those claims. Armenian genocide claims have finally hit a legal dead-end. Accusations of "denialism" that the Armenian extremists are trying to establish have become exposed to the public. Furthermore, in the light of the understanding of this judgment, it is possible to express that the extreme Armenian rhetoric and allegations constitute hatemongering. It is also possible to contemplate the need to begin filing lawsuits against such extreme rhetoric and allegations on the grounds that they constitute a campaign of hate speech, of breeding grudge and hatred, and of disparagement against Turkish people.

The judgment of the European Court of Human Rights of which we have currently merely made a pre-assessment deserves to be handled in a more detailed and visionary way, and merits to be perused in a more in-depth manner.