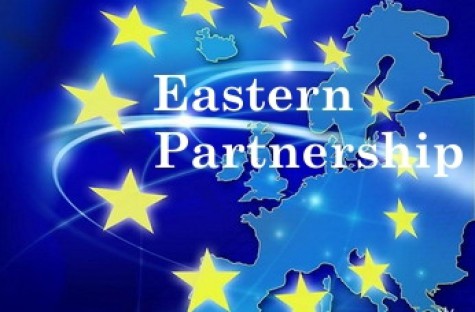 European Union Eastern Partnership Policy (EaP) is a program developed under EU’s Neighborhood Policy in order to deepen the relations with 6 countries[1] located in Eastern Europe and Caucasus that gained their independence aftermath the collapse of Soviet Union and not neither EU nor NATO members yet. Within the framework of various structural regulations, besides the bilateral relations dimension, it includes a multi-lateral dimension as well.[2] Including The Association Agreements, and involves working areas such as strengthening economic and sectorial ties (for instance energy security and works on verification of energy resources, visa dialogues and providing mobility, political dialogue, security issues.[3] The program - which aims to develop both bilateral and multilateral relations between the years 2014 – 2017 - set its main working areas as democracy – good governance and stability, economic integration, energy security and communication among people.[4] To sum up, EaP targets to maintain relationships with the countries that are important in terms of foreign affairs but not ready to be EU members yet in the framework neighborhood policies and via programs that will increase cooperation.

EU, which maintains relations with these countries on the partner countries level, has been facing some challenges lately. For example, Gagauz people who live in Moldova chose the Customs Union - spearheaded by Russia – over EU economic integration terms of access to the labor markets at an informal referendum in the last months. Furthermore, secession of Gagauzia had been talked but the decision had been declined by the Moldavian courts.[5] Also “Kozak Memorandum” that had been brought to the agenda by Russia in 2003 in the Transnistria region had been an unsuccessful initiative on the track to find a solution to the problem. The memorandum that offers a Federal structure for Moldova, with a multi-ethnical population, had been shelved when President of Moldova declined it.[6]  Today, we see that the lack of solution between Moldova and Transnistria continues in terms of choosing between the Customs Union (spearheaded by Russia) or the EU. There is another problematic area, energy dependency, since the solar energy system which meets the energy need of Moldova belongs to a Russian firm named Inter RAO UES.[7] This is also critically important. Even though this does not affect the relations with EU directly, it might create obstacles to EU in terms of its will to diversify energy resources and hubs in the context of long term regional projects. If this situation and process are not governed well, this issue might be a new potential challenge. Besides, Moldova is trying to have good economic relations with EU, particularly in terms of the production and export of wine.

Armenia is another country with good relations within EaP. Armenia chose Russia with Customs Union in the trading area, in September 2013, although it was expected to sign Partnership Agreement with EU after Villus Summit. Armenia also made agreements with Russia lately on security issue that involves long term liabilities.  Russia expended its military base in Gyumri in 2005.[8] Also, Armenia stated the necessity of existence of Russia in the region in their National Security Strategy document adopted in 2007, in order to support Armenia’s security and in terms of balance of power.[9] This situation is not compatible with the packages and conditions the EU set within the context of the content of the agreements. Although it looks like there is no direct link between economic and military matters, since EaP consists on bilateral and multilateral structure, considering the energy factor, in the long term existence of a strong Russian military capabilities in the region and Armenia’s will to provide its security with Russia have the potential to affect both relations and regional balances.

Belarus has close partnership with Russia in every area and as such deeper integration with EU as it has been presented might not be possible.  The constant suspension of relations and stagnant periods in the relations between Belarus and the EU are indicators of this. Also, since Belarus is not a World Trade Organization (WTO) member, further integration with European Union does not seem possible now.[10]

Considering the diversification of its energy resources and continuously deepening relations, it can be said that Azerbaijan, which is the most powerful country in the region both in terms of economic situation and military capabilities, is the most promising country in the region. However, current Nagorno-Karabakh dispute challenges Azerbaijan that has the potential to provide stability in the region. Azerbaijan, which has good relations with Turkey, is also not a WTO member as Belarus and therefore, does not meet the requirements of a deeper economic integration despite its good relations with EU.[11] Even so, the Caspian Sea has been the center for many prominent projects especially recently, and has been seen as an important resource for both companies such as BP and in terms of foreign policies for countries that are dependent on others for energy.

Georgia is another country involved in Eastern Partnership Program in the Caucasus.  Georgia tries to put forward its importance in the region in field of transit and trade by railways, and especially attaches special importance to its relations with the EU. After the conflict with Russia in 2008, Georgia has received substantial financial aid from the EU.  Owing to the ongoing problems with South Ossetia and Abkhazia, and relations with Russia to the level of conflict in recent years because of dispute, Georgia has a critical importance in terms of regional balances and stability. Due to unsteadiness in Georgia’s internal politics, political polarization[12], and problems of governance[13] during the regional crisis like Abkhazia and South Ossetia, Georgia should struggle with the issue of democratization before starting to improve relation with EU.

As the final and the most recent topic, Ukraine is also stuck between Russia and the EU about deeper integration in Europe.  Although Ukraine withdrew its application for NATO, and did not make a new application yet, Ukraine still maintains close relations with the EU and NATO.  However, as shown by the recent crisis in the Crimea, a pro-Russian rebellion can seriously/critically damage internal stability. These developments justified restlessness of the relations with EU and NATO. Statement of the Secretary General of NATO Rasmussen shows that NATO will reconsider its relations with Russia after the crisis occurred in Ukraine. [14] Rasmussen stated that NATO will improve relations with Ukraine and immediate steps should be taken after the urgent meeting with Russian officials on the grounds that Russia had intervened the territorial integrity and sovereignty of Ukraine.[15]  This statement interests many EU members which are already members of NATO.  Also, it is important because of its title, “energy security”. Besides, it can affect process of deepening relations within the scope of EU Eastern Partnership Program.  On the other hand, the crisis in Crimea between Russia and the Western World was perceived as a “Cold War”.[16] Although the current crisis cannot be considered as actual “Cold War”, there are two main things that are not compatible. These are Russian’s Customs Union and EU’s Deep and Comprehensive Trade Agreement.

Considering the raising voices in Ukraine and Moldova and other countries included to the EaP, it is possible for the EU to not to reach a success with the current structure of the program since it faces challenges in the countries that it maintains relations within the framework of the EaP.

Even though it is a program that had been designed in the context of bilateral relations and relations have been maintained among EU and the concerned countries, the Customs Union and bilateral economic relations with Russia do not meet the principles and offered deepening agreements that the EU set. It would be beneficial for the EaP, which is active on the Civil Society area as well, to revise its relations with the concerned countries mentioned above and should reconsider the dimensions of the relations within the program in terms of providing stability and a long-term deep cooperation in the region. In other words, there might be a need for a reform with the program that touches upon the important areas both in terms of bilateral and multilateral relations within the regional context in order to preserve its applicability and potential to success in the long term. A Russia that wants to expand its influence area and deepen its relations with these regions again[17] – Balkans and Caucasus – offers different arrangements while holding its power on energy. In the future EU might bring need for a revision idea according to the developments in the region. [18]

[1] These 6 countries are: Belarus, Moldova, Ukraine, Azerbaijan, Georgia and Armenia.

[2] Bilateral relations among EU Member Countries and the countries included in the EaP have been built within the scope of EaP. Also, there is a multilateral dimension that aims to bring partners together.

[9] Republic of Armenia, National Security Strategy 2007, “approved at the session of National Security Council at the RA President office on January 26, 2007”, http://www.mfa.am/u_files/file/doctrine/Doctrineeng.pdf