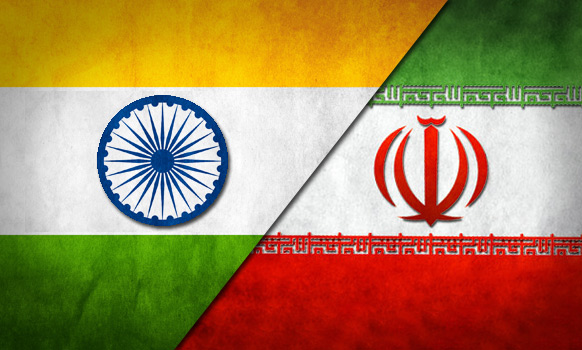 In 2000, Russia, Iran and India established The International North-South Transport Corridor (INSTC) to provide a shorter and convenient maritime route. Belarus, Kazakhstan, Tajikistan, Oman, Armenia, Azerbaijan, Ukraine, Kyrgyzstan and Turkey also joined the three countries to promote the works of the North-South connector.[1] INSTC initiative was frozen for a while due to United Nation’s, United States’ and European Union’s decisions to impose sanctions on Iran.

In the post-nuclear deal era, the project became one of the important regional projects. Chabahar port, as being the main focus point for maritime projects considering China’s strong presence in the Gwadar port in Pakistan, will provide a balanced strategy via creating an alternative route from the Persian Gulf to the North. It will also include Afghanistan, hence create a new trilateral trend in the region. India spent approximately $100 million until 2015 to construct a 220-km (140-mile) road in western Afghanistan, which will link the country with Chabahar port.[2]

On 11 April 2016, Indian diplomatic delegation led by Foreign Minister Sushma Swaraj visited Iran and held meetings with Foreign Minister Javad Zarif, President Hassan Rouhani and Supreme Leader Ayatollah Ali Khamenei.[3] Following the bilateral meetings between Iran and India in mid-April 2016, officials from Afghanistan, India and Iran finalized the draft Chabahar Agreement. Indian Foreign Minister Swaraj and her Iranian counterpart Zarif also discussed on the Chabahar-Zahedan-Mashhad railway link, as a connector among the Chabahar port, Zahedan and Masshhad, Iranian cities on the Iran’s eastern border. Spokesperson of the Ministry of Foreign Affairs of India stated that India will “supply $400 million of steel rails” for the railway link.[4]

Prime Minister of India Modi visited Iran on 22nd of May, and held talks for two days, to seal the deal on Chabahar Port[5] and may discuss many issues with Iranian officials covering UNSTC, Chabahar Port, regional security issues and gas pipeline projects.[6] During Modi’s visit to Iran, 12 agreements signed between two countries which includes an amount of $500 million for the development of Iran’s Chabahar port. The port is seen as an important investment as a gate opening to Afghanistan and Central Asia. Later, Afghan President Ashraf Ghani joined the meetings in order to sign a trilateral transit agreement.[7] Connectivity of Afghanistan in the region will serve to the regional security via boosting economic cooperation and investments in Afghanistan. Modi stated that “Lifting of the international sanctions against Iran has opened up immense opportunities for both the countries, especially in the economic sphere,”  in a speech. "Afghanistan will get an assured, effective, and a friendlier route to trade with the rest of the world." he added.[8] Moreover, both Modi and Ruhani stated that the “today’s agreement is not against any other country”[9] – most probably referring to Pakistan and China’s existence in the Gwadar Port, which is only approximately 100 km away from Chabahar Port.

According to some sources, the initiative among Iran, India and Afghanistan is a response to establishment of China-Pakistan Economic Corridor (CPEC).[10]

Although the financial source is yet to be answered, before Modi’s visit to Iran, India recently announced a $20 billion commitment to be invested in Iran, which will partially also support the development of Chabahar port. On the 9th of April, India’s Minister of Petroleum Dharmendra Pradhan stated that “Pradhan conveyed to the Iranian side that Indian companies could invest up to $20 billion and were interested in setting up petrochemical and fertilizer plants, including in the Chabahar SEZ, either through joint venture between Indian and Iranian public sector companies or with private sector partners,”[11]. Additionally, according to news reports, India is seeking ways to pay its oil debts to Iran but it is still difficult due to complex banking systems. Currently, after China, India is Iran’s second largest oil importer and India’s amount of oil export is increasing.[12]

Currently, Japan also openly stated its interest to invest in Chabahar port. In 2015, Japanese Foreign Minister Fumio Kishid and Iranian Foreign Minister Zarif held bilateral talks in Tehran on economy and the nuclear deal.[13] Also a delegation of Japanese companies visited Koji Haneda port in Iran and they stated that the Japanese companies will provide support to Iran’s projects covering transportation routes.[14] In February 2016, Iran and Japan signed a bilateral deal covering issues on investments.[15] News reports state that Japan’s Prime Minister Shinzo Abe’s plans to visit Iran in late August this year. According to Nikkei, Asian Review, since the sanctions on Iran are lifted, Japan’s PM Abe is interested in strengthening economic relations between the two countries.[16]

Iran held talks and signed agreements with China early this year and Iran’s ambition to become a full member of the Shanghai Cooperation Organization[17] further deepens relations between Iran and China. On the other hand, we can say that Japan also is willing to have an active role in the region via investments particularly on transportation. A strong existence of China in the Persian Gulf, Gwadar port and in Asia with the “One Belt, One Economy” initiative might push Japan to take a more active role in the upcoming years.

Iran, trying to build good relations with a careful manner in this new era, provides a connector going through its lands and a balance among above mentioned actors. Turkey, as a neighbor and as one of the members of INSTC, can add value to such new regional projects. In the new post-sanctions era, considering Iran’s potential in terms of markets that will be open to foreign investors, its rich energy resources that could meet the increasing demand and transportation corridors that will provide connectivity between East and the West most probably via Turkey, we can witness an atmosphere which accommodates competition among actors who want to invest in the Eurasian region. India-Japan-Iran trilateral group is keen to invest in Chabahar port to develop its capacity. Meanwhile, China is believed to be dominant on Gwadar port of Pakistan. Due to political disputes between Pakistan and Afghanistan, despite the efforts to ease the tension, Afghanistan also seems willing to take part in Chabahar Port project and works on transportation links. In the upcoming months, there can be a cooperation particularly on the control of this route which have the potential to reach many regions from Europe to Asia among regional actors.