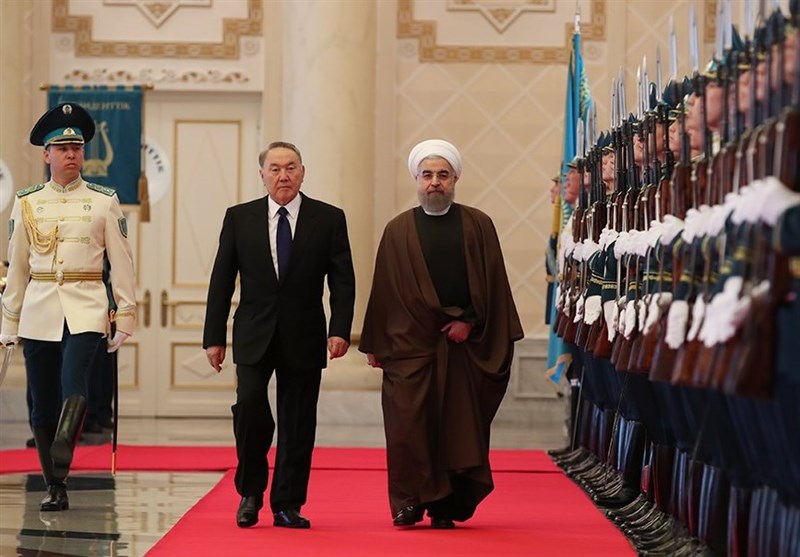 Last week, Iranian President Hassan Rouhani visited Armenia, Kazakhstan and Kyrgyzstan together with senior representatives. Iran’s high level visits aimed at signing Memoranda of Understanding, strengthening mutual relations and discussing regional issues. President Rouhani stated that “Armenia, Kazakhstan and Kyrgyzstan are Iran's corridors to the West, East and North. In the context of the Southern Corridor of China-led One Belt One Road initiative, Iran’s attention towards Central Asia is increasing since the transportation and energy corridors of the project pass through Central Asian countries, Iran and Turkey. In furtherance of this point, Iranian Deputy Foreign Minister Ebrahim Rahimpour put emphasis on the importance of Central Asian countries for Iran stating that "Bolstering ties with friendly countries in Central Asia tops Iran's foreign policy," during his visit to Bishkek.[1] For example, in May 2016, a new railway route passing through China-Kazakhstan-Turkmenistan-Iran was successfully tested. This new route is worth to focus on since it reduces the time from 45-50 days down to 14 days to deliver a product from China to Iran. The westward direction of the transportation corridor would have to pass through Turkey and reach the European markets.[2] Iran is the shortest and less complex route for Central Asian countries to reach European markets over Turkey; Central Asia is the shortest direction for Iran to establish connections with China. Besides east-west routes, north-south corridors are also on the agenda of the countries in the region. For instance, an initiative called North-South Transportation Corridor constitutes the northern links of the transportation corridors.

Armenia and Iran have already been developing good ties, particularly on energy and transportation fields.[3] Although Armenia is highly dependent on Russian energy resources and investments, a limited amount of natural gas flowing from Iran to Armenia make both countries important trade partners for each other. In addition to bilateral relations, Iran’s projects to reach its northern neighborhood, particularly to the Black Sea via Georgia, add another dimension to Iran-Armenia relations. During President Rouhani’s visit, talks between leaders of two countries focused on mutual cooperation on different areas and the two leaders issued a joint statement. Iranian president touched upon the main areas of discussions and agreements at the speech he made at his visit to Armenia. He stated that both countries will strengthen relations in many fields such as; energy, Persian Gulf-Black Sea transportation corridor, business relations and investments, banking and terrorism.[4]

Transportation was one of the top agenda items at the talks between Iranian and Kyrgyz leaders. The two countries signed agreements covering social matters and a program on cooperation for 2016-2026. Preparation of a long-term program and a common understanding on developing regional projects, signal Kyrgyzstan’s role not only as a corridor to connect east-west corridors with China, but also Iran’s interest to develop good ties with this Central Asian country. China-Kyrgyzstan-Uzbekistan-Turkmenistan-Iran railroad and Shanghai Cooperation Organization were also discussed. Underlining the importance of the railway project, Kyrgyz President Atambayev stated that “…It will be one of the main issues during my upcoming visits to Uzbekistan and China”.[7]

Considering the fact that both Kazakhstan and Kyrgyzstan are members of Shanghai Cooperation Organization, Iran is likely to seek for further support more actively for its membership to the organization. Iran has openly declared its interest to join SCO, however, it wasn’t actualized due to sanctions. In the post-nuclear deal era, Iran has repeated its interest, and both China and Russia, along with other members, has supported Iran’s membership prospects. Ultimately, SCO might provide a platform for Iran to increase its economic role in the region and help both Iran and China, as well as Russia and Central Asian countries, to strengthen ties.

Moreover, Armenia, Kazakhstan and Kyrgyzstan are members of Russia-led Eurasia Economic Union. During his visit to Kyrgyzstan, President Rouhani said: “Since Kyrgyzstan is a member of the EAEU, relations with Kyrgyzstan and the whole EAEU can affect our economic ties, and we hope that the union will take proper decisions in this regard during its meeting on December 26,”[8] and openly declared his interest in strengthening ties with EEU.

As Iran is seeking for new markets and partners in the post-nuclear era, its relations with the eastern-initiated initiatives and institutions are getting stronger. Iran signed agreements with the Western countries such as France and Italy on specific sectors, however, Iran is developing ties with the eastern countries and institutions as well on structural bases. Although the process towards joining SCO and strengthening ties with EEU is subject to legal regulations and agreements, it is still on the table.  It will take some time to fulfill the requirements. Yet, taking into account Iran’s role to connect Asia-Europe, further steps to support regional projects should be taken by all parties.