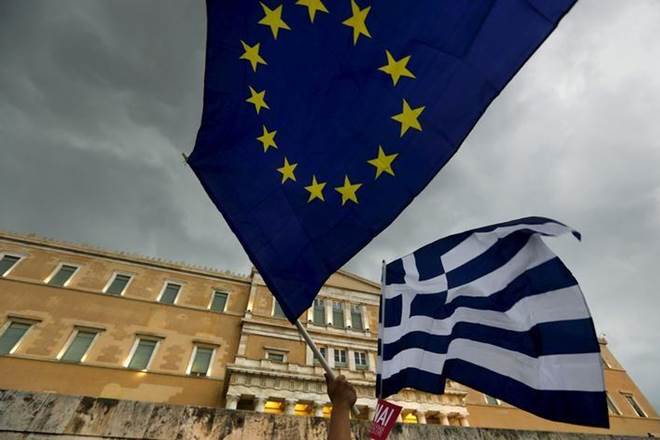 In June, at a meeting of the United Nations Human Rights Council, an EU statement criticizing China's human rights record was blocked by of one its members, Greece. It is reported that this was the first time the EU failed to make a statement in the UN Human Rights Council. Greece’s move was heavily criticized by many, including human rights groups and EU officials. While Human Rights Watch said it was “shameful that Greece sought to hold the E.U. hostage”,[1] an EU diplomat described Greece’s move as “dishonourable, to say the least.”[2]

The Greek Foreign Ministry defended its move by calling the EU statement “unconstructive criticism of China." Regarding Greece’s veto on the EU statement, a New York Times article quotes a Greek Foreign Ministry official as saying “when the stability of a country is at stake, we need to be more constructive in the way we express our criticism […] because if the country collapses, there will be no human rights to protect,” which is rightly described as an “odd” explanation by the authors of the article since “China’s stability does not appear to be at risk.”

Indeed, it is not China, but Greece that is at risk in terms of stability due to its fragile economic situation in recent years. Although Greece’s troubles that began with the debt crisis in 2009 is far from being resolved, bailout funds provided by the troika (European Commission, International Monetary Fund, and the European Central Bank) in exchange for reforms and austerity measures, have been a source of relief for the Greek economy. Yet, China has been also a saving hand for Greece’s economy.

For instance, last year, China’s largest shipping company and the owner of the world's fourth largest container fleet, China COSCO Shipping, acquired a 51 percent majority stake in the Greece’s largest port, Piraeus, for 280.5 million euros, to use the port as a transshipment hub for trade between Asia and Europe as part of its Silk Road project.  The State Grid Corporation of China also acquired a 24 percent stake in Greece's power grid operator ADMIE for 320 million euros.[3]

Furthermore, Greek PM Tsipras and Chinese President Xi Jinping came together during Tsipras’ visit to China on the occasion of the Belt and Road Forum for International Cooperation, and agreed on further strengthening cooperation in infrastructure, energy and telecommunications. At the same time as Tsipras’ visit, it was announced that Greek infrastructure development group Copelouzos has signed a deal involving a total investment of 3 billion euros with China's Shenhua Group to cooperate in green energy projects and the upgrade of power plants in Greece and other countries.[4]

It should be also noted that while 2017 was declared as China-Greece Cultural Exchanges and Cultural Industry Cooperation Year, China will be the “country of honor” at Greece’s annual Thessaloniki International Fair to be held in September.[5]

Given its “weak” economic and financial state, by blocking the EU statement, Greece definitely wanted to avoid the consequences of irritating China, which has made serious investments in the country. Amid austerity measures demanded by EU, China has been a vital source of cash for Greece, leading Greeks to sympathize with China. Clearly, it is for its reliance on Chinese wealth and investment that Greece went to the extent of going against the policy of the EU of which it is a member state, marking the first failure of the EU to condemn China's human rights record in the UN Human Rights Council.

In an interview she gave shortly after Greece’s decision to block the EU statement, German Chancellor Merkel made statements which were interpreted as having indirect messages to Greece. Commenting on China’s influence on economically “weak” countries such as Greece and the over-dependence of such countries on China, Chancellor Merkel said “reciprocal dependencies are increasing and the balance is constantly shifting. Europe has to work hard to protect its influence and above all it has to speak with China in one voice”.[6]

Chinese investment has been a common attraction for most countries from the East to the West. China’s Silk Road initiative and its economic prospects have been of interest to EU countries as well, and these countries have enjoyed significant Chinese investment. Moreover, it is also possible to say that the policies of the Trump administration has also drawn the EU closer to China in specific issues such as climate change.

Nevertheless, the EU have been always critical towards China with regards to human rights issues. However, as mentioned above, for the first time ever, the EU failed to speak against China in “one voice” due to Greece. Last year, Chinese President Xi Jinping had called Greece “an important strategic partner and China's most reliable friend in the EU”.[7] Indeed, Greece’s move appears to be in line with President Xi Jinping’s description.

Ultimately, Greece’s very close ties with China appears to have caused grumblings within the EU for it revealed that it could pose serious danger for the EU’S ability to act in unison. However, this is not the Greece’s first relationship with a country that have bothered the European bloc. Greece’s as well as the Greek Cypriot Administration’s relations with Russia have been also the theme of such disturbance. Vulnerable and small countries are known to resort to such maneuverings, to playing big powers, in order to attain their interests. Another neighbor of Turkey, Armenia, which enjoys a privileged status in the eyes of the EU, is also a good example of such countries as it has been playing both the EU and the EEU, as well as NATO and CSTO. It appears that the EU, which often loses focus outside its territories, has a lot of self-reflection to do regarding the position of its members and the Union’s relations with certain “privileged” countries.