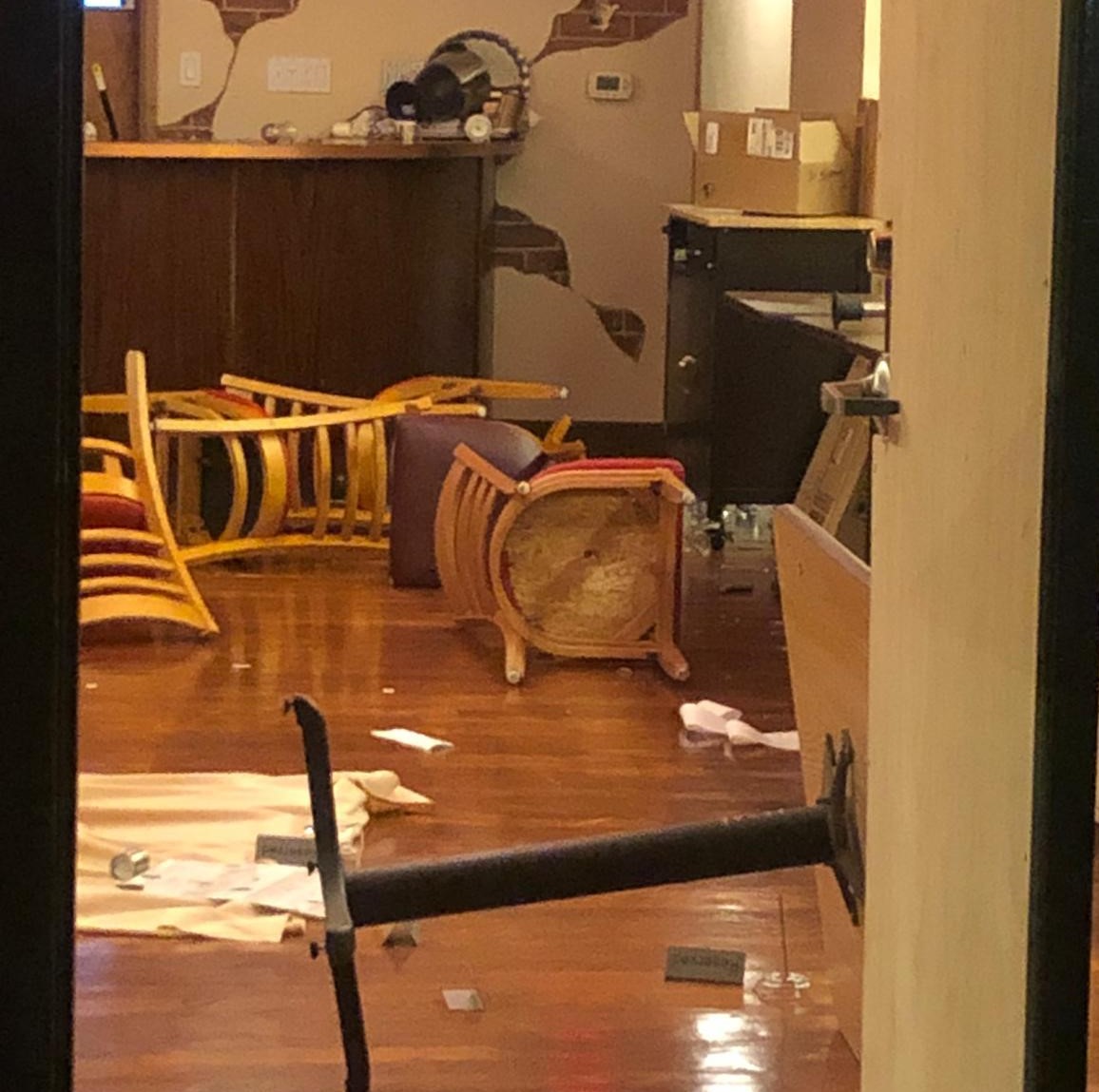 Ever since the outbreak of the Second Karabakh War, the Turks living abroad, particularly in the United States, have been the victims of hate speech and crimes at the hands of the fanatical members of the Armenian diaspora and their supporters around the globe. Whether ordinary citizens running their own small businesses or professionals who excelled in the institutes they work, Turks are being targeted by Armenian gangs or fanatic spokespersons because of their identity.

On 4 November, a group of eight Armenians entered Cafe Istanbul, a restaurant serving customers for eight years in the city of Beverly Hills (Los Angeles, California/USA) at about 9 p.m. They made pro-Armenia comments, destroyed property, and physically attacked its employees. The attack caused material damage to the restaurant as well as causing a deep shock for the owner, employees, and the customers.

In a statement subsequently released, the local police department referred to the attack as a “hate crime.”

Turkey’s ambassador to the United States called on the Los Angeles mayor to condemn the “racially motivated hate crime” by extremist Armenians, saying “members of the Turkish American Community in Los Angeles who are also your constituents expect you to stand by them now.”  Meanwhile, the Beverly Hills mayor called the assault an “unacceptable act of hate and violence.”

A week earlier, an internationally recognized Turkish scientist, Bilge Yıldız, who is a profesor of Nuclear Science and Engineering, as well as of Materials Science and Engineering at the Massachussets Institute of Technology was attacked by three ultranationalist Armenians when she attented a conference at Harvard University and had become another victim of a hate crime. Undoubtedly in choosing their target, the Armenian attackers were motivated by her Turkish origin.

Similarly, in order to intimidate and silence Turkish academics as well as students and to make them the object of further hate crimes, the Armenian National Committee of America (ANCA) has been publishing names and CVs of Turkish academics and PhD students. ANCA would bear a direct responsibility and could be legally held responsible for incitement if any of these individiuals were harmed by the fanatical members of the Armenian Diaspora in the US.

The campaign on the part of the extremist Armenians to indimidate and silence and prevent Turkish citizens, students, and scholars took even more a brazen form at the University of Utah (Salt Lake City, Utah/USA). An Armenian student supported by the diaspora launched a villification campaign against the Turkish American scholar Hakan Yavuz, an internationally recognized professor of political science at the University of Utah, and repeatedly demanded that Yavuz’s tenure at the university be immediately terminated because she found his teachings, in a class she neither took and nor audited, unacceptable. The audacity and the arrogance of these extremist groups have reached such levels that they even feel entitled to dictate contents of a class given by Turkish academics. The department and the faculty stood behind the Turkish professor, arguing that his freedom of research and speech are protected by the university regulations in addition to noting the countless other letters of support in favour of Professor Yavuz received from the current and former students and colleagues.

These incidents are some examples to demonstrate a worrisame trend and pattern on behalf of the extremist Armenian groups and individuals in their campaings of hatred targeting Turks. In order to prevent and halt these wanton acts from repeating themselves, the American public needs to name and shame these perpetrators and send a clear message that such acts are not welcome. Furthermore, the federal and state politicians too will have to stop overlooking these crimes of hatred for the sake of winning Armenian votes and financial support for their political campaigns. Otherwise, these emboldened Armenian extremists will cause further and greater embrassments for the US and, more importantly, will harden the lives of Turkish Americans.