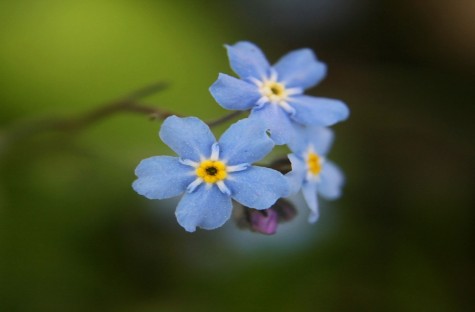 Armenia announced that they will participate in the Eurovision 2015 with the song called “Don’t Deny”. It is stated that the song will be performed by the group “Genealogy” whose members will be comprised of 6 musicians of Armenian descent from the Armenian Diaspora in 5 continents and Armenia. In the official web site of the Eurovision, it is reported that the aim is to symbolically unite the new generation of Armenians on stage whose families once spread all over the world in 1915.[1] The slogan of the group is declared as “Building Bridges”, inspired by the “forget-me-not flower”.

Armenia, which withdrew from the Eurovision song contest in 2012 due to its venue, Baku[2], disregards values identified with the contest such as multiculturalism and cohabitation and insists on participating with a song containing political messages. The rules of this contest - held since 1956 without interruption - clearly states that the lyrics of the songs performed in the contest should not contain any political message.[3] Yet the name of Armenia’s song and the way the group was formed already started a political debate.

Armenia's efforts to turn the Eurovision into a political platform outside of its purpose drew negative reaction. Therefore, the Eurovision officials announced that they will scrutinize the song. With this examination, Eurovision being the focus of these debates overshadows the prestige of such an organization with a 50 year history. As a matter of fact, there are already campaigns to disqualify Armenia and France through the web site change.org.[6]

[1] “The idea is to unite a new generation of Armenians on stage whose families once spread all over the world in the year 1915.”, http://www.eurovision.tv/page/news?id=armenia_to_be_represented_by_genealogy

[6] EBU should disqualify Armenia and France from the contest