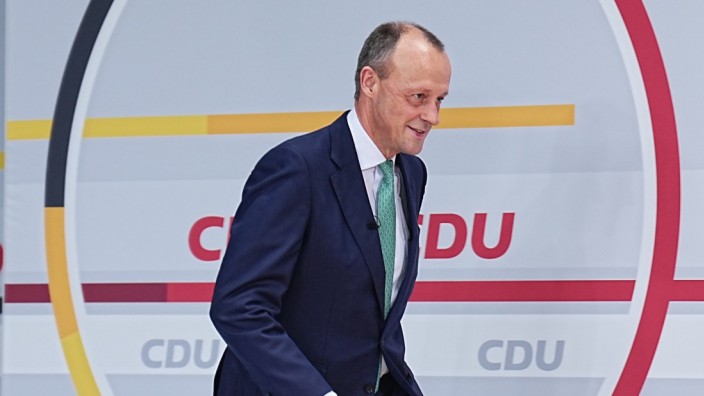 At the digital congress held following the ending of Angela Merkel’s incumbency, Friedrich Merz received 96.6% of the votes and was elected chairman. Friedrich Merz took first place against Norbert Röttgen and Helge Braun with 62 percent of the votes in the trend survey held on December 2021.

Friedrich Merz has been campaigning hard for the chairmanship of the CDU since 2018. He lost the chairmanship to Annegret Kramp – Karrenbauer in 2018 by a narrow margin. Merz’s aim is to regain the lost votes from the AfD (Alternative for Germany) party. However, he must have realized that he has to focus on his racist rhetoric for this, and he does not have any problems in this regard.

Like most CDU politicians, he is above all a pragmatist; he is a politician who is able to reveal his personal preferences but is still conscious of the limitations placed on his office. Therefore, in the end, he will choose the tactic that wins the most votes for his party.

Therefore, since his return to politics, it is not surprising that his focus has been on alleviating fears of a possible return to right-wing policies. As his party, unlike the “old enemy” Greens party, does not have “enough young party members and not enough female members”, he repeatedly praised the Greens. This can be given as another example of how deep the vote anxiety is.

He also continues to reject any cooperation or partnership with the AfD. Reiterating his statement in December in which he labeled the party as “Nazis” and accused it of antisemitic rhetoric, he said that anyone who raises their hand to work with them (AfD) could face expulsion the very next day. He also apologized for his past homophobic remarks and even pledged to grant (LSU) status to the CDU’s LGBTQ association, Lesben und Schwule in der Union[1]. Thus, Merz, who wanted to transform the CDU back into the party of “traditional conservatives”, stated that he saw it as a method to prevent voters from radicalizing, leaning towards the extreme right or identifying themselves with the left[2].

Although Merz’s manner can be associated with the extreme right, it would not be wrong to say that the votes of the CDU that was lost to the AfD are the basis of his motivation. Regarding his thoughts on Turkey, he said that Turkey was “blackmailing” on the subject of the refugees and that Turkey needed to be persuaded to put an end to this discourse. Furthermore, he also stated that Turkey should receive more financial aid for opening her doors to the refugees and hosting them[3].

Although Merz, like most EU politicians, objects to Turkey’s full membership, he does not adopt a stance in favor of breaking relations with Turkey completely. He argued that relations with Turkey could be established similarly to the trade agreement with England. At this point, Merz’s attitude mostly appeals to German domestic politics and stems from the concern for votes. Therefore, it is possible to say that he has a different attitude from the Turcophobic and xenophobic approach that we have seen before.